The iTunes 99 Cent Movie of the Week: ‘Zoolander 2’ 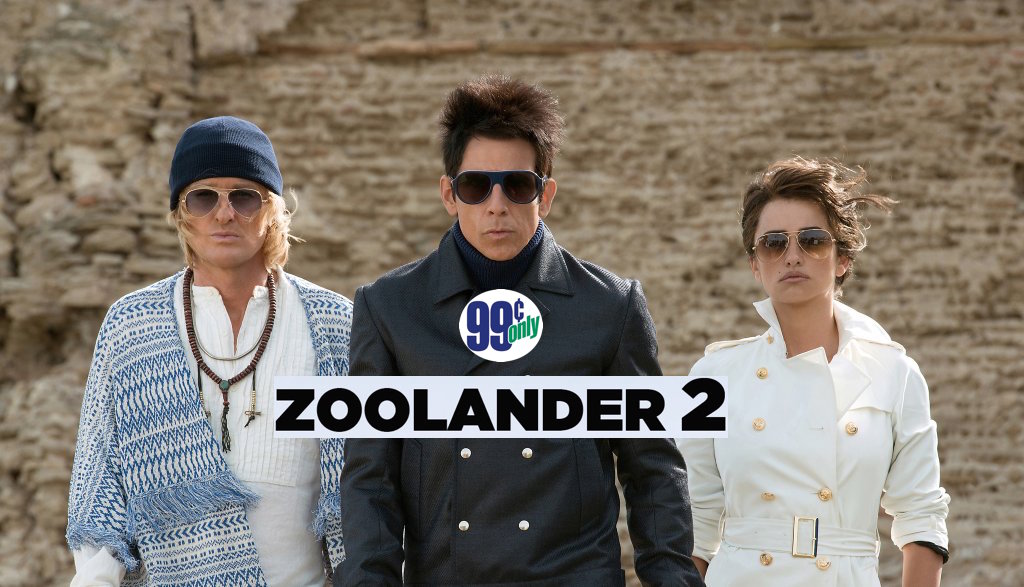 You’re the Most Narcissistic Person I’ve Ever Met

Someone is killing the world’s most beautiful pop stars. And there’s only one man who can stop them – Eric Toolander. No wait, it’s Zoolander. Derek Zoolander (Ben Stiller). But the once king of male-models has been in hiding since a fateful tragedy cost him his wife, his son, and his livelihood. There’s only one thing that can coax him back into the world – a chance to reclaim his spot at the top of the modeling world. And maybe a shot at reconnecting with his erstwhile bestie Hansel (Owen Wilson) and his estranged son Derek Jr. (Cyrus Arnold). ‘Cause they’re important too.

But once Zoolander is back in the spotlight, he quickly finds himself at the center of a sinister plot to … honestly, I forget what that plot was all about. I can say the same for the rest of Ben Stiller’s Zoolander 2 – a really, really, really, ridiculously unnecessary sequel. 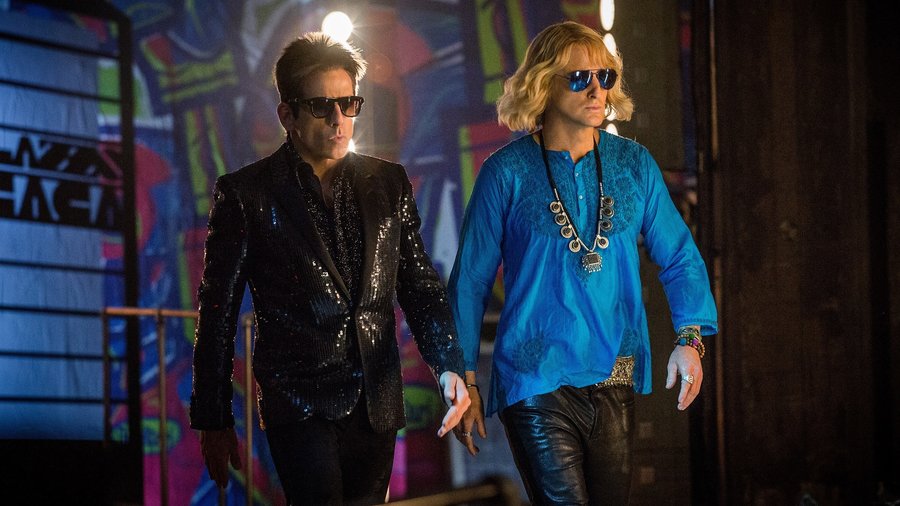 But That’s Not How I See Myself

It’s hard to believe that 15 years have passed since Writer/Director/Star Ben Stiller mugged his way through the biting and brilliant Zoolander (2001). It’s even harder to believe that, after so much time, there was any real need to revisit the character. But here we are with Zoolander 2 – a film as mindless and shallow as its own protagonist. That was actually a good thing in the original film. Much of Zoolander’s comedic edge was spawned from Stiller’s skill at satirizing the trifling nature of the fashion industry and celebrity culture while also taking part in it. Zoolander 2 takes a similar track to far fewer laughs.

It’s easy enough to see how that happened. Zoolander 2 is a sequel, after all. And sequels are a challenging prospect. Multiply those challenges by infinity when you’re talking about a comedy. The stakes need to be higher. The set pieces need to be bigger. And the jokes need to be funnier. Stiller desperately attempts to up the ante on all fronts. But Zoolander 2 follows its predecessor’s formula a little too closely. Every attempt at the satirical, absurdist comedy that made Zoolander so much fun just falls flat. Every outlandish scenario is forced and trite. And when Will Ferrell returns as the villainous Mugatu late in the film, they feel downright lazy.

Still, cast and crew go to great lengths to make Zoolander 2 feel bigger and better than the original. The one area where they succeed is in the film’s endless stream of celebrity cameos. You’ll see a slew of familiar faces pop up on-screen every two seconds or so. Sometimes those cameos are hilarious – like Kiefer Sutherland’s expectant father (or mother?). Other times they’re just plain awkward – like CGI Fred Armisen as a precocious 11-year-old. Benedict Cumberbatch’s turn as a genderless supermodel named All is positively inspired. Right up until Stiller and Wilson spoil the scene with a series of infantile ‘hot dog or bun’ cracks. Lost in the mix is the boundless talent of Penélope Cruz who has little more to do than show her cleavage and fumble over her lines.

Just a reminder that Cruz is an Oscar Winner. And a supremely gifted actor. She’s better than this adolescent garbage. But so is everyone involved. Even you, Billy Zane. You’ll know that about five minutes into Zoolander 2. What you chose to do with that information is up to you. 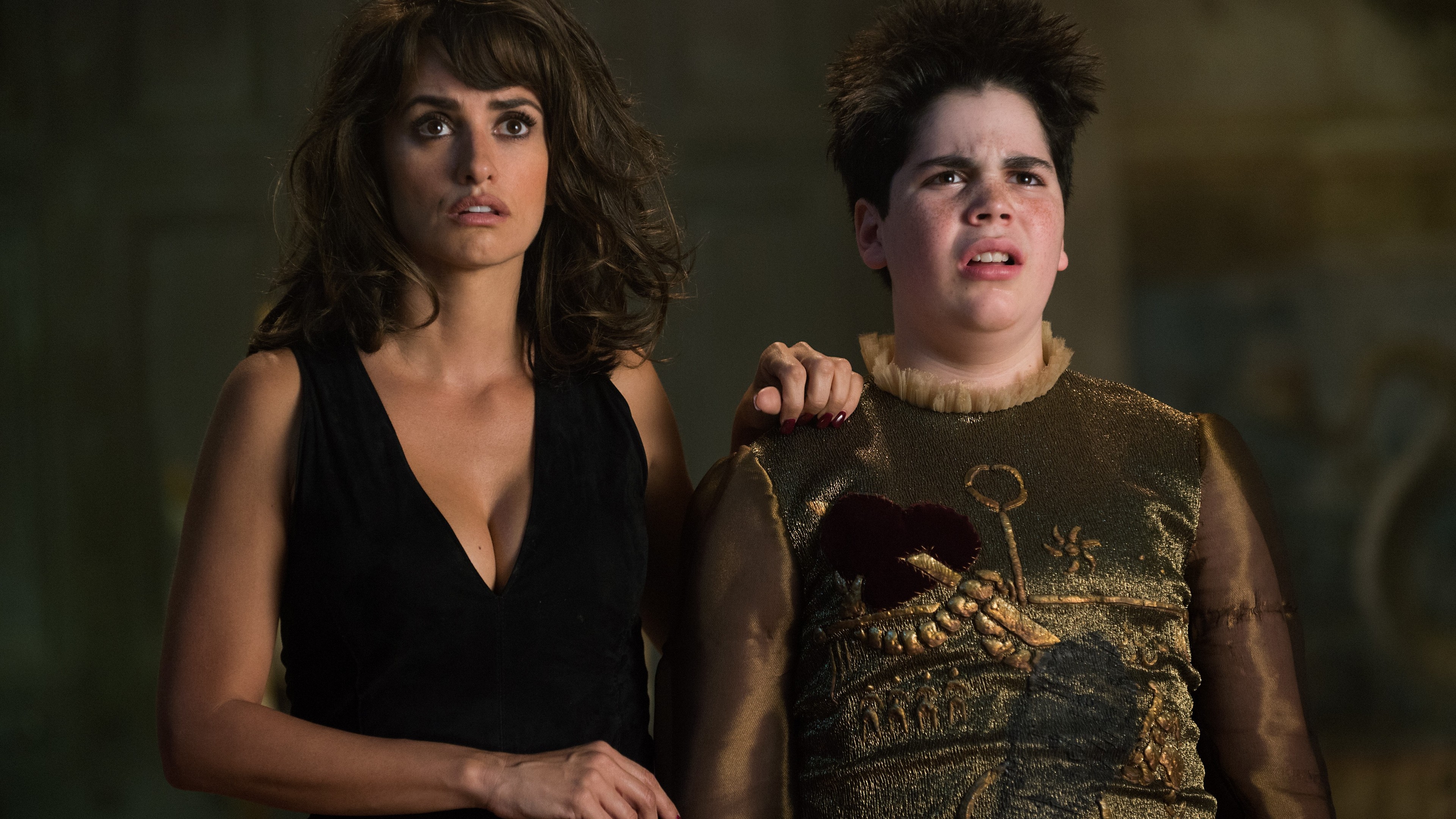 Minus a couple of clever moments and a few belly laughs, there’s not much to like about Zoolander 2. It’s boring and uninspired and – worst of all – it isn’t funny. Save your dollar this week. And save yourself nearly two hours of mind numbing would-be satire in the process. But if you’re in dire need of a Ben Stiller fix, you might think about putting that dollar toward a Zoolander (2001)/Tropic Thunder (2008) double feature. That’ll cost you about eight dollars and a little over three hours. But you will laugh. You might even cry … from all the laughing. And you’ll remember that Ben Stiller is a really funny guy. Not to mention a gifted comedic filmmaker. Let’s just hope that we’ve seen the last of Derek Zoolander.