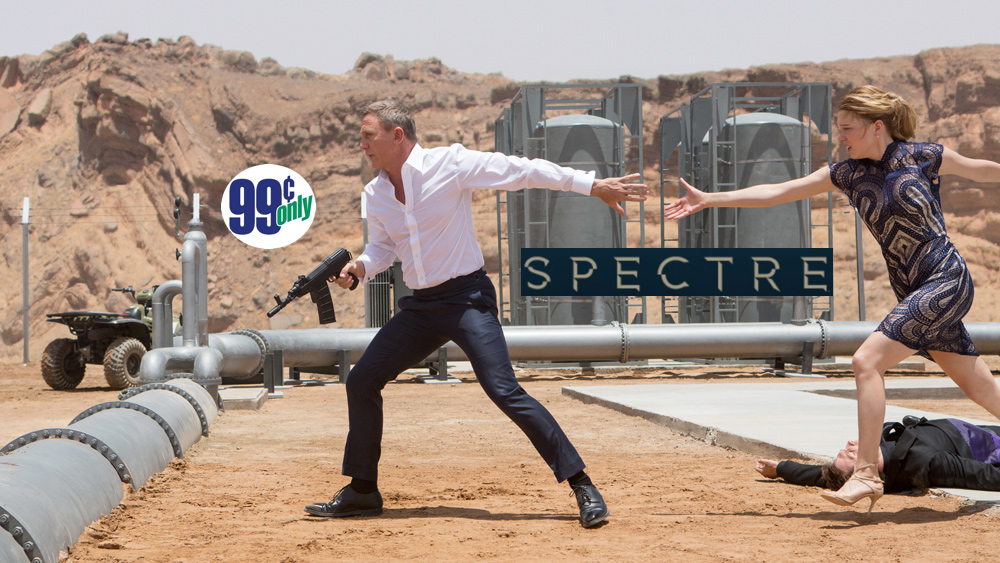 You Are a Kite Dancing in a Hurricane, Mr. Bond

On a clandestine mission in Mexico City, super-spy James Bond (Craig) stumbles onto the trail of a sinister organization bent on world domination. That organization goes by the oh so spooky moniker, Spectre. And Bond will not rest until he’s brought them to justice – or at least to a bullet. But Bond’s own checkered past and an uncertain future stand in the way of justice. That future is controlled by a British government that wants to shut down 007’s Double-0 spy program forever.

With danger flying from all directions, Bond sets off on a mission to bring down Spectre and prove the worth of Her Majesty’s Secret Service. No building is too big to blow up. No car too expensive to crash. No martini too stirred to drink. No woman too sexy to ignore. Yep, Spectre sounds like a James Bond movie alright. Too bad it never feels like one. Sloppily written, poorly executed, and devoid of drama or humor, Spectre is a James Bond film that misses the mark in every possible way. 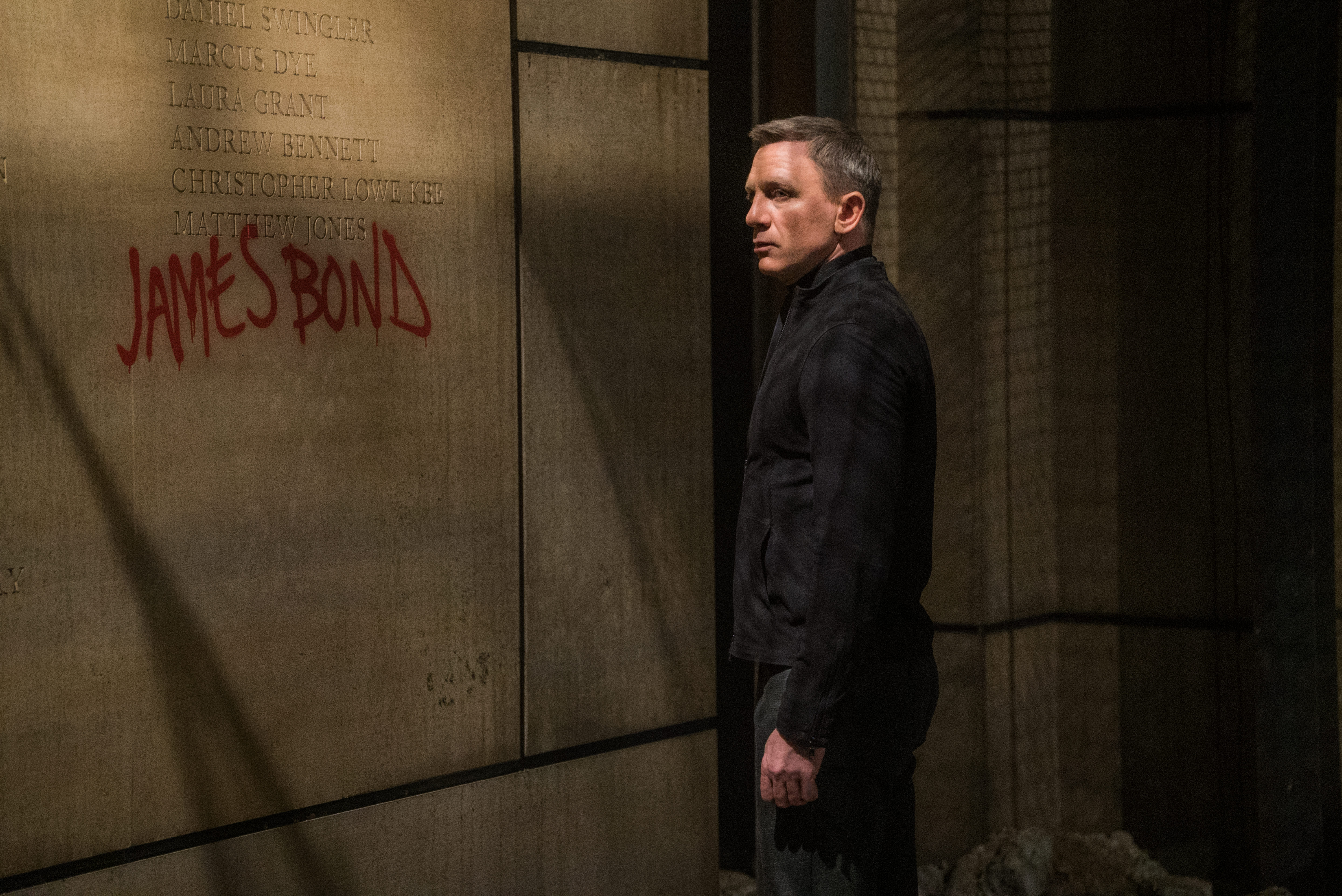 This Organization, Do You Know What It’s called?

What a mess Spectre is. And what a disappointment that it is such a mess. The franchise looked to be in good hands after Director Sam Mendes knocked Skyfall (2012) out of the park a few years ago. Mendes brought a more grounded approach to the film and lent an air of humanity to the franchise. James Bond felt like a human being again. That humanity was desperately needed after the failure of the lifeless, overblown Quantum Of Solace (2008). With most of Skyfall‘s production crew returning for Spectre, the franchise seemed poised to take the Bond mythos into bold new directions in terms of both character and action.

But then it doesn’t. Not that the action doesn’t deliver. Lots of things blow up in Spectre. The film even opens with a spectacular, four-minute+ long tracking shot through the streets of Mexico City. Those streets are packed with Day of the Dead festival goers. Mendes drops viewers right into the middle of the action with no setup – just a swarming crowd clad in costumes of skulls and bones. The film’s opening shot of a giant skeleton parade puppet is a startling piece of imagery and foreshadowing. We soon find Mr. Bond behind a wicked cool skull mask of his own. He’s in Mexico on a mission. If you know Bond, then you know his missions usually mean that people are going to die. And people do die. Just how many is left to the imagination. It’s in this gray area that Spectre begins to go wrong.

The problem is that in bringing down his mark, Bond also brings down a couple of apartment buildings – about two city blocks worth. Don’t worry, Bond gets out with nary a scratch. The film has a lot of fun with that fact as Bond lands on a cushy sofa amongst a sea of rubble. There’s no regard paid to the countless other human beings buried beneath the crumbled structures. The action twists into a foot-chase and a brainless helicopter fight (in which Bond tries several times to knock out the pilot in mid-flight – while fighting off another baddie), but I couldn’t stop thinking about all the innocent lives lost in the process. The number has to be in the hundreds. The scene itself plays a little too close to the horrific images that cross TV screens with alarming regularity these days. And it sets an ominous tone for the incoherent story that follows.

It’s Screenwriter John Logan who shoulders much of the blame for Spectre‘s incoherence. Logan has been one of the more reliable writers in film (The Aviator – 2004) and television (Penny Dreadful – 2014) for a couple of decades now. None of the insight or wit from his previous work is on display in Spectre. Jokes fall flat. Dialogue is laughable. Story arcs even more so. From start to finish, Spectre plays like a series of cliché dramatic scenes spliced into a gigantic chase scene. A chase scene that ends with whimper – not a bang. Along the way, there’s little that Mendes or Craig can do to breathe life into the story. Same goes for Ralph Fiennes. And Christoph Waltz. And Naomie Harris. And Rory Kinnear. And Ben Whishaw. Don’t even ask about Monica Bellucci and Léa Seydoux. Spectre gives neither actress much more to do than look pretty and get seduced. Viewers should not suffer the same fate. Minus the wit, the glitz, the class, or the humanity we’ve come to expect from the 007-verse, there’s simply nothing seductive about this Bond. Or this Spectre. Ignore its sleazy charms and know that you deserve better.

No. Spectre is not worth your dollar this week. At 148 minutes, it’s not worth your time either. Avoid it at all cost – and pray that the franchise’s producers will put a little more thought into Bond’s next chapter. Pray that Daniel Craig does not return to the role as well. Solid as he was in his first three Bond outings, Craig brings little intrigue and even less humanity to the super-spy this go round. Now is as good a time as any to bring fresh blood into the 007-verse. It’s a good time for Craig to go back to being an actor, too. ‘Cause he used to be one. If you need proof of that fact, consider putting your dollar toward a little film called Enduring Love (2004). Directed by Roger Michell, the film co-stars Samantha Morton and Rhys Ifans … and it’s all the proof you need that there’s a gifted actor under Craig’s chiseled features. It’ll only cost you $3.99 to find that out. Enjoy! Here’s a little teaser.