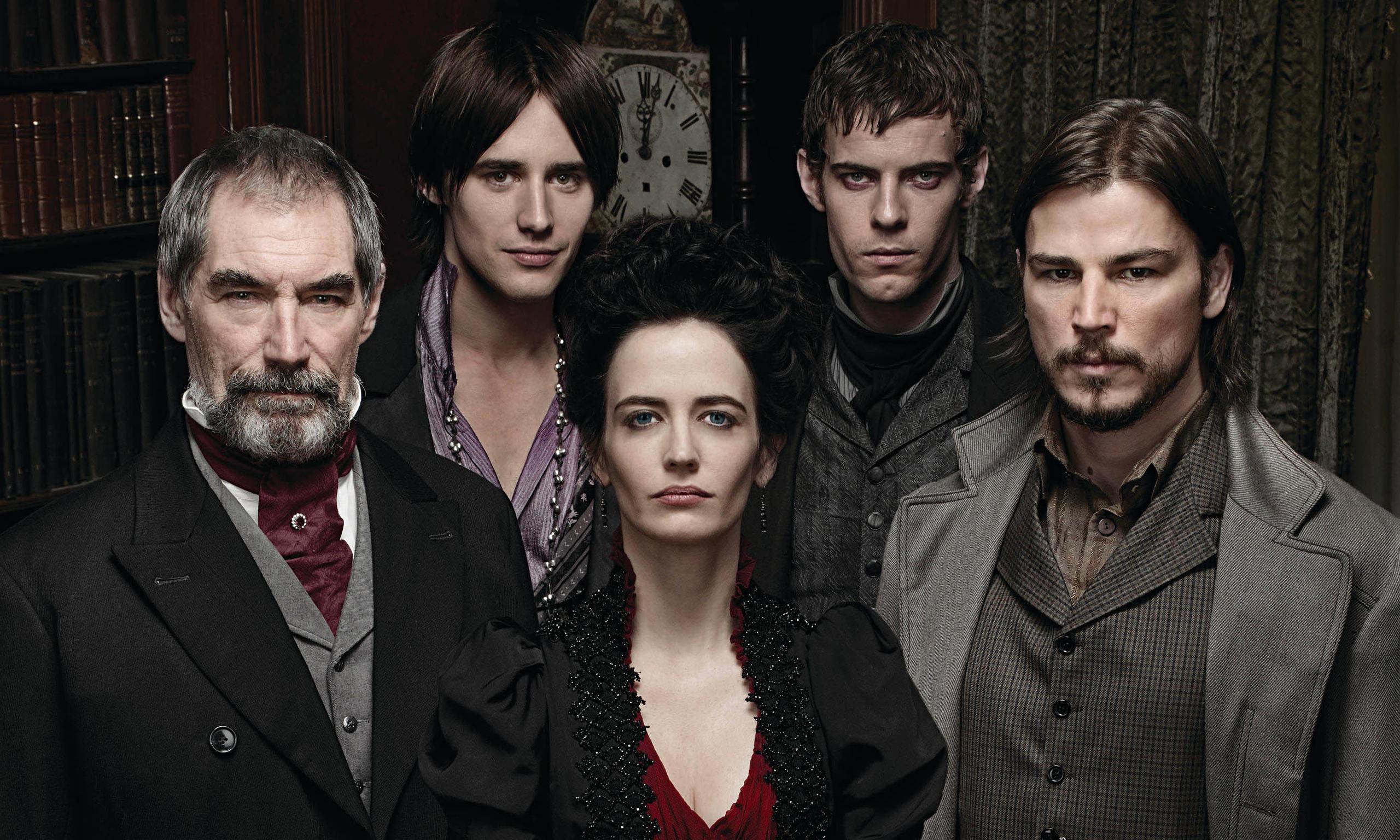 What is Penny Dreadful? Simply put, it’s a supernatural/horror show using well-known literary characters (Dr. Frankenstein, Frankenstein’s Monster, Dracula, Dorian Gray) from various horror novels, as well as some new ones, and having them meet in the narrative of the show. The show could also be described as Alan Moore’s League of Extraordinary Gentlemen (in the sense that it has characters from literature meeting and interacting with one another) done right.

The title comes from the “penny dreadfuls” sold in 19th century England, which were similar to American pulps in that they were cheaply made and often had controversial or macabre subject matter. The first season of the show has just finished and this review shall examine the setting, characters, and what I hope to see in the second season.

Penny Dreadful is set in 1891 England, a time when Jack the Ripper is still hunting and killing. This is a world of back-alley crime and prostitution, adventurers exploring uncharted lands, the wealthy attending masquerade balls and midnight seances, and the interest and accumulation of occult books and knowledge. It is a setting both Victorian and Gothic, yet strangely it does not seem that far departed from our modern world. There is still the struggle between emerging science and religion, modernity vs. the past, and the examination of the barrier between life and death. Despite the past setting, sexuality seems quite liberal in these times, at least among the character we follow, shattering some misconceptions about an era often mistakenly thought as prudish.

The characters who bring us into this strange world are Sir Malcolm Murray (father of Mina Murray/Harker from Dracula and Vanessa Ives (childhood friend of Mina and a conduit for the supernatural). Sir Malcolm and Vanessa are characters whose past sins haunt them, and the main plot of the first season is to rescue Mina, who has been abducted by Dracula (only referred to as “the Master” in the show, but we know better). In their quest they have recruited the American marksman Ethan Chandler (who has a hidden past we’ve only been given hints about) and the young Dr. Victor Frankenstein (who unknown to all has created life through science). Other characters weave in and out of their lives, including the enigmatic libertine Dorian Gray (who comes off like a mix between Lord Byron and Jim Morrison) who fancies Vanessa; the ill prostitute Brona Croft who develops a relationship with Ethan Chandler; Frankenstein’s first “son,” The Creature, who has demanded his creator create him an immortal mate; and Sir Malcolm’s friend Sembene, who we know little about.

Other famous characters such as Abraham Van Helsing and Mina herself show up, but none are developed as much as the principle cast. Indeed, the “big bad” of this season, Dracula, is never shown or even called that, instead being more a dark force of nature than a character. In Van Helsing’s case the character is sadly dispatched early, ironically by Frankenstein’s monster, who hopes to kill all Victor’s friends and loved ones until he complies to his demands. While good and evil are very real forces in this show, it is the moral grayness of the characters and their relationships with each other that drives the narrative. Sir Malcolm desperately wants his daughter back and has previously lost a son, perhaps because of this he develops parental feelings for not just one but two characters: Vanessa and Victor.

Of all the characters, I found Vanessa and Victor to be the most interesting, Vanessa a woman with faith hiding an inner darkness and Victor a man of science hiding an inner darkness. Victor’s own status as a “father” makes this all the more interesting–he is a creator who does not know the answers about how to live, perhaps a commentary on how if a creator god existed they might not have any real answers to give us. From what we know, Victor has created life twice: The Creature (also known as Caliban) and Proteus (heartrendingly killed by Victor’s first-born).

Caliban is as interesting as his father; while he is able to kill innocents with shocking ease and capable of Machiavellian thinking, in many ways he is still a child–albeit a well-read child with a high intellect (like father like son). As such, he seeks out a father figure in Vincent Brand, who gives him a job in the theater (where lurid plays are performed to the delight of audiences) and the name of Caliban. Here, he can find purpose and remain hidden from prying eyes; this is threatened, however, by him falling in love with one of the actresses, the beautiful Maud. Maud shows kindness to Caliban, which he first tries to ignore, but soon accepts and he soon develops feelings for her. Unfortunately, Maud is in a relationship already (to an ill-tempered, boorish man), but Caliban does not consider this or Maud’s feelings, and he ends up alienates her completely by almost forcing himself on her. While we may feel pity for Caliban, it’s also worth noting that he is a character who feels a great sense of entitlement due to his tragic past: he feels he’s entitled to a mate (a beautiful one at that), entitled to disregard Maud’s feelings in favor of his own, and entitled to take life to achieve his goals. We should mistake our sympathy for his situation as an endorsement of his actions, which are in many ways similar to self-proclaimed “nice guys” who feel that are entitled to love and sex.

Finally, although I won’t be going into as much detail as I want in this article, the show handles same-sex attraction in a refreshing way: Ethan and Dorian are seemingly, by modern definitions, bisexual, but this fact is presented without in-depth examination: it simply happens and is part of their characters. Granted, this might be due to a lack of time to devote to the subject with only 7 episodes, but I found the way it was presented to be innovative.

In a word: Dracula. The show has done a good job making the character scary again and I look forward to seeing him. I want to see more of the past of Ethan, Vanessa, and Sembene. Finally, I want to see where Victor and his Creature end up.