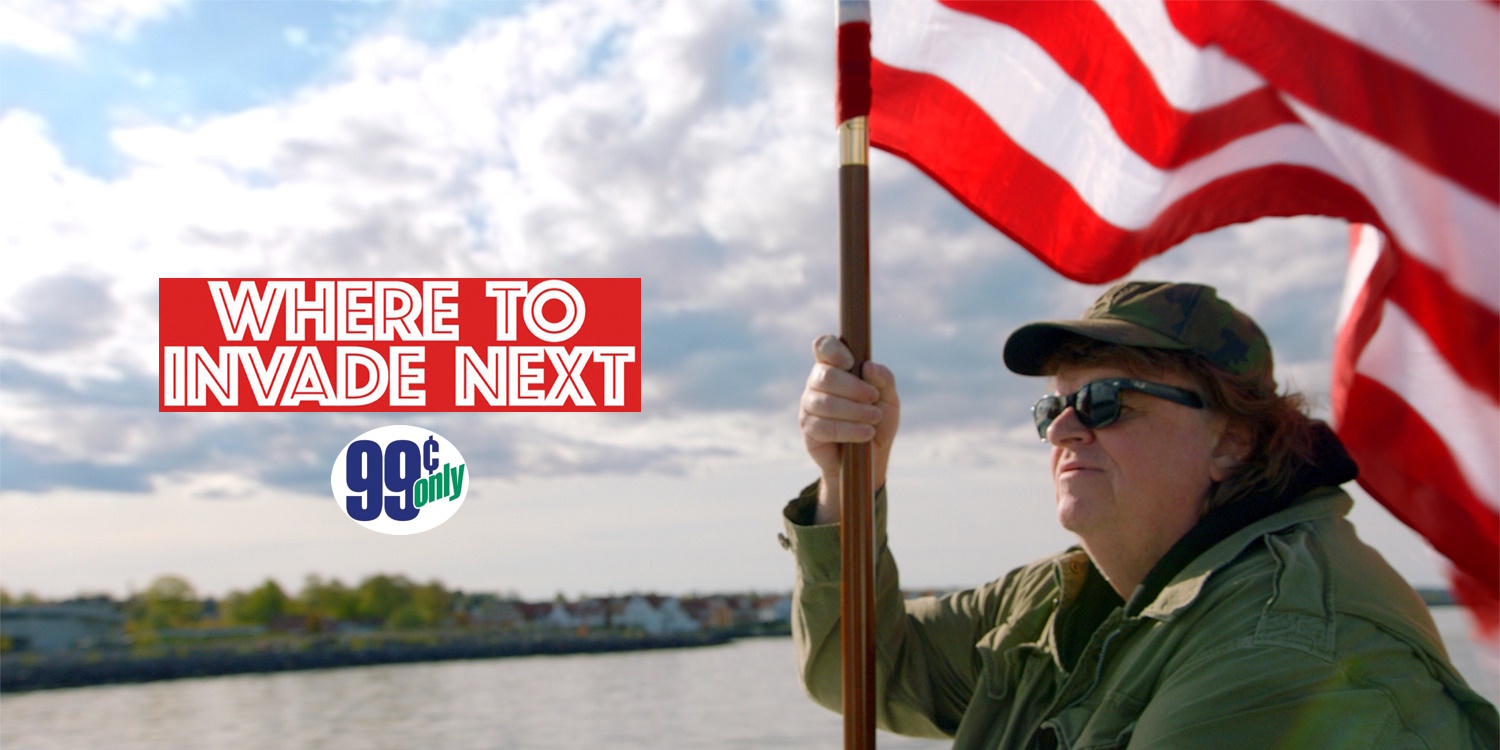 This week, Michael Moore scours the world for answers to some of America’s biggest problems in Where to Invade Next.

We Have Problems No War Can Solve

So here we are. It’s the year 2016. We’re heading into the least inspiring election in US history. One look at the news and you might think that the country is rapidly tearing itself apart. Meanwhile, our elected officials are too busy pointing fingers and shouting obscenities at one another to even think about trying to fix our problems. Not that they could. Most of those politicians are so far out of touch with the general public that they’re incapable of understanding what the problems actually are. Yes, we’ve got a few problems at the moment. But things aren’t quite as bad as they seem. Luckily, Michael Moore is here to remind us all that we need to pull our collective heads out of our asses and admit that, in spite of a certain campaign slogan, America already is great. And it’s up to all of us to keep it that way – and maybe make it a little better. If you don’t believe that, then you need to watch Where to Invade Next – a cinematic ode to an American dream that may be more alive in other countries. 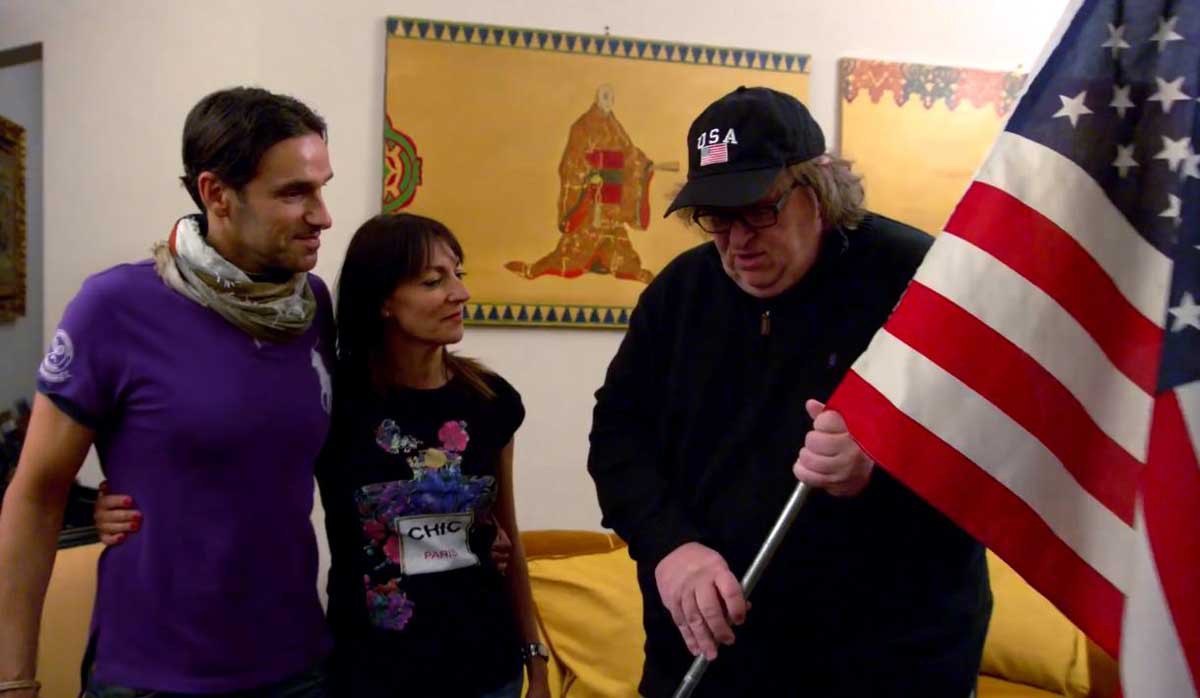 Hopefully, you didn’t stop reading the moment you read Michael Moore’s name, ’cause Where to Invade Next is a movie that every American should see. And it’s a film that even Moore’s staunchest detractors should appreciate. They might even be surprised to find out that the film’s title has little to do with America’s ongoing conflicts in the Middle East. Where to Invade Next isn’t about war at all. Nor is it a finger-pointing sermon. More than anything, it’s a compassionate call to arms for Americans to come together and start chiseling away at some of our most pressing problems. Problems like education, prison reform, worker/employer unity – not to mention true gender and racial equality. In a clever twist, Moore takes his show on the road in search of answers. Much of that road runs through European countries that lead the world in the aforementioned categories. Not a single frame of this film is shot in the US. In that way – and many more – Where to Invade Next becomes the least ‘Michael Moore’ film that the irascible documentarian has ever made.

Of course, Moore’s face – or his voice – permeate almost every frame of Where to Invade Next. And yes, there’s a little taste of Moore’s patented left-wing anger. The film’s opening 10 minutes are a distinctly Moore-ish affair featuring damning war footage, police brutality, gun violence, and mindless political jabbering. But Moore stops short of his usual right-wing brow beating. Believe it or not, the controversial filmmaker isn’t out to ‘get’ anyone with Where to Invade Next. He’s more concerned with ‘getting to’ people this go round. As Moore reigns in the finger pointing, he makes his argument with a level of empathy only glimpsed in his previous work. As Moore traipses from Italy to Finland, Slovenia to Germany and on to Portugal, Norway, Tunisia and Iceland, he seeks out only the best ideas each country has to offer – “the flowers, not the weeds.” In doing so, he presents eloquent arguments for how those ideas could easily work in America. He also finds a collection of business owners, leaders, and educators all too eager to pass their ideas along. And all too eager to remind Moore of where those ideas originated.

That last bit of knowledge gives Where to Invade Next an unexpected emotional wallop. It also serves as a wake up call for Americans to take a long hard look the state of the union – and then make some changes. We do live in a great country, after all. And we can make it better. But we’re gonna have to work for it. We’re gonna have to adapt. We’re gonna have to embrace change. We’re all going to have to give a little more. And we’re probably gonna need a little help to do it. The good news is that help is out there. All we have to to is look for it. And we may not need to look all that far in the end. 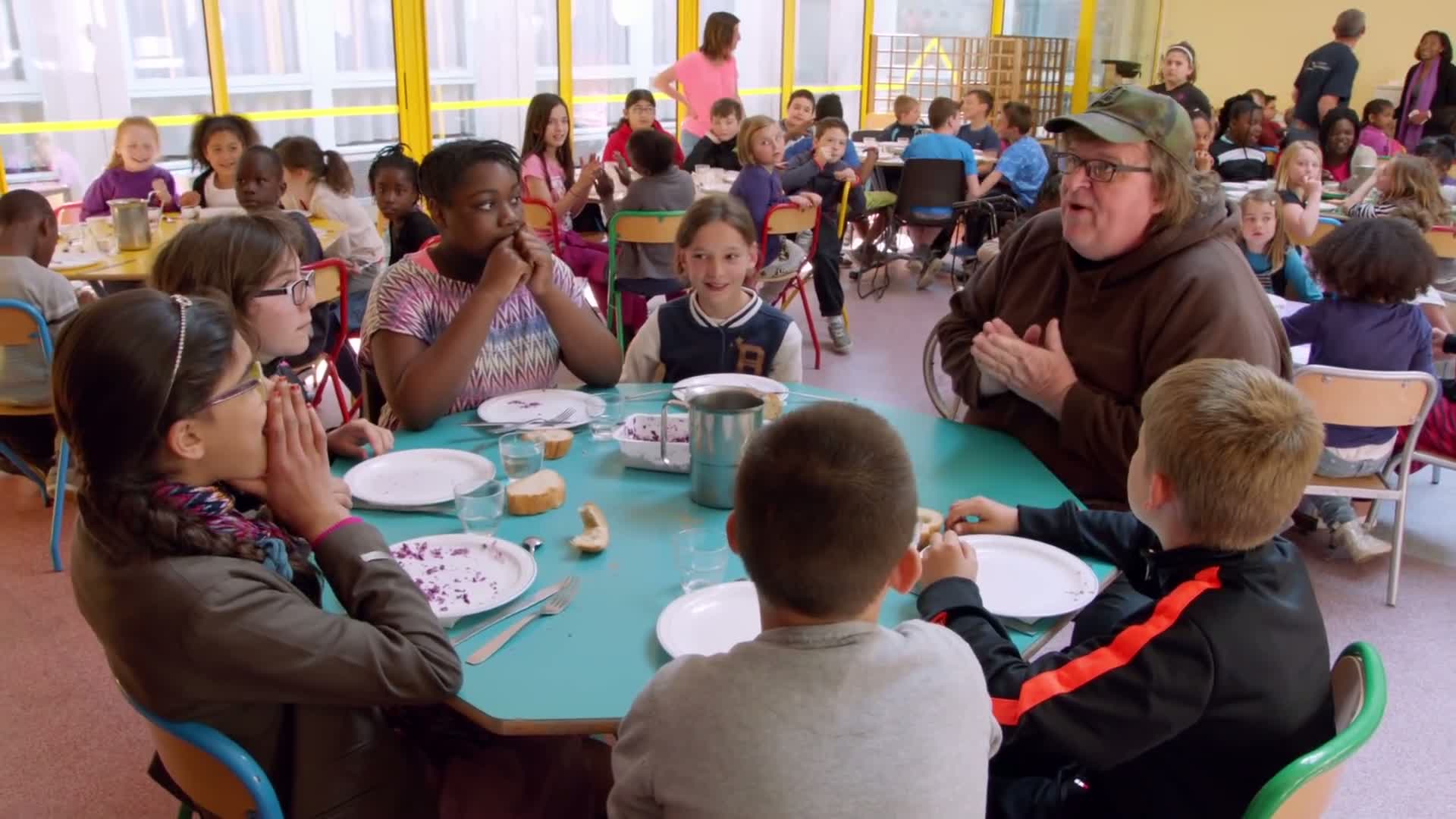 You bet. Love him or hate him, nobody can argue Michael Moore’s love for his native land. That’s never been more on display than in Where to Invade Next. Clever, heartfelt, and often laugh out loud hilarious, this film is Michael Moore at his finest – and his most patriotic. It’s well worth your dollar this week. I honestly can’t recall seeing a movie in the past decade more in love with America and all its maddening idiosyncrasies. Of course, half of the country will refuse to see this film just because Moore’s name is attached. That’s a shame, ’cause there’s more heart and there are more ideas in Where to Invade Next‘s two hours than we’re likely to see this entire election year. Drop that dollar this week and open yourself up to this timely, endearing little doc. Maybe after, we can all sit down and start a real conversation. One that doesn’t include shutting ourselves off from the rest of the world. ‘Cause we need them as much as they need us. 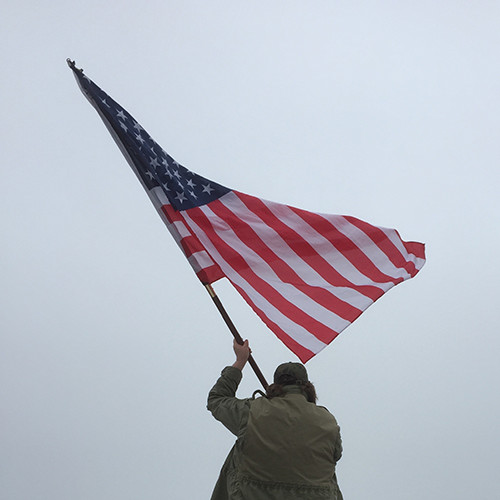