The iTunes 99 Cent Movie of the Week: ‘Infinitely Polar Bear’ 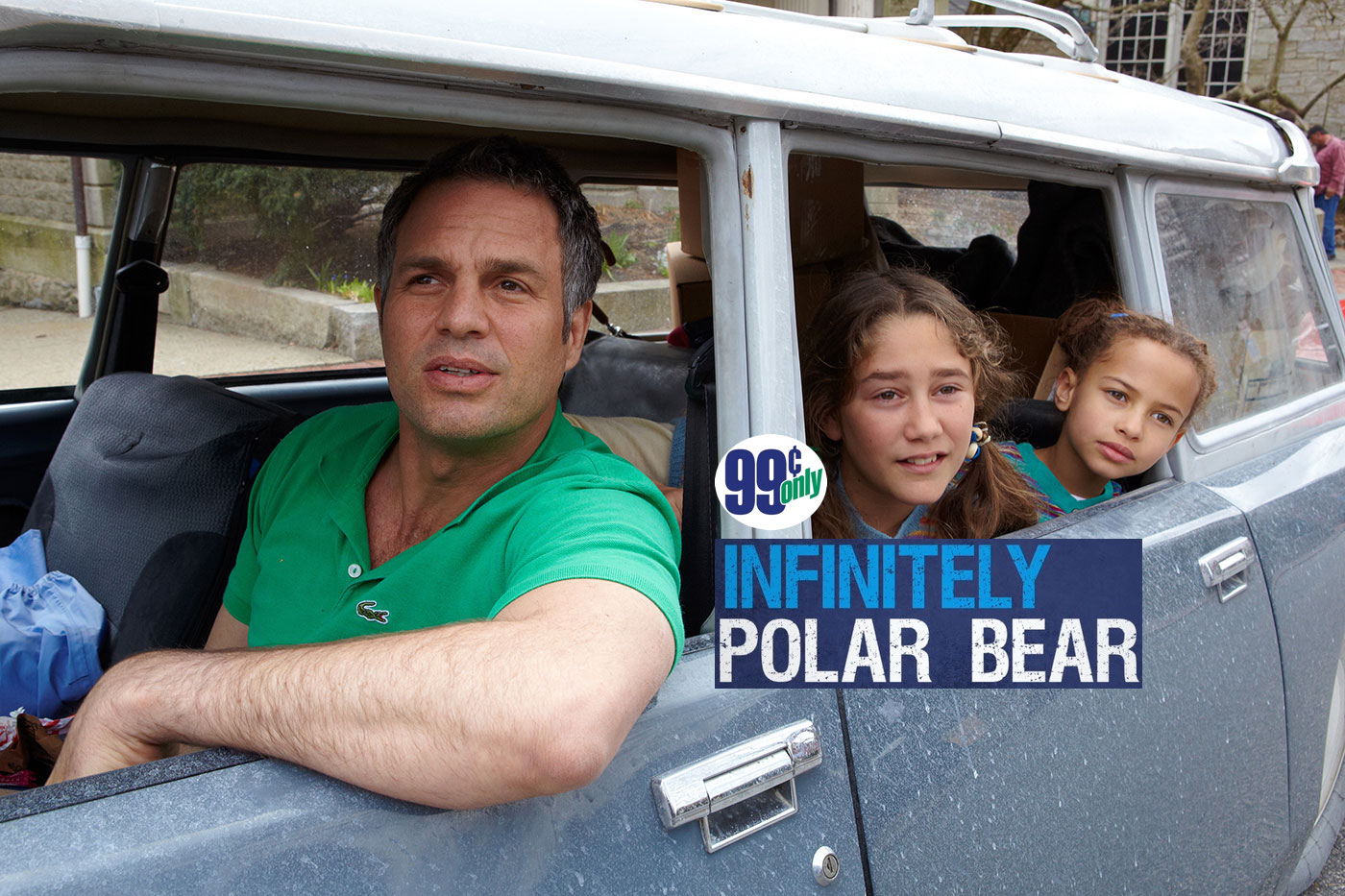 This week, Mark Ruffalo tries to keep his family together as he struggles with bipolar disorder in, Infinitely Polar Bear.

We Lost Some Momentum, but We’ll Get It Back

Cam (Ruffalo) and Maggie (Zoe Saldana) fell in love among the turbulent, free-thinking ‘60s. Ten years and two daughters later, it’s obvious that Cam’s free-thinking is a little freer than most. He’s suffering from a full-on case of bi-polar disorder. After a particularly nasty – near violent – breakdown lands Cam in a long-term treatment center, Maggie knows that a big change needs to be made. For Maggie, that means Columbia Business School and significantly better professional prospects. But Columbia means New York. And that’s a long way from the family’s Boston home. Neither parent wants to uproot their children, and Cam sees a big change coming.

Once he’s released from treatment – oversized jar of lithium in tow – the best course of action becomes for Maggie to go to school in New York, while Cam stays in Boston and takes care of the girls. It’s an iffy decision at best. One that Infinitely Polar Bear explores over the course of the 18 months it takes Maggie to earn her degree. As Cam struggles to keep himself and his family together, Infinitely Polar Bear blends a potent mix of style and emotion to form its portrait of a family fractured by mental illness – and struggling to put themselves back together. Featuring strong performances and direction, it’s a portrait as heartfelt as it is frightening and honest as it is hilarious. That makes for one deeply satisfying film. 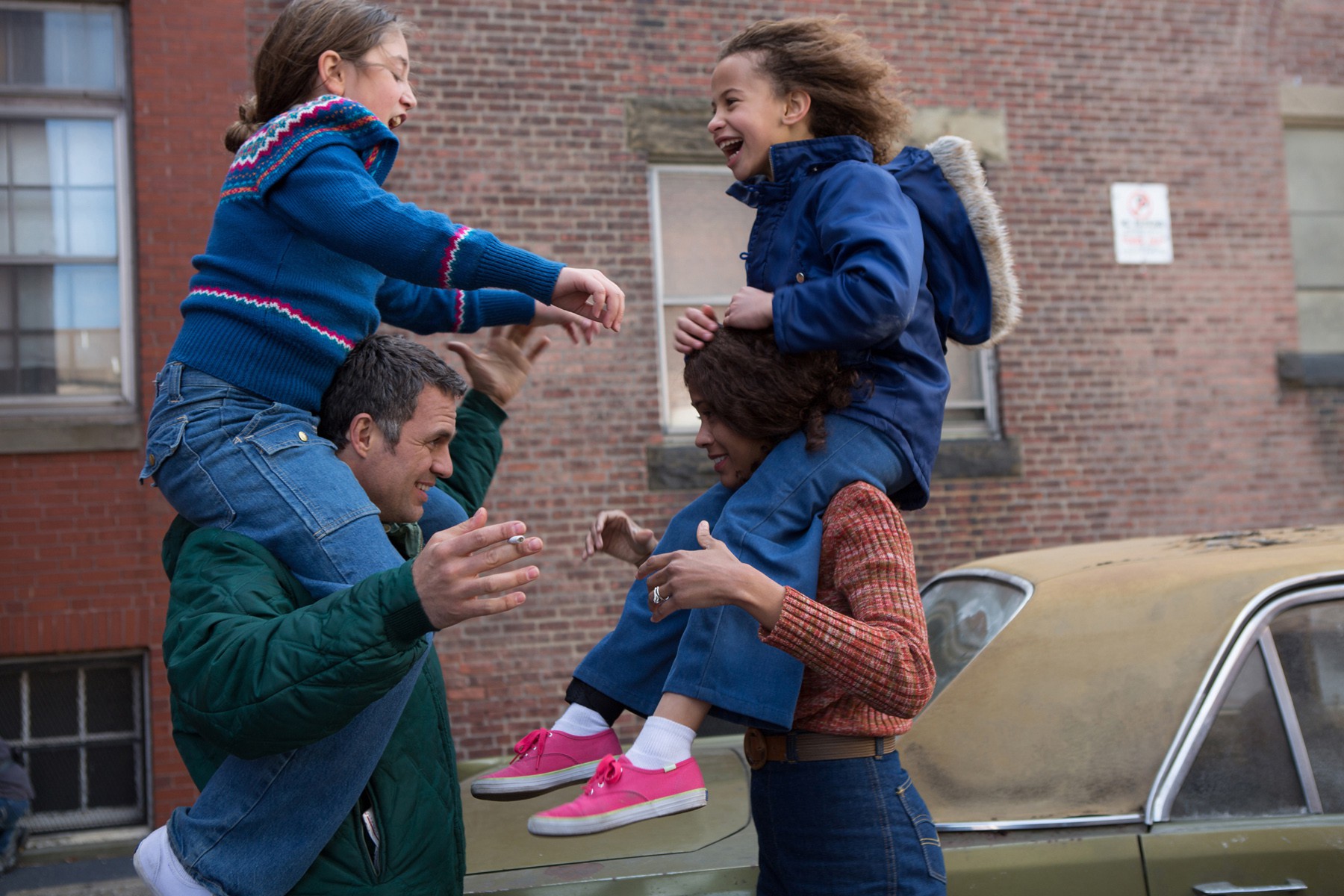 I Bought a New Sponge

Cinematic depictions of mental illness are typically sensationalized and melodramatic. I’ve taken to calling those depictions “movie-crazy” movies. Infinitely Polar Bear is not a “movie-crazy” movie. There’s an undeniable thread of authenticity throughout the film that stems from Writer/Director Maya Forbes mining her own upbringing with a bi-polar father as source material.

That leaves much of Infinitely Polar Bear to be told through the eyes of Cam and Maggie’s school-aged daughters Amelia (Imogene Wolodarsky) and Faith (Ashley Aufderheide). There’s a youthful bluntness to the film as a result. Amelia and Faith are smart, precocious kids caught in the middle of some heavy adult problems, after all. They are acutely aware how unfair that is. And they are not afraid to voice their displeasure with the situation, often acting out as any child would. Credit Forbes and her powerful screenplay for knowing exactly when to let those childish impulses boil over and when to rein them in.

It’s heavy material for child actors. Forbes’ greatest success with Infinitely Polar Bear is that Wolodarsky and Aufderheide never feel like child actors more than they feel like real kids reacting to real problems. More than that, they actually feel like real sisters. And their energetic, youthful perspective often keeps the film from becoming buried under the weight of its heavier themes. And yes, Infinitely Polar Bear is a pretty bleak movie at times. With topics like mental health, civil rights, and even women’s rights, there’s a lot going on in the film’s narrative. As strong as Wolodarsky and Aufderheide are, the emotional heavy-lifting in Forbes’ film falls largely on the shoulders of Ruffalo.

Ruffalo, who currently holds the title of world’s most reliable actor, is more than equal to the task. And Infinitely Polar Bear sees Ruffalo embracing his inner child and letting his emotions run amok. If you think Amelia and Faith can throw a tantrum, just wait until Ruffalo’s chain-smoking, bipolar dad gets going. His Cameron is, of course, not always in control of himself and therefore massively unstable. Even medicated, he shifts from fun-loving father to menacing monster with almost no prompting. But there’s an ever-present tenderness just below the surface that never allows the monster to dwell too long. It’s just the challenging sort of balancing act that Ruffalo has excelled at over the years, and another stellar entry into the actor’s oeuvre.

It helps that he has an unerring natural chemistry with his co-stars. Particularly with Saldana, who’s a bit of a revelation in the underwritten role of Maggie. All twisted up nerves and conflicted emotions, Maggie’s weary face bares the weight of her life through every frame of this film. But she’s unquestionably the strongest member of this unorthodox family. And Saldana carries that weight with unshakeable grace. She’s firm and fierce and silly and sexy – and above all, she’s a devoted mother, a burgeoning businesswoman and a woman of color at a time when none of those things were particularly easy. If I have one complaint with Infinitely Polar Bear it’s that Saldana doesn’t get quite enough screen time.

But that’s a slight complaint. And more Saldana or not, first-time Director Forbes has crafted a tender, often hilarious tale of a family learning to love itself warts and all. It’s not an easy road to be sure, but it’s one well worth taking. 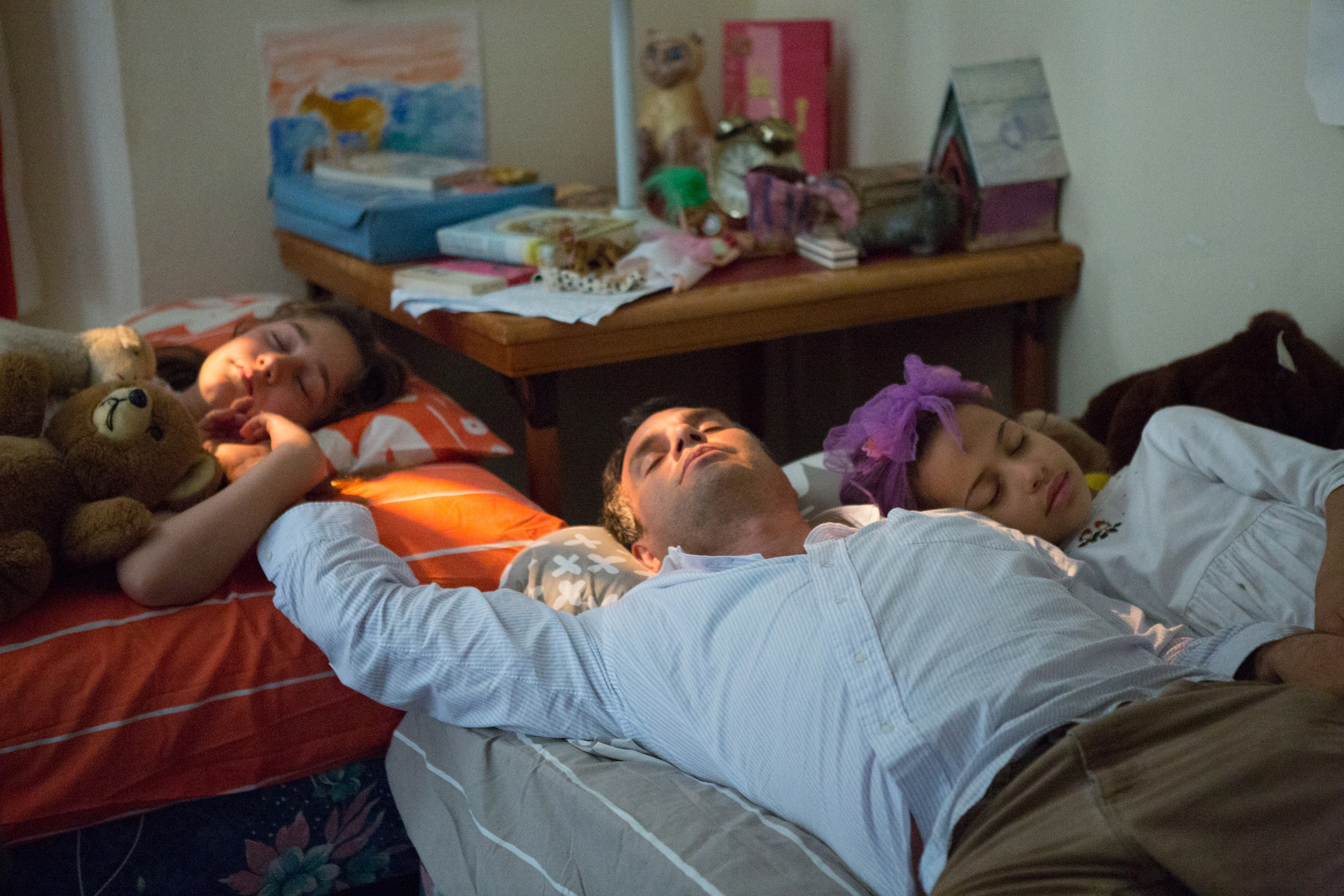 You bet. I was on the fence with Infinitely Polar Bear when it was released last year. Honestly, I’d watch Mark Ruffalo read the phone book for 90 minutes given the opportunity. When I heard he’d be playing this role, I was more than a little excited. But something about the gooey, sentimental trailer for this film really put me off and I skipped its theatrical run. That was a mistake. One I’m quite satisfied to have remedied for just $0.99. I couldn’t be happier to drop a buck for Infinitely Polar Bear this week and you should do the same. Yes, it’s gooey. Yes, it’s sentimental. But there’s an honesty and a warmth about this film that doesn’t exist in many movies anymore. You owe it to yourself to experience that.