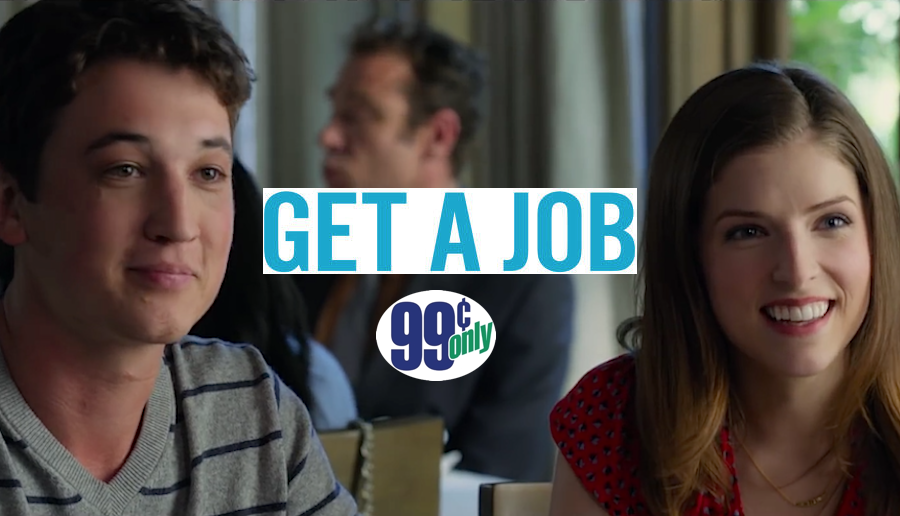 This week, Miles Teller and Anna Kendrick fight the postgraduate blues as they try to Get A Job.

Look Out world, Here We Come

For Will (Teller) and Jillian (Kendrick) life could not be better. They’re young. They’re in love. And mere days out of college, the pair are headed straight work in their dream jobs – Jillian as a Sales Analyst and Will as a Journalist. The duo count themselves a regular power couple … that is until Will’s job falls through. As Jillian experiences success in the working world, Will finds himself adrift and fighting to get noticed in a sea of unemployed compatriots. Luckily, his father (Bryan Cranston) and three housemates (Christopher Mintz-Plasse, Brandon T. Jackson and Nicholas Braun) are along for the ride. As each struggles to find their way in the world, hilarious hijinks ensue. And maybe a heartfelt life lesson or two can be learned. That’s the sort of film that Get A Job wants to be. But it’s not. And as Director Dylan Kidd’s film stumbles and fumbles through its 84 minutes it never even comes close. 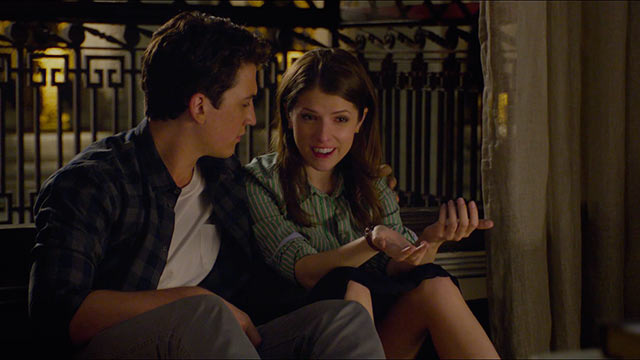 I Weep For Our Future

Let me be clear – Get A Job is not funny. Get A Job is not poignant. Get A Job is not romantic. Get A Job does not offer insight into unemployment in a down economy. Get A Job does not offer insight into the challenges of growing up in the self-absorbed “participation trophy” generation. Nor does it offer insight into the hard-working generation that spawned them. If that sounds like I’m being harsh, it’s because I am. But I only mention those failed narratives because Get A Job tries so hard to develop all of them. And therein lies the problem. With too many narrative threads and too many characters driving the story, Screenwriters Kyle Pennekamp and Scott Turpel never settle on one long enough for viewers to become invested. The result is a jumbled, near unwatchable film that feels like it was written by a couple of guys with really bad ADD and no Ritalin to level them out. Characters are introduced, serve no narrative function – and are forgotten. Relationships and plot points are introduced – and just as quickly forgotten. And that’s all in the first five minutes or so. It only gets worse from there. As the story progresses, Get A Job devolves into a disjointed disaster. Every bong joke falls flat. Every dramatic moment feels false. And the good spirits of a talented cast are callously wasted.

That cast includes an Oscar Nominee in Cranston and an Oscar Winner in Marcia Gay Harden. Not to mention the talents of John Cho, Bruce Davison, John C. McGinley and Alison Brie. Not one of those actors stands out as anything other than a recognizable face. Same goes for Teller and Kendrick who have zero chemistry and all but sleepwalk through the entire film. Still, it’s hard to pin Get A Job‘s many flaws on the actors. Co-writers Pennekamp and Turpel deserve much of the blame, but it’s Director Dylan Kidd who really drops the ball. Get A Job is one of the sloppiest films I’ve ever watched. Late in the film, there’s an establishing shot of a restaurant on a clear, sunny day – and the very next shot is a character running into the restaurant with an umbrella. He proceeds to complain about the rain. It really is that bad. Not a single aspect of this movie – photography, music, editing, performance, etc. – works. For most of the film, it feels like Kidd doesn’t even care. That’s what is most disappointing, ’cause Kidd was the only reason Get A Job was on my radar. And the primary reason I wanted to feature it here. Dylan Kidd used to be a director worth watching. He broke onto the indie scene with Roger Dodger back in 2002. With that film, Kidd briefly carried the mantle of ‘it’ director. He followed that breakout with a compelling misfire, P.S., in 2004 and then fell off radar. He hadn’t made a movie since. I was ecstatic when I finally saw his name on a new film. I was primed to watch him grow into the potential displayed in his first two films. But there’s none of the focus or skill or insight in his work here. Get A Job ultimately feels like a film without a director. And without a singular vision to tie it all together, Get A Job falls to pieces right before our eyes. And then it drags on for an additional 75 minutes. 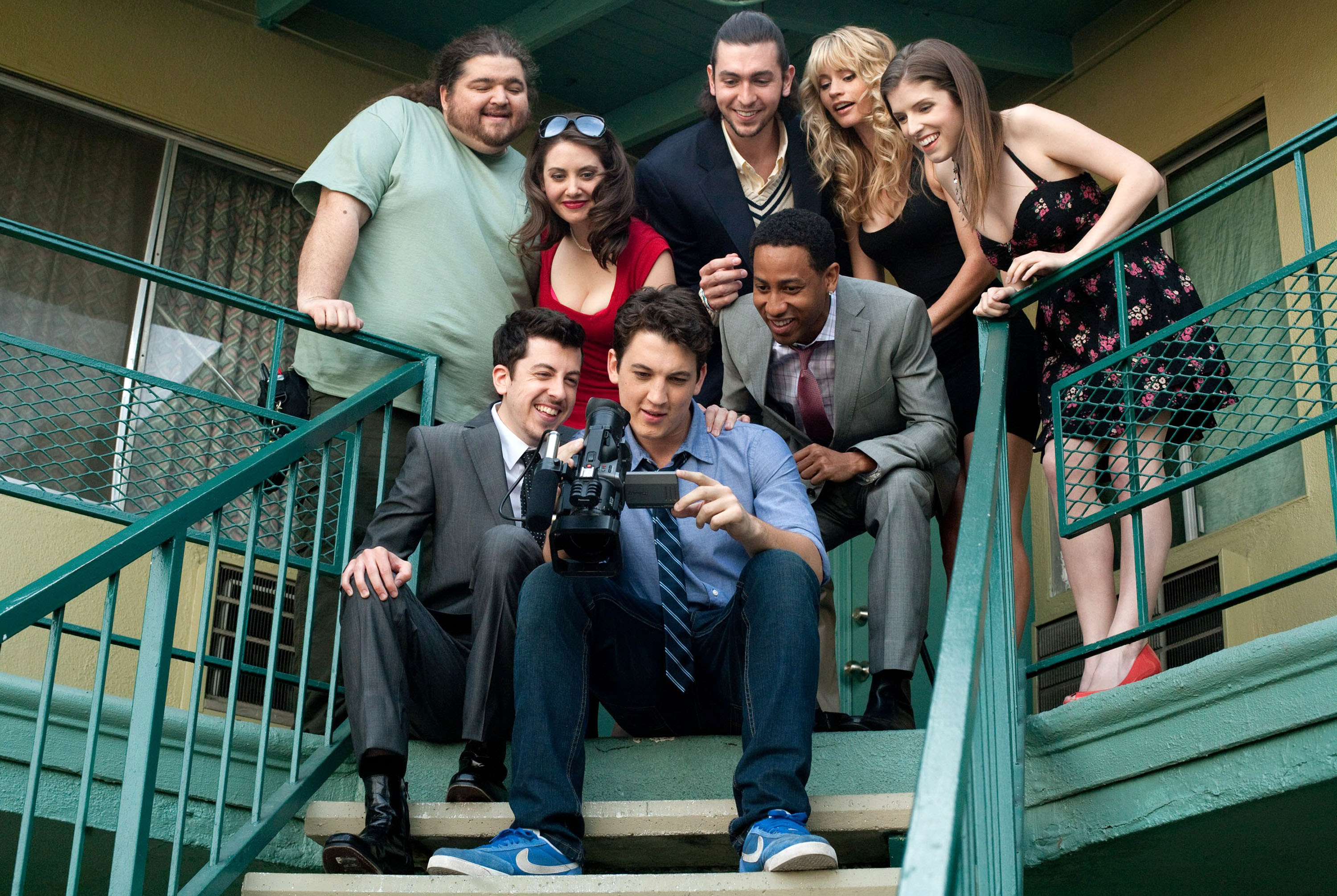 I think I was pretty clear. But just in case I wasn’t – no. No, no, no. Get A Job is not worth your dollar this week. In fact, I’m considering writing to iTunes to get a refund for mine. I can’t imagine how Get A Job even ended up in the movie of the week conversation. It’s lazy. It’s uninspired. It’s devoid of charm. And it may prove a career killer for Director Dylan Kidd. Which is a shame. ‘Cause there was such promise there. And his Roger Dodger remains one of the more compelling New York movies of the past 20 years. If you’re saving that dollar this week, you might consider putting it towards that film. Sadly, it’s not available to rent. So you’ll have to buy it. That’ll cost you about $10. But it’s worth every penny. And if you’re on the fence, here’s a little taste that should put you over the edge.