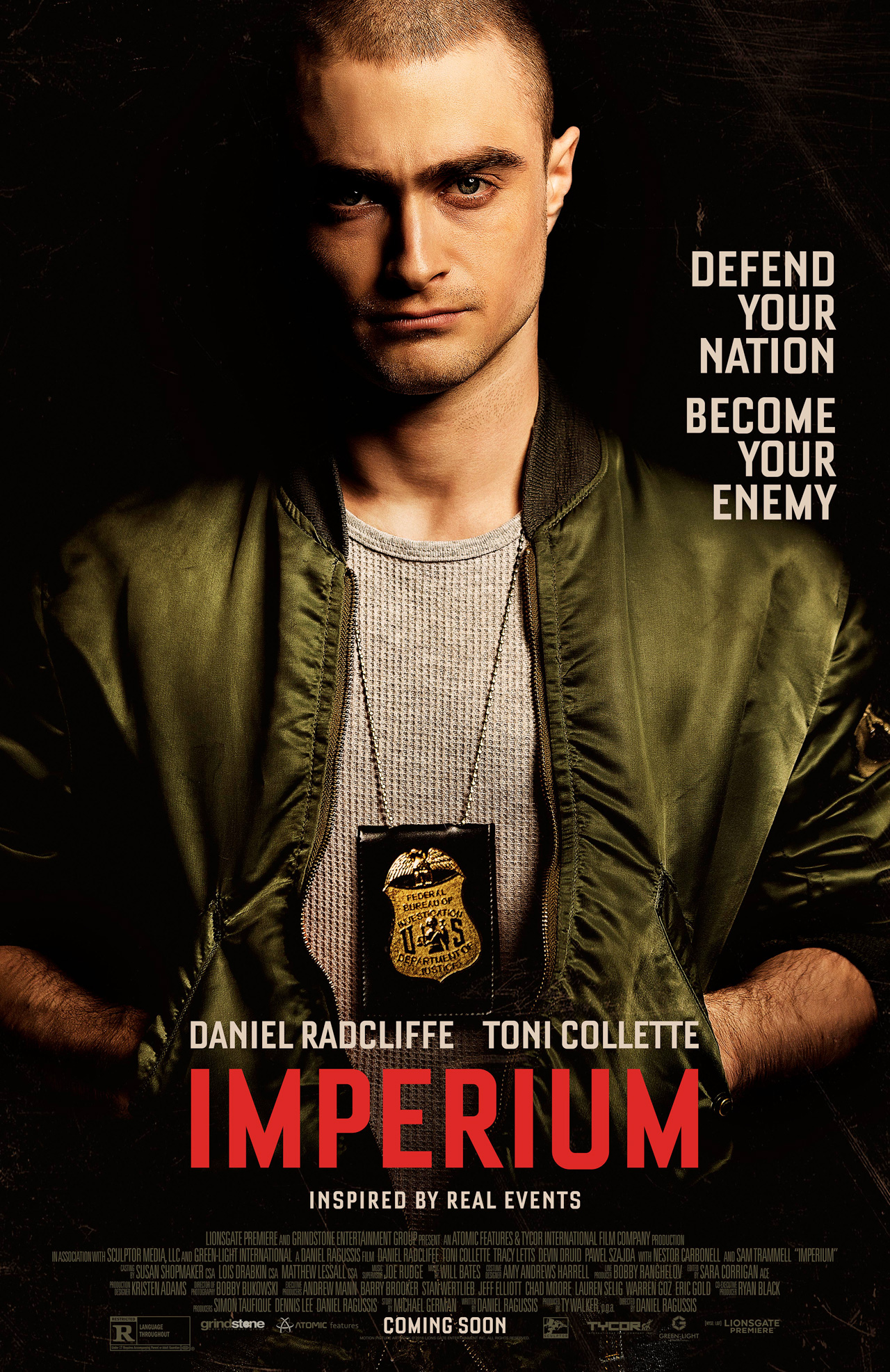 The trailer displays Radcliffe shaving his brown locks and ridding himself of his glasses, only to add violence and bombs. The trailer shows just how violent a group of people can be. In a time in America when extreme movements are beginning to seem possible, showing what almost happened might be the wakeup call Americans need.

This intense film is the last nail on the head to signify Radcliffe’s departure from those Harry Potter days. It takes a lot for an actor to shed the child actor persona. Radcliffe’s costar Emma Watson has been busy being the UN Woman Goodwill Ambassador, and appearing a few films here and there like Beauty and the Beast and The Perks of Being a Wallflower. Rupert Grint, Radcliffe’s other costar has seemingly disappeared from the lime light. Other stars that have made the transition from child actor to serious actor are Elijah Wood, Leonardo DiCaprio, Natalie Portman, and many more. Imperium will hopefully be the push Radcliffe needs to be taken more seriously.