Home NewsEntertainment The iTunes 99 Cent Movie of the Week: ‘Carol’
EntertainmentTV and Movies

The iTunes 99 Cent Movie of the Week: ‘Carol’ 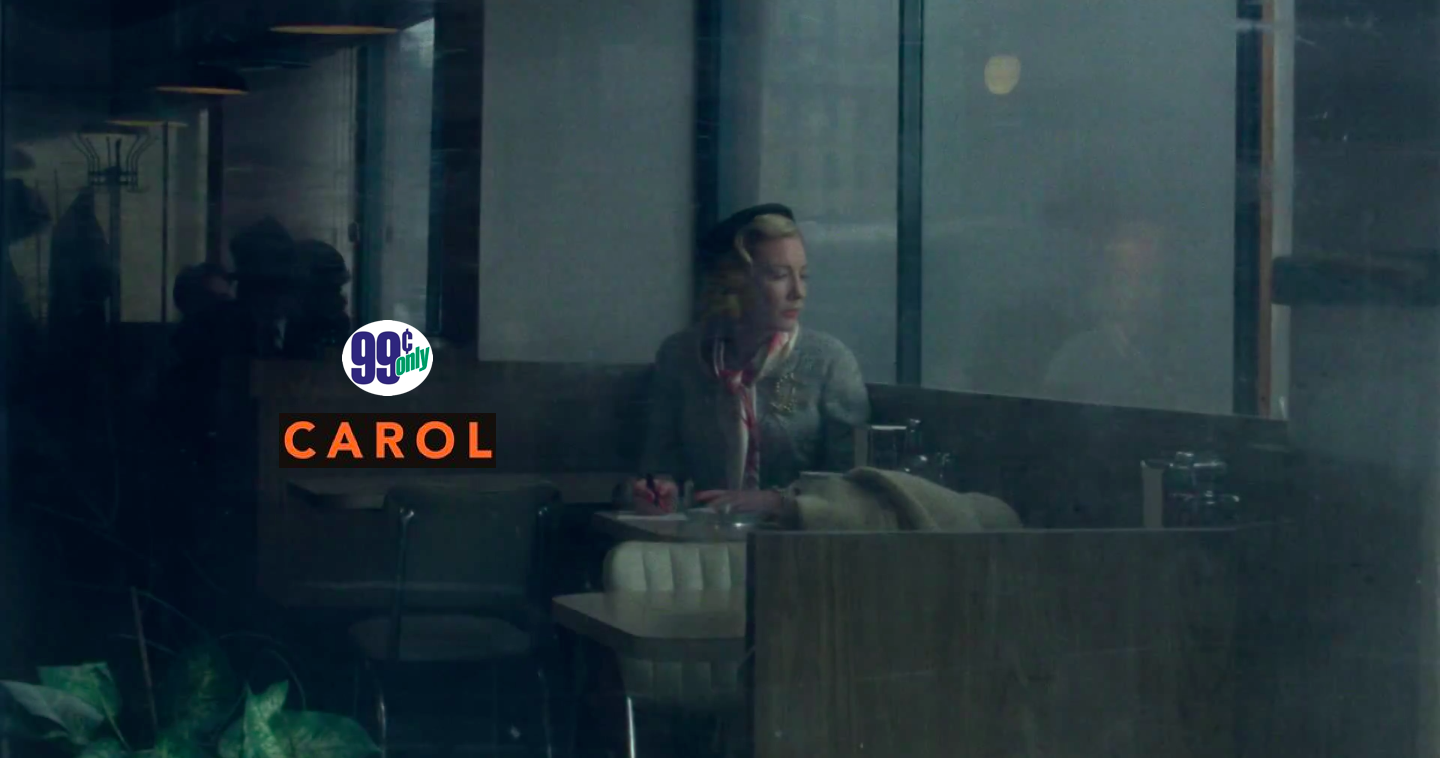 This week, Cate Blanchett and Rooney Mara follow their hearts against all odds in Todd Haynes’ lush romantic drama, Carol.

What a Strange Girl You Are

Therese is a twenty-something shopgirl and would-be photographer trying to find her way. Carol is a thirty-something mother struggling through a difficult divorce. On the surface, they have little in common. And neither of those narratives fit into the conventions of 1950s society. Even in New York. But Therese and Carol are not conventional women. When a chance encounter brings the pair into each other’s orbits, the spark of romance is as instant as it is unexpected. But that romance will not come easy. Wounded husbands, catty ex-lovers, and bewildered boyfriends all have a part to play. Not to mention the wanton fears and desires of the women themselves. If that sounds like the template for grand melodrama, fear not. Emotional turmoil has rarely been more subtle or felt more authentic. Therein lies the beauty of Todd Haynes’ romantic sigh of a film, Carol. 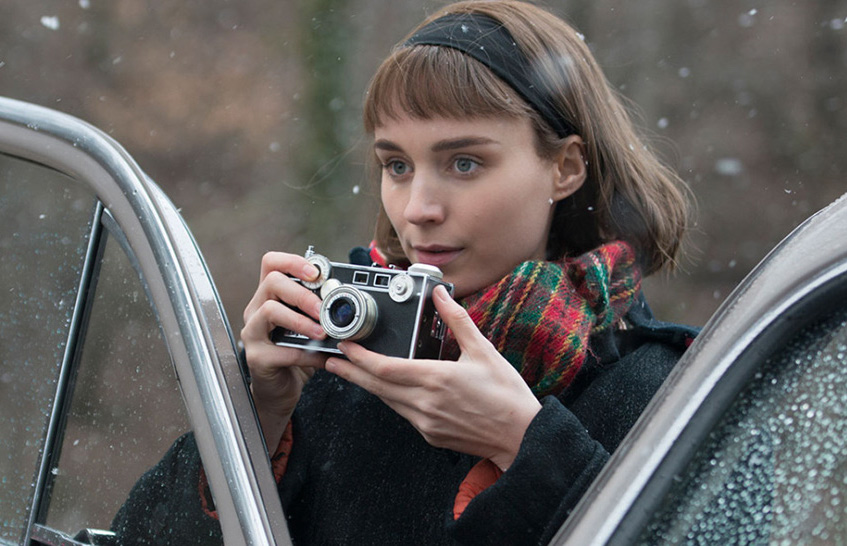 I Took What You Gave Willingly

Not that there isn’t drama in Haynes’ film. After all, the director is known to have a particular affinity for the Technicolor melodrama that Douglas Sirk produced in the ’50s and ’60s. Haynes even put his own spin on that genre with his devastating 2002 film, Far from Heaven. In many ways, Carol is the director’s most dramatic effort yet. But it was never the rampant melodrama that attracted Haynes to those glorious Sirk films. It was the clandestine sexual and racial subtext. While Carol follows a similarly melodramatic narrative construct, Haynes levels the emotional stakes by burying much of the film’s drama in subtle touches, longing glances and words unsaid.

That strategy puts more than a little pressure on leads Cate Blanchett and Rooney Mara to deliver the goods. And deliver they do. Behind Mara’s enormous, inquisitive eyes, and Blanchett’s fragile, natural cool that teeters ever on the verge of fracture, there’s nary a false emotion or wasted look throughout. To that point, it’s a silent, knowing look that sets the story in motion. A look that comes across a bustling department store decked in Christmas decorations. Amongst the crowd, Therese and Carol lock eyes for only a moment, but that moment says more than a thousand words ever could. We know at once where this story wants to go. And we are primed to go with it. And not a single word of dialogue is spoken. Guiding the film’s understated narrative is a screenplay from Phyllis Nagy – adapted from Patricia Highsmith’s groundbreaking 1952 novel The Price of Salt – that patiently plays out with unabashed tenderness and an unexpected air of intrigue. As Nagy builds a narrative around silence and restraint, questions begin to mount just below the surface. You may know where the story is going, but as obstacles arise – children, husbands, etc. – getting there becomes a bit of a mystery.

That mystery unfolds under the eloquent direction of Todd Haynes. If you’re unfamiliar with Haynes’ work – Safe (1995), Velvet Goldmine (1998), I’m Not There (2007) Mildred Pierce (2011) – there are few working directors that do period better. Carol sees the gifted filmmaker again bringing a hyper-specific sense of time and place to the proceedings. 1950s New York hasn’t felt this authentic since it was New York in the 1950s. From sound design to set decoration to costuming, there’s not a color or a song or even a hair out-of-place in Haynes’ film. Still, much of the film’s authenticity can be attributed to how it looks. Director of Photography Ed Lachman brings a muted color scheme to Carol‘s world that adds to the film’s overall sense of restraint. Haynes and Lachman take the emotional landscape to claustrophobic levels by frequently photographing their stars framed inside of windows or car doors … trapped and framed by the world around them. The effect is startling – and one that Haynes has carefully cultivated over the years. If the director has held a long-term fascination with Douglas Sirk, he’s clearly obsessed with the paintings of American Realist Edward Hopper. True to that statement, every single moment of Carol looks and feels like a Hopper painting sprung to life … at once gritty and lonely and honest in ways that art so rarely is. The icing on the cake for Haynes’ film comes in the form of sweeping, romantic original score from Composer Carter Burwell (number 2 on my Best of 2015 List). Few movies have ever looked or sounded as lovely as Carol. Even fewer have satisfied on an emotional level.

When Carol hit theaters last fall, the term “fearless lesbian romance” was hard to avoid. Yes, Carol is fearless. Yes, Carol is romantic as hell. And yes, the central characters are lesbians. But Haynes has crafted something far bigger than just a lesbian romance. He’s crafted a deeply human romance. A romance that argues that all romance is worthwhile. That all romance is beautiful. And real love is always worth the risk. In a lesser film, that would all sound a bit preachy. But Carol is not a lesser film. 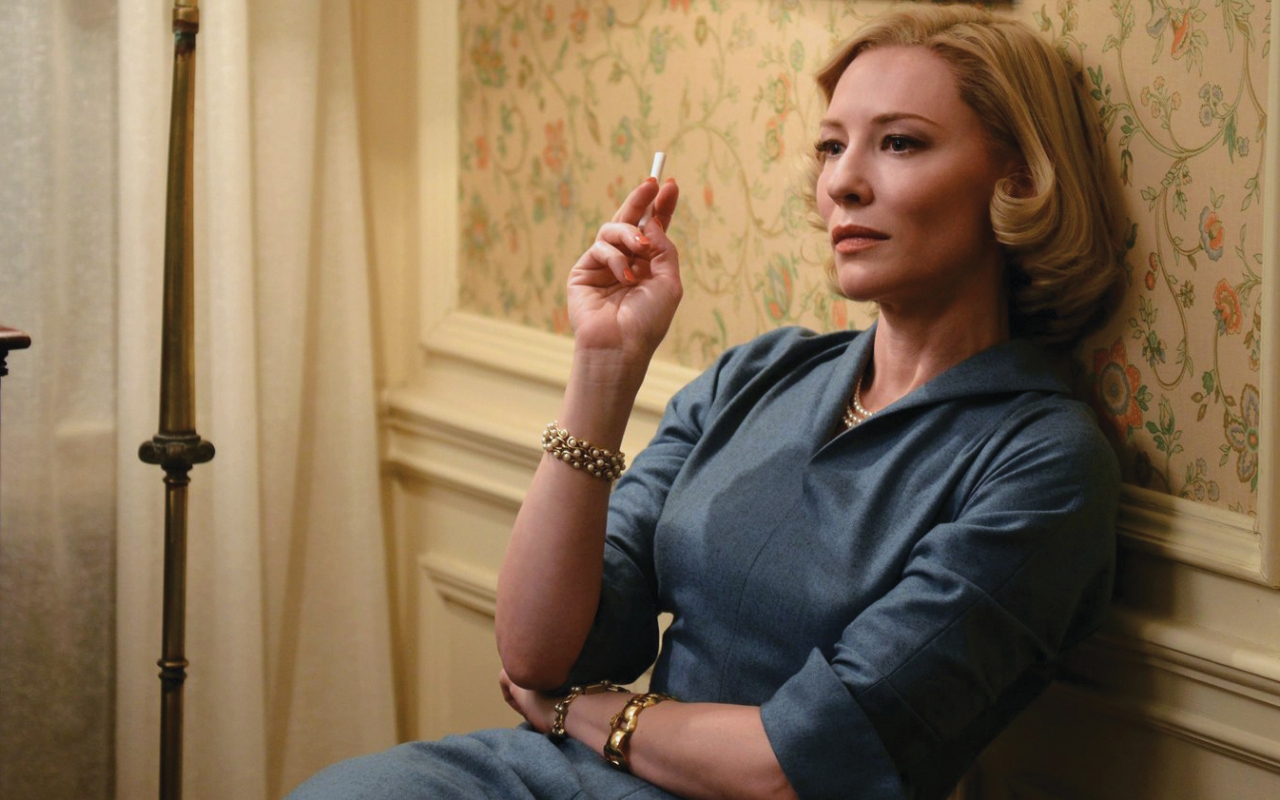 You bet it is. Subtle, incisive, and unabashedly amorous, Carol is a cinematic romance for the ages. And it’s a romance that you simply must experience for yourself. Don’t think twice about dropping that dollar this week. Watch it alone. Watch it with someone special. Watch it with an open mind and an open heart. Let it remind you of what it’s like to fall in love. And let it show you that love is valid for all people.

‘Mighty No. 9’ Gets Equipped With Disappointment