Home NewsEntertainment The iTunes 99 Cent Movie Rental of The Week: ‘Woman In Gold’
EntertainmentTV and Movies

The iTunes 99 Cent Movie Rental of The Week: ‘Woman In Gold’ 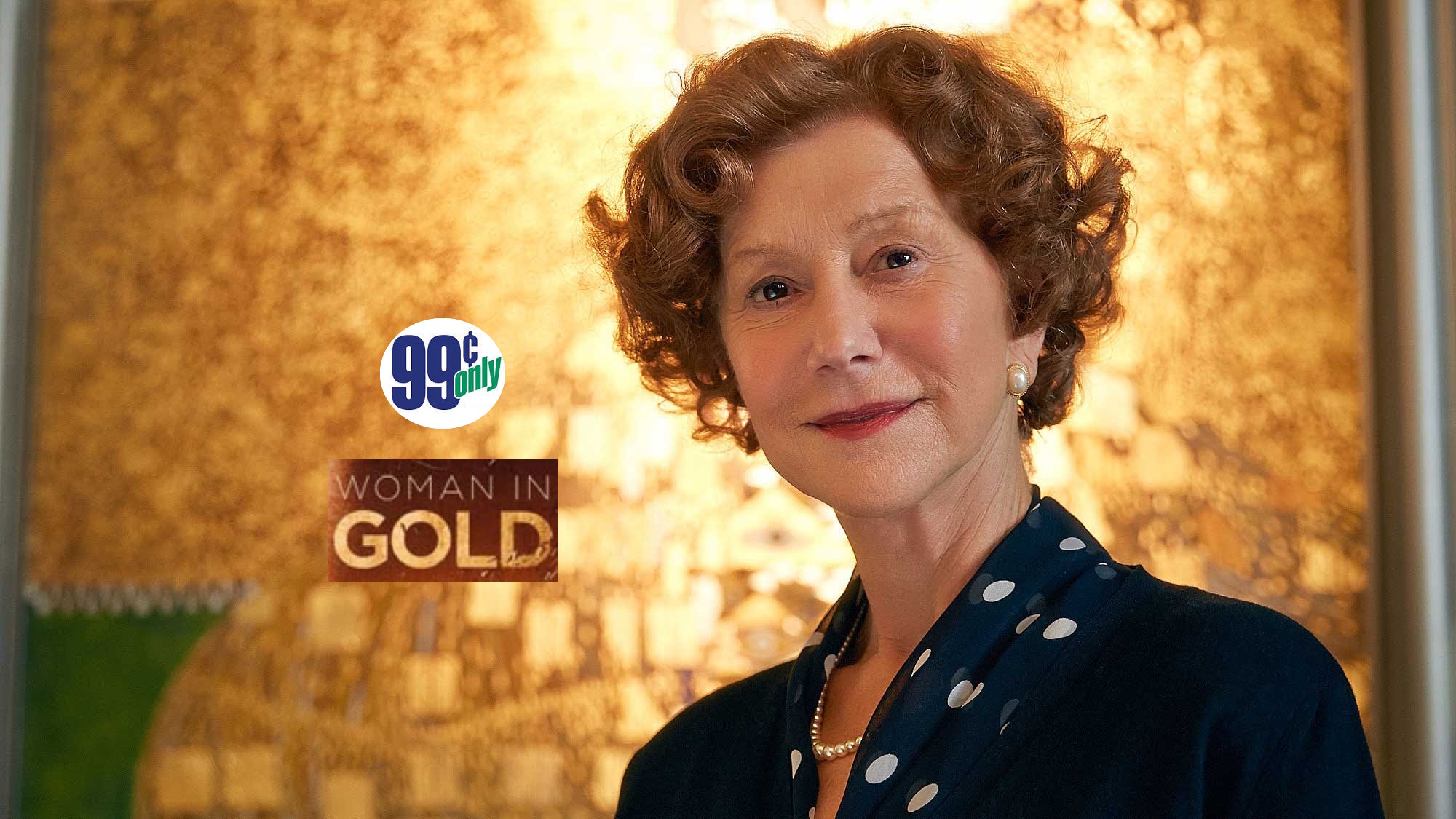 This week, Helen Mirren and Ryan Reynolds wage war with the Austrian government in hopes of recovering a priceless work of art in Woman In Gold.

They’ll Never Admit What They Did

In the wake of her sister’s death, feisty octogenarian Maria Altmann (Mirren) unearths documents detailing her family’s legal claim to Gustav Klimt’s masterpiece, Portrait of Adele Bloch-Bauer I (aka Woman In Gold). Plundered by Nazis during their occupation of Vienna, the famous portrait of Maria’s Aunt Adele (through some disgracefully shady dealings) found its way to the walls of Austria’s Belvedere Palace. Seeking to utilize Austria’s Art Restitution Laws, Maria enlists the help of a clever-but-inexperienced attorney (Reynolds) to help her battle the Austrian government and reclaim an artifact (and a history) that is rightfully hers.

Based on a gripping true story of perseverance, Woman In Gold tries to tell a simple story of human drama, but takes all the drama out of the equation. The result is a predictable, boorish, manipulative melodrama with little to say about art and less to say about life. But at least the painting is pretty. 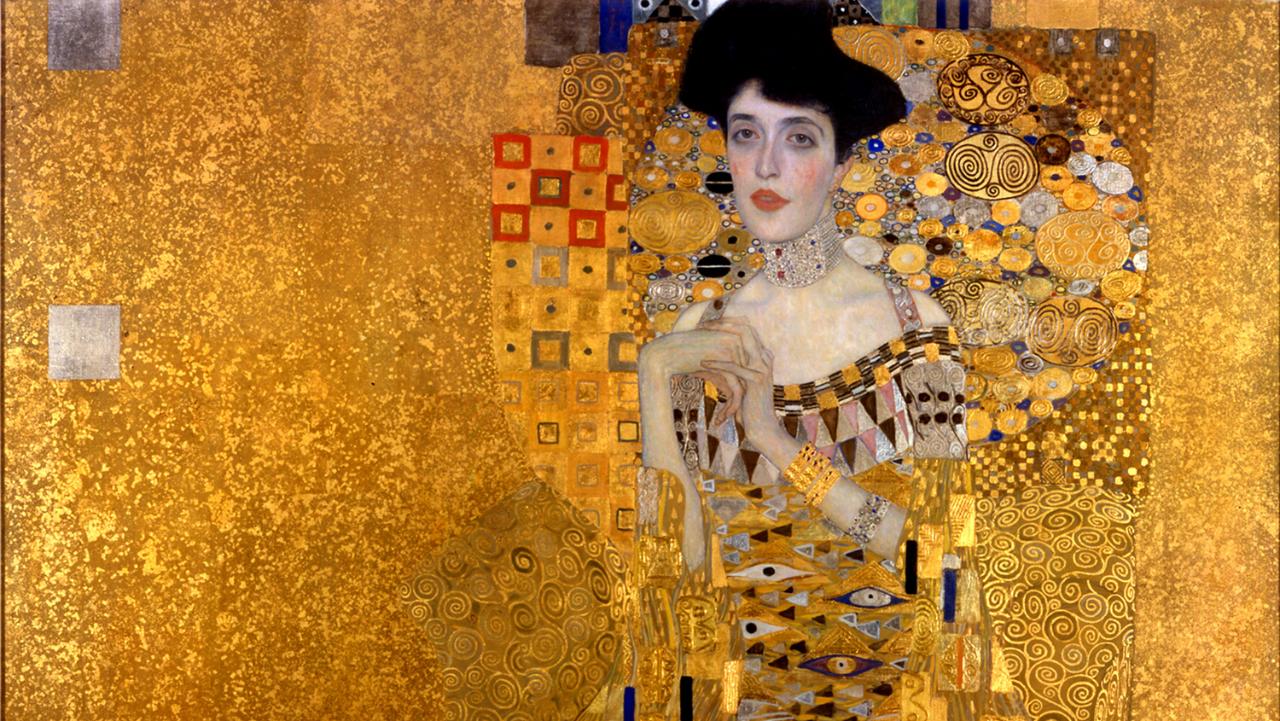 You Think They Will Just Let Her Go?

Woman In Gold opens circa 1907, Klimt gracefully putting brush to his shimmering “golden phase” masterpiece. His subject Adele sits motionless, a pensive look on her face. Klimt asks why she looks worried. Adele confesses to being concerned for the future of her country. Sadness consumes her eyes as Klimt captures the emotion. Lavishly photographed and intimately introspective, the opening scene is a stunner. Sadly, it’s the only moment in Woman In Gold with any emotional impact. Cut to Los Angeles – 1998. We find Maria Altmann standing by a coffin delivering a loving eulogy for her sister. “Life is more of a boxing match than a race,” she states. It’s an overtly obvious speech – we get it, Maria is a fighter –  but it’s spoken without an ounce of sincerity from Mirren. Less than five minutes into Maria’s story, Mirren seems bored by it. As Woman In Gold proceeds, jumping incessantly back and forth in time, dramatic cliche begins to cloud a compelling narrative. What begins as a film about process and despair quickly turns into feel-good melodrama.

Part legal drama and part WWII survival tale, Maria Altmann’s life story should make for alluring cinema. Screenwriter Alexi Kaye Campbell wisely pays considerable deference to the past in Woman In Gold. Once prominent Viennese families, the Bloch-Bauer/Altmann story is an intriguing tale all its own. As war rages and Nazis spread fear across Europe, Maria’s family is held hostage in their own home. The Altmann’s watch helplessly as their treasured belongings (Klimt’s portrait of Adele among them) are looted by their evil oppressors. As the mood in Vienna continues its antisemitic descent, Maria and her husband are forced to run. Leaving her ailing parents behind, the young couple make a harrowing escape from Vienna and find a new home in Los Angeles. You couldn’t concoct a more daring flight or heart-breaking story if you tried. Yet, the tale of Maria’s battle to reclaim Klimt’s painting is equally absorbing. Forced to open old wounds, Maria must make peace with the past in order to preserve it for the future. Life and death are no longer the stakes, but preserving her own history becomes a mortal struggle for Maria. The reclamation of her family’s prized painting becomes Maria’s only means of exacting justice from the dark past. With such a colorful palate to draw from, why does Woman In Gold feel so bland? 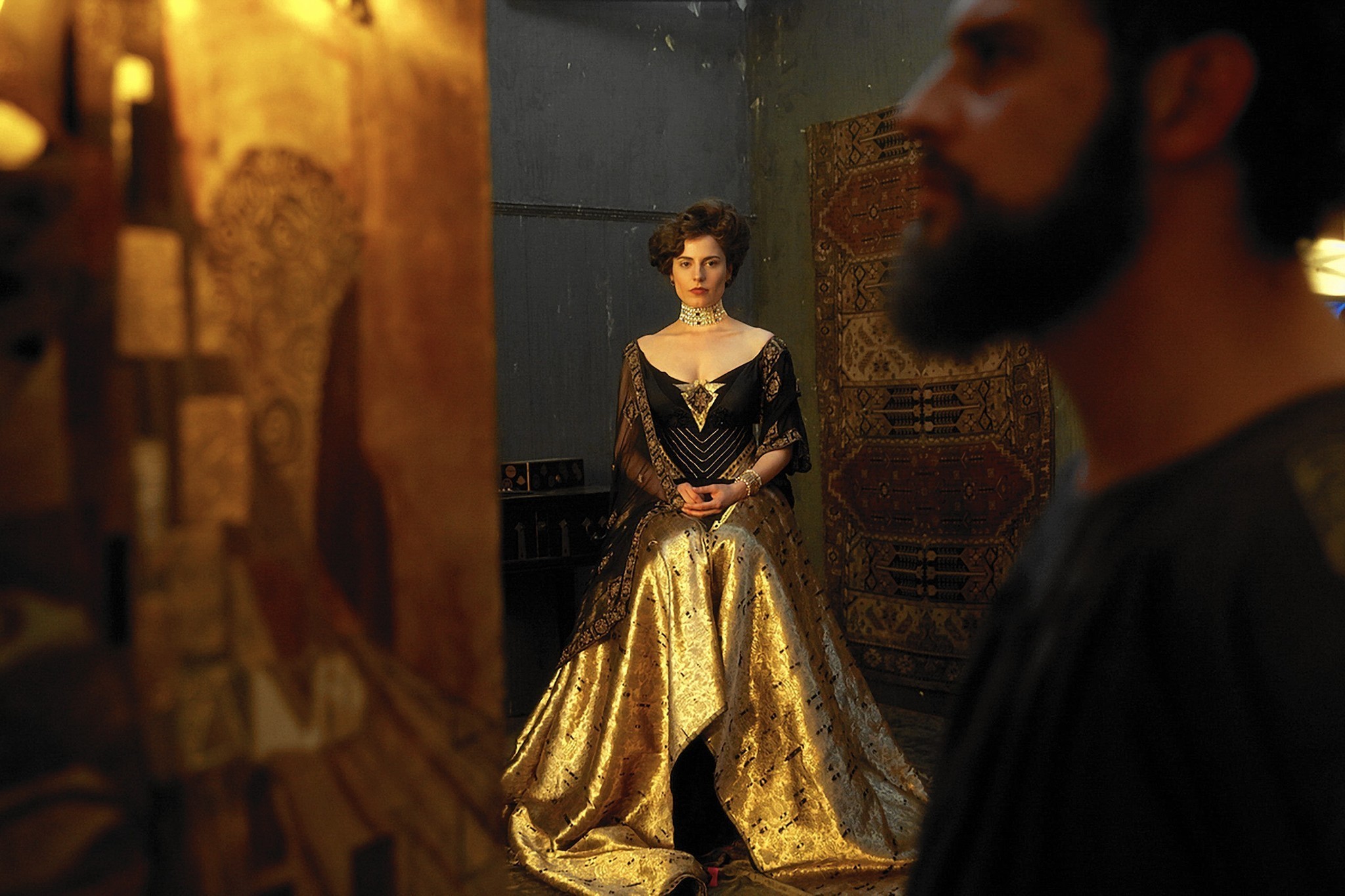 It all starts with the script. Campbell never finds the right balance between historical fact and Hollywood formula. You know how Woman In Gold will end within its first 10 minutes, but a riveting story can still be told. With two captivating timelines to explore, Campbell never focuses on one long enough for viewers to engage with either. Nor does Campbell manage to tell either story in full. Director Simon Curtis does Campbell’s script no favors by connecting the engrossing tales with the clunky grace of a bad TV show. How many times can Maria gaze off into the distance before flashing back to the Vienna of her youth? As director, Curtis has worked mainly in television and his style lends itself to more serialized narratives. I had the thought about halfway through Woman In Gold that the story would work better as a four part miniseries. Switching between past and present in one hour blocks would allow Curtis to explore each time period in depth. He could also pay proper respect to Maria’s painful past and complicated present. Instead, we get a muddled version of each and lose a remarkable story of triumph in the process.

Of course, with Helen Mirren on board, you’d think half of Curtis’s work was done. Think again. In Woman In Gold, Mirren turns in one of the worst performances of her career. Fumbling over an accent that sounds more Irish than Austrian, Mirren looks bored, confused, and unfocused in this film. Not helping matters is the tragic miscasting of Ryan Reynolds as her lawyer. Reynolds has never been a strong actor, but he’s always traded well on charm. Working through scenes with Mirren, charm is not enough and Reynolds looks hopelessly out of his depth. You can see him acting in every second of screen time, so that every second he’s on screen brings Woman In Gold down another emotional peg. 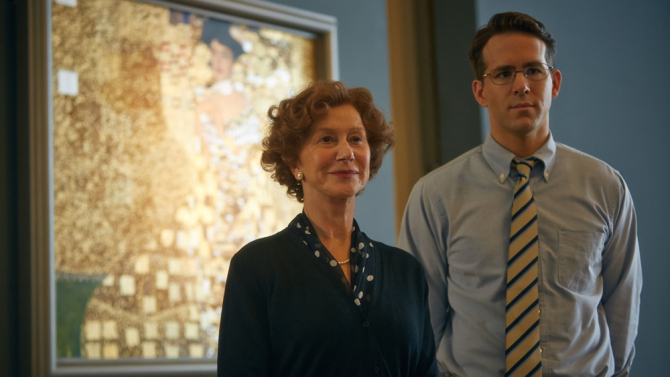 Save your change this week ’cause Woman In Gold is a bit of a stinker. Appallingly bad performances and ham-fisted storytelling make this an easy skip. If you want to see Helen Mirren kick some Nazi war-criminal ass, head over to Netflix and have a look at The Debt (2010). That film should remind you what a badass Mirren is, and just how effective she is in the right movie. If you are interested in Maria Altmann’s story, Jane Chaplain’s documentary Stealing Klimt (2007) paints a much more compelling picture of Maria’s life. And her life deserves it. 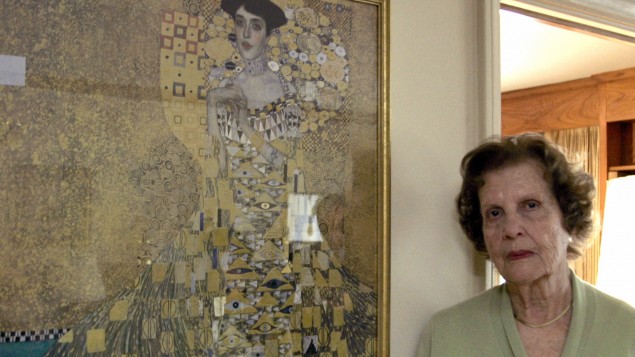