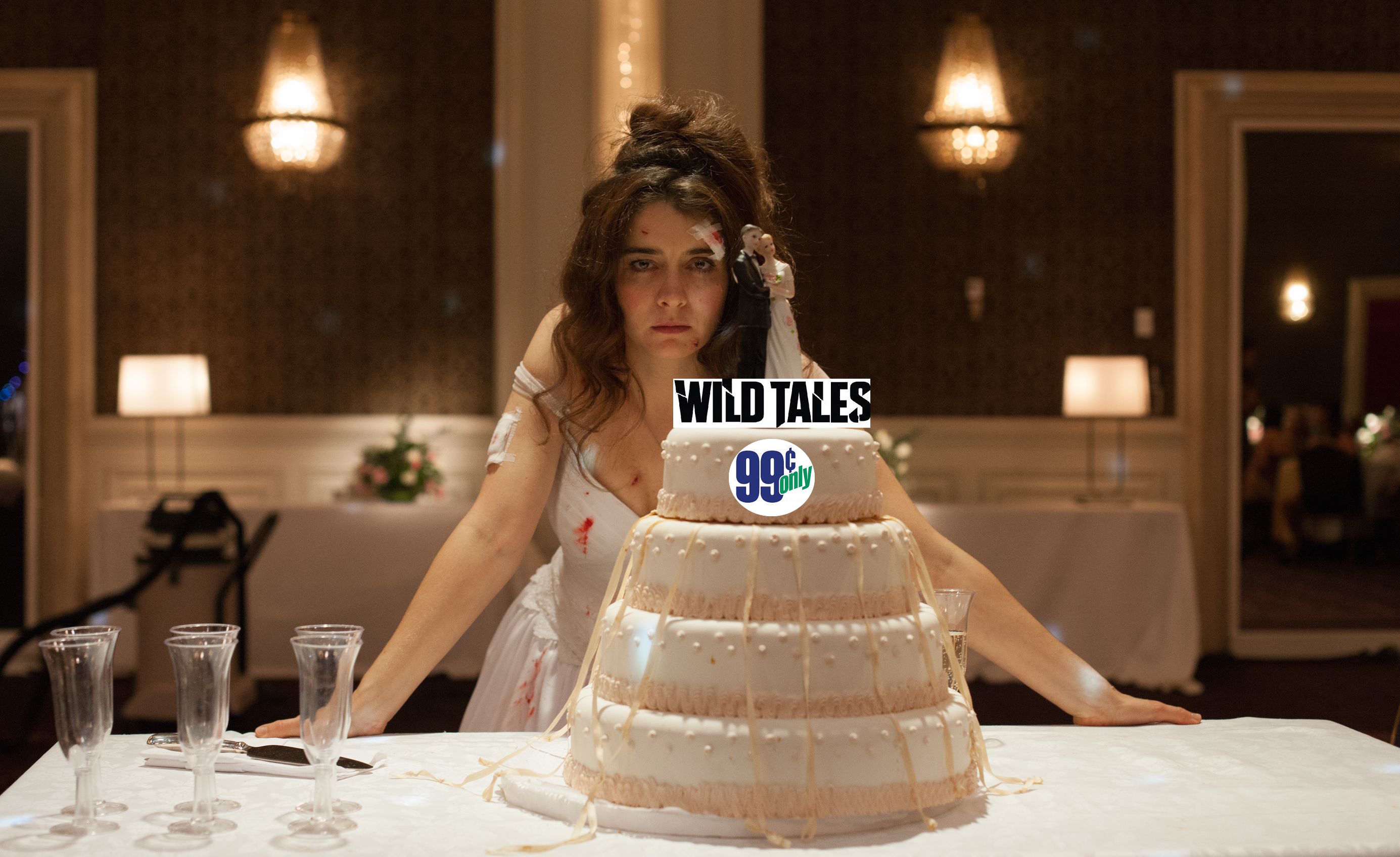 This week, iTunes takes us on a trip through the weird, brutal, and bleakly effervescent world of Wild Tales. Make sure you’ve got your glasses kids, cause this twisted, Spanish-language ride will require some light reading (as in subtitles if you catch my drift). 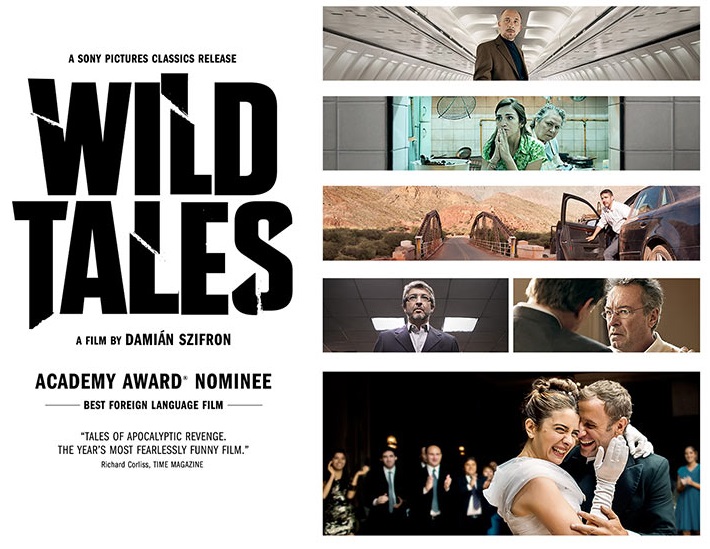 Writer/Director Damián Szifron took a risk and established an immediate expectation when he titled his latest film Wild Tales. But that risk may have been a perfectly calculated one. Cosmic coincidence, searing rage, and desperate discoveries lay at the heart of the six fables that comprise Szifron’s film. A moment of pre-flight flirting swiftly takes a dramatic, dangerous turn. A diner waitress is faced with a moral crisis when she serves the man who wronged her father. A pompous yuppie and a brutish blue-collar find their inner monsters in a twisted tale of road rage gone haywire. An explosives expert is pushed over the edge after having his car towed. A wealthy banker plays chess with his own son’s life as he negotiates “acceptable” terms in the wake of a tragedy. A new bride’s marital bliss dissolves in the middle of her wedding reception and utter chaos ensues.

Connected by little more than a common theme of vengeance and omnipotent mood, the stories in Wild Tales are happy to dwell in the moment. Crises of conscience arise, society seems on the brink of collapse and no one is immune to consequence in Szifron’s bowed universe. But Szifron keeps his tongue firmly in cheek throughout, delivering some of the year’s biggest thrills and oddest laughs. He’s also delivered an intensely satisfying film. 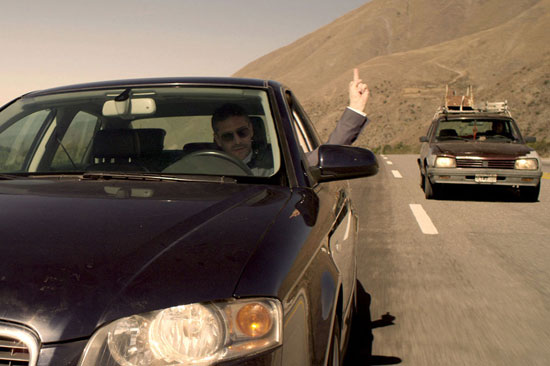 “A Crime of Passion?”

Cut from the same “vignettey” cloth as films like Twenty Bucks (1993) and Thirty Two Short Films About Glenn Gould (1993), that satisfaction bit may come as a surprise. Where those two films are rewarding exceptions, too often movies that collect and connect vignettes feel underdeveloped or too cleverly connected. To be honest, Wild Tales really shouldn’t work. With Thirty Two Short Films and Twenty Bucks, a central character (the Canadian composer) or object (a single twenty dollar bill) weave through and tie together their respective fictions. Wild Tales sports no such connective thread. The whole film should be a disjointed mess. But Szifron is no dummy and cleverly finds a way to put his puzzle together without directly connecting his pieces. Careful viewers will find hidden within each individual short a subtle nod to the story that comes next. I could tell you all of them, but I wouldn’t dream of ruining the fun in finding them yourself. This exquisite bit of allusion is all the glue necessary to hold Szifron’s pieces together.

And what of those pieces? Each is dramatically different and meticulously executed. “Pasternak,” the daringly ambiguous tale of mass-comeuppance may be the strongest opening for a film I’ve ever seen, immaculately setting the pace for the stories that follow. By the time the final segment of Wild Tales begins, you think you’re ready for anything. About halfway through the brutal (emotionally and physically) wedding reception in “Until Death Do Us Part” it becomes clear that you’re not. Sandwiched between these two standouts are equally impressive and cynically venomous tales of not-quite cosmic payback. Time and the fragile nature of existence are prime topics throughout as lives are transformed in a moment and forever altered in the immediate aftermath…mostly within a few minutes or hours. When you think about it, that’s all it really takes. Only “Bombita” dares to drag its story out for longer than a single day, but it’s also the only story that requires a bit more time as one man seeks to wake a nation by single-handedly fighting a soulless bureaucracy. More than tales of revenge, these are tales of awakening.

Setting out to tell stories about “the undeniable pleasure of losing control,” Szifron has achieved something far more significant with Wild Tales. In his six collected tales, he manages to hold a sharply focused magnifying glass up to the morally ambiguous world that we live in. We’re supposed to laugh at the mischievously malicious nature of the stories, but Szifron also takes the time to consider whether or not we should. Yes, Wild Tales is funny but is it a comedy? Therein lies the delicate balance of the film…and the delicate balance of life for that matter. 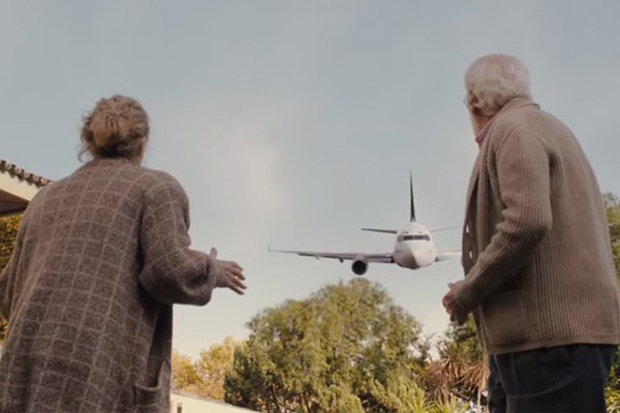 Hell yes. Wild Tales is absolutely worth that $0.99 this week. Szifron’s stellar cinematic vision was produced by Agustín and Pedro Almodóvar. If you know those names then you have some idea of the general vibe that sets this film apart. If not, get ready for one seriously wild ride. In the Almodóvar universe “too far” are words that mean you didn’t go far enough. Nothing is off limits and nothing is too shocking as Szifron fearlessly answers their call. You may have trouble sitting through Wild Tales‘ more uncomfortable scenes (yes, there are a few), but stick with it. You will not be disappointed. You may even find yourself giggling as the credits roll.

How to Get Girls into STEM: Girls Want Less Geek

9 Mobile Games to Survive Your Commute