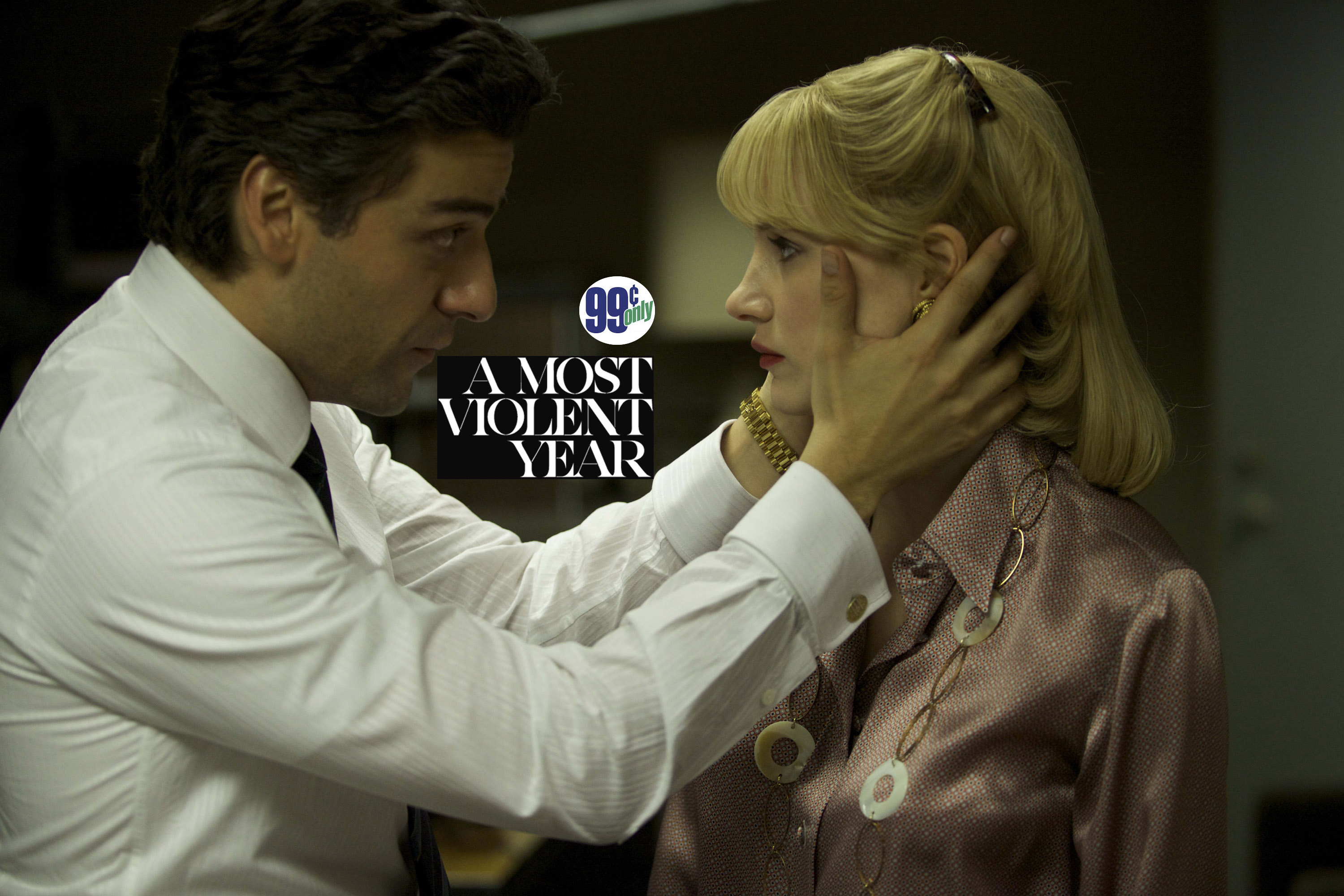 This week, Oscar Isaac and Jessica Chastain aim to build an empire while staying on the right side of the law in A Most Violent Year.

“When It Feels Scary to Jump, That’s Exactly When You Jump.”

New York City. 1981. Statistically speaking, one of the most violent years in the gritty city’s history. Enter Abel Morales (Oscar Isaac). A fiercely driven immigrant and entrepreneur, Abel is cocky in a vulnerable sort of way…a man of principle in a time of scoundrels. With his scrupulous wife Anne (Jessica Chastain), he owns and operates a home-heating oil business. In the throes of a savage winter, business is booming and Abel is on the verge of a deal that could bring success beyond even his wildest dreams. But after years of slowly leeching their customers, Abel’s corrupt competitors have had enough. A series of violent attacks on Abel’s delivery trucks and a nosy detective (David Oyelowo) are destabilizing everything he has worked for. When both threats invade the couple’s cozy new suburban palace, Abel’s hand is forced. Action must be taken. But what does that mean for a man like Abel?

Spotlighting a wondrously bleak moment in time, Director J.C. Chandor paints a heavy cloud of dread over every inch of A Most Violent Year‘s gloomy canvas. Exquisitely crafted, the hypnotic film tantalizes as the city descends into its dark heart and threatens to take Abel down with it. Morality battles survival as Anne fashions her own brand of justice and Abel tries to lead his family down an ever-shifting “right” path. Life, death, love, and legacy hang in the balance for the Morales’ as threats breed fear, fear breeds paranoia, and danger lurks behind every single decision. 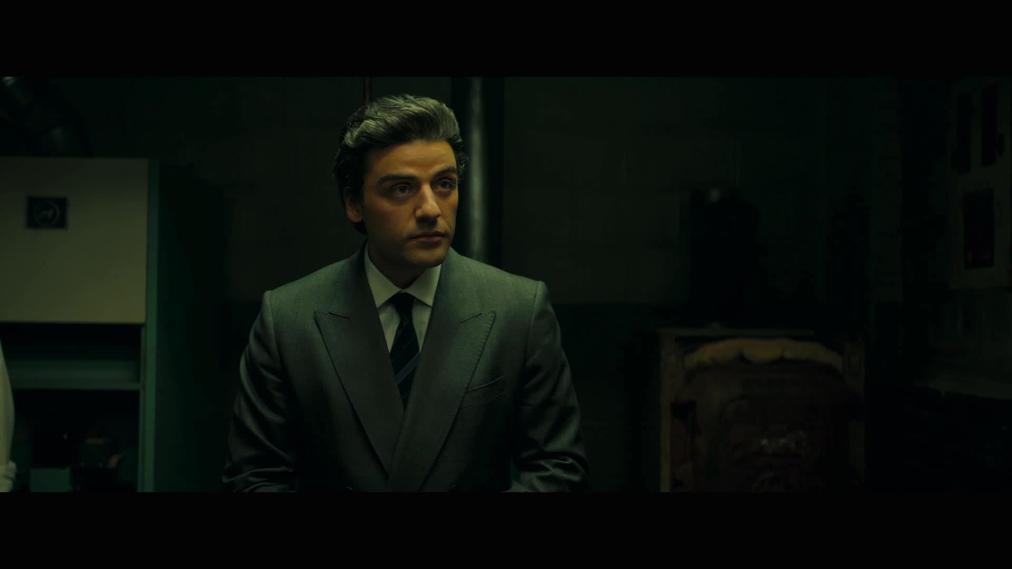 “You Should Know That I Have Always Taken the Path That Is Most Right.”

Yes, J.C. Chandor keeps the stakes high in his third feature film, and adds to an already impressive body of work. The director’s first film, Margin Call (2011), took a scathing look into the back room dealings that led to one of America’s worst financial crises while his second, All Is Lost (2013), explored one man’s unflinching will to survive. It’s hardly a stretch to see A Most Violent Year as a hybrid of those two films. After all, Abel’s will to succeed in business propels the escalating threat against his mortality. Unlike Chandor’s previous films, A Most Violent Year is bigger and more sharply focused. It’s closer in tone to The Godfather (1972). Though his meticulously paced film never quite reaches the emotional treasure chest of Coppola’s mobster masterpiece, you have to admire Chandor’s ambition. The canvas is larger and the moods are deeper in A Most Violent Year and Chandor expertly escalates the stakes every step of the way. It seems only a matter of time before some grave evil befalls Abel and/or Anna.

But in spite of its title, A Most Violent Year largely avoids depicting scenes of actual violence. One of the film’s more brutal moments involves a car, a shovel, and a pistol as Abel and Anna argue about how to handle a stricken deer. In the couple’s tug-of-war, the fate of the injured animal becomes an afterthought. “You gotta put it outta its misery,” Anna proclaims as Abel hovers over the animal. The daughter of a known gangster, Anna lacks the moral aptitude of her husband and here is where much of the conflict in A Most Violent Year originates. Anna believes in action. Direct action. Purposeful action. Abel, on the other hand, seems paralyzed by the thought of action. Opposing views come to a head when threats pour out of the city and into their home. Calm conversations turn into expository wars of words as Anna pushes her husband towards action. Lines between right and wrong blur as Abel struggles to find his way. In the couple’s emotionally torrid state, the rare scenes of physical violence play with an exhilarating calm and A Most Violent Year finally lives up the promise of its name. “We Are Not Who You Think We Are.”

Chandor’s house of cards relies almost entirely on the performances of Oscar Isaac and Jessica Chastain. I cannot say enough about what these actors accomplish in A Most Violent Year. More than the breathtaking cinematography of Bradford Young or Alex Ebert’s cryptic score, it’s the performances of Isaac and Chastain that make A Most Violent Year worth watching…and re-watching. From the moment we meet Abel, we can see a war waging inside of him. Every thought, decision, and pain is visible in the face of Oscar Isaac. Abel wants nothing more than to succeed, if only to prove to the gangsters and corrupt politicians that he can without them. A mix of pride, desire, and fear drive Abel’s decisions as Isaac hides the emotions just under the surface. Only twice in his deeply internalized performance do we see the beasts in Abel’s mind unleashed. Those moments are as potent as anything you’ve seen in a film and the delicate balancing act confirms Isaac as one of the finest actors of our time.

In Chastain, Isaac has met his match and more. Her Anna simply doesn’t know how to keep all of her emotions in. Or maybe she doesn’t see the point. As much as Abel wants to succeed, Anna wants it even more. Raised by a gangster, she also understands that he may not get to do it on his own terms. As their story progresses, Chastain plays Anna as a woman torn between pushing her husband to be the man she wants him to be and the man he needs to be. She may not always know which is which. Loving and practical and vicious and spiteful, somehow Chastain presents every side of Anna as acutely human. We know exactly where she’s coming from, even if we don’t agree with her. By the time the credits roll, you’re really not sure who’s right or wrong in their relationship. What toll has been taken is even less clear…but there’s a fire burning between them. It’s burning between the actors who play them too and damn if you’re not consumed by it.

And then some. I paid full price to see A Most Violent Year when it hit theaters early in 2015. It says a lot that I was eager to drop an extra $0.99 to see it again. You should absolutely drop that dollar as well because A Most Violent Year is one of the year’s best films. Featuring deeply nuanced performances from Isaac and Chastain, A Most Violent Year is a daring dissection of the myth of the “American Dream.” More than that, it’s a fascinating human drama that will get under your skin and stick with you long after the final images fade.