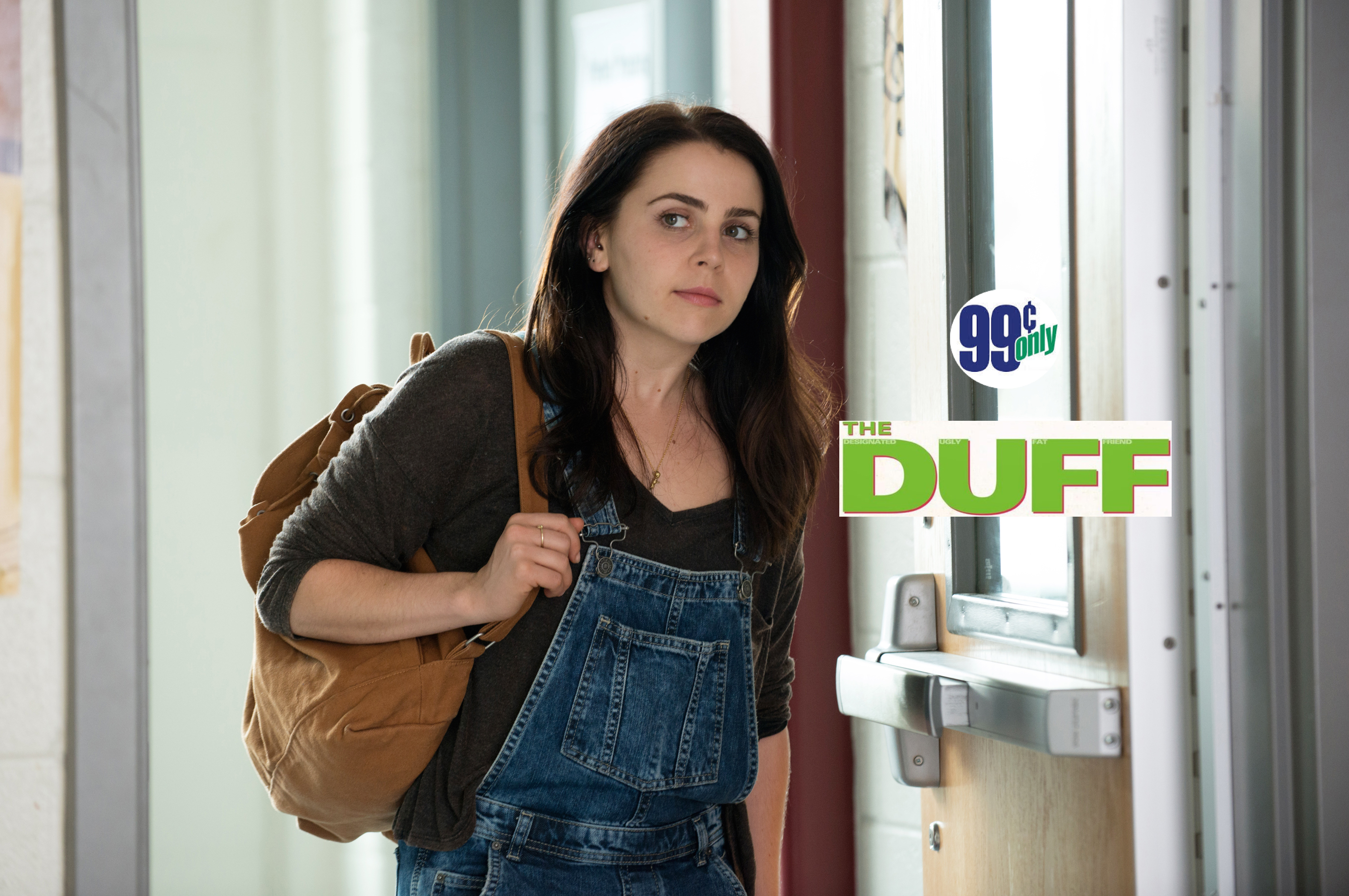 This week, Mae Whitman’s humdrum high school existence is turned upside down with the discovery that she’s a very specific kind of friend in The DUFF. 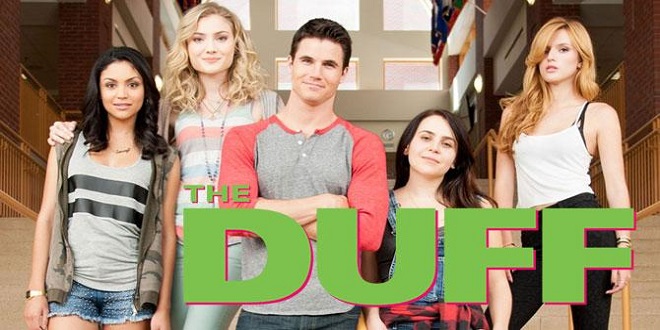 A Place Without Labels

Honor student, star of the school paper, and sublimely comfortable in her slightly-dorky skin, Bianca Piper (Whitman) is coasting through senior year. Flanked by her absurdly good looking bffs Jess and Casey, not even the hazardous waters of high school sociology can stop her from becoming the woman she wants to be…cult horror films and all. It hardly matters that she can’t speak more than three words to her crush, Toby…or that “pre-celebrity” Madison is out to destroy her. Nope, Bianca is who Bianca is and nothing will change that.

Nothing that is, until her super-jock neighbor Wes (Robbie Ammell) informs her that she’s a DUFF. For those of you who don’t know (I didn’t either), DUFF is an acronym for Designated Ugly Fat Friend. The crude phrase is enough to shatter Bianca’s comfortable existence. Genuinely hurt by the concept, Bianca quits her friends and sets out to prove to the world that she’s more than a DUFF. Naturally, in a strain of logic only suitable to high school fiction, Bianca’s plan involves Wes helping her to overcome her DUFFness. Wes agrees to help. After all, he’s (teen movie motif!!) failing chemistry and on the verge of being suspended from the football team. Turns out golden boy Wes really needs that football scholarship. Angst, romance, and even homecoming take center stage as The DUFF plays out exactly the way you expect…and exactly like every high school comedy that came before it.

Equal parts Can’t Buy Me Love (1987) and She’s All That (1999) with a healthy dose of Drive Me Crazy (1999) and Mean Girls (2004), The DUFF has little to offer in the way of originality and ultimately crumbles under the weight of its formulaic nature. And it doesn’t even have the common decency to give us a stoner-doofus to laugh at. 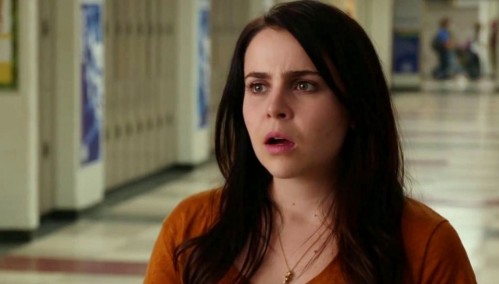 That’s not to say that teen movie formulas don’t work. Three decades or so of hit films prove quite the opposite. But if you’re playing with an established formula, you need to bring something fresh to the table. Can’t Buy Me Love keys on a frightening level of desperation hiding just below the surface of its central character. A beguiling light then shines on the fragile nature of friendship and popularity. She’s All That semi-cleverly updated My Fair Lady for the late ’90s teen set and held a mirror up to the face of identity itself. While The DUFF earnestly reaches for similar territory, it never settles on any element of its story long enough for an original idea to take hold. In the end, not a single original idea stands out.

Directed without an ounce of style by Ari Sandel, The DUFF  looks and feels a bit cheap as Sandel utilizes an amateur’s bag of showy tricks to tell his story. But the film may suffer most from its own source material. Kody Keplinger‘s 2007 novel of the same name was published when Keplinger was only 17 years old. Though it was celebrated for honestly portraying the deeply sexual nature of modern teenage life, the book reads like it was written by a teen who has watched too many movies. Josh A. Cagan adapted the novel for the big screen and his screenplay landed on the 2011 Hollywood Blacklist. That R-rated version is not the script that was produced. Cagan was encouraged by the film’s producers to cut the sexual nature of the story with the hope of fashioning a “family friendly” film. Polished and easy to swallow, you can feel a deep void left in the absence of the more adult themes. The DUFF pokes and peaks around the corners of edginess, but always pulls back just on the verge of becoming interesting. It’s one big tease that comes to an end with a surprisingly antiseptic, Hallmark movie feel that even rising star Mae Whitman cannot overcome.

It’s frustrating that The DUFF fails in so many ways when it features such an endearing performance from star Mae Whitman. Pretty in a pleasantly plain way, Whitman has made a career of supporting role scene-stealing on projects like Arrested Development and The Perks Of Being A Wallflower (2012). Given the chance to take center stage with The DUFF, Whitman more than rises to the occasion. She’s a bit too old (27) to be playing a high school senior. At this stage in her career Whitman seems to have a particular kinship to a young woman learning how to embrace who she really is. She also manages to eek out a surprising amount of youthful exuberance as Bianca. Watching Whitman swing teen naiveté into bold determination as Bianca faces her first real-life choices is entirely satisfying and nearly raises The DUFF into watchable territory. Sadly, Whitman’s winning performance is not enough to overcome the sloppy and unfocused nature of the script. One can only hope that Whitman will get another chance to carry a film with stronger material.

Save that $0.99 for something more satisfying this week ’cause The DUFF will leave you feeling a bit empty. It will certainly satisfy the portion of the population who hasn’t seen the films that The DUFF shamelessly borrows from, but viewers over the age of 17 will just not connect. Outside of Mae Whitman’s first-rate performance, there’s simply not much worth seeing. If you’re eager to recapture that awkward “teenage dream” moment of your life, I’d recommend heading over to Netflix and adding Fast Times At Ridgemont High and Mean Girls to your queue. Maybe throw a little 10 Things I Hate About You in the mix and make a full day out of it. That’s some serious cross-generational angst for the entire family.