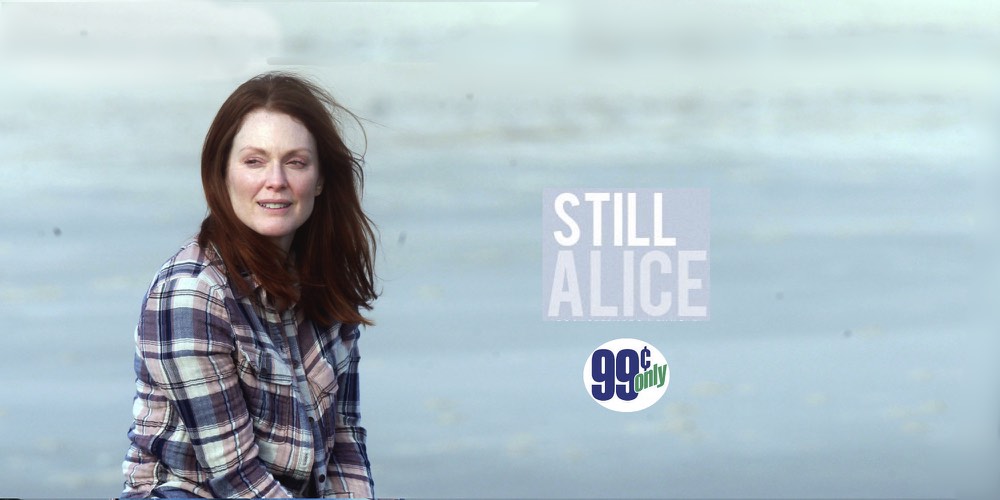 Oof. That one hurt, iTunes. This week Julianne Moore takes us through the swelling abyss of Alzheimer’s Disease in the heartbreaking Still Alice.

The World Is Not Outside Of You

In the wake of her 50th birthday, Alice Howland (Moore) seems to have it all – three beautiful children, a loving marriage, a rewarding career, and a lifetime of cherished memories. But something is happening. A lost word here, a blank moment there, and troubling gaps in memory are starting to pile up. A moment of utter despair on her daily run leads Alice to seek the opinion of a neurologist. The news is worst-case as the term Early-onset Alzheimer’s rears its ugly head…an admonition made worse as the word Familial closely follows.

Touching in its focus and devastating in its lack of sentimentality, Still Alice tells the harrowing tale of one brilliant woman struggling to remain herself. Even as everything she knows slips away into the great unknown. 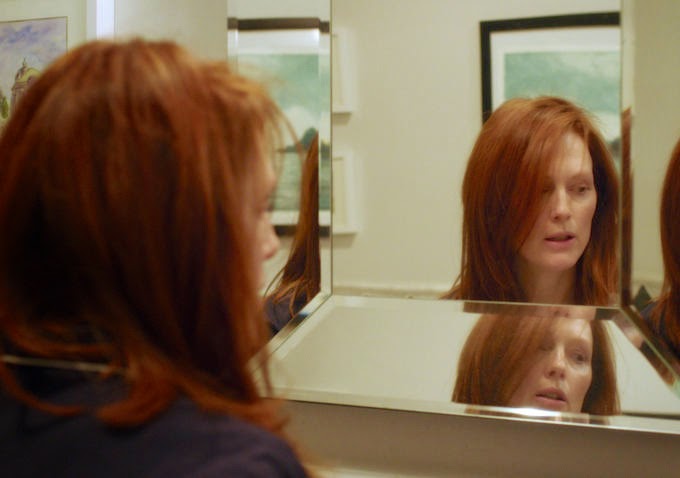 The Art of Losing

Still Alice is very much a film about the unknown. It’s familiar territory for Co-Directors Richard Glatzer and Wash Westmoreland. Their two previous films, Quinceañera (2006) and The Last of Robin Hood (2013), both followed teenage girls into the ever choppy, unknown waters of adulthood. Those films felt small, even if their stories were big. Glatzer and Westmoreland again take the small approach with Still Alice as they present a middle-aged Alice in a big world that feels altogether contained. There’s work and home and the routines of her life. A lecture, a run through campus, or even a trip to Pinkberry are the sort of things that are taken for granted. Glatzer and Westmoreland initially capture these moments in wide shots and achieve great effect by shrinking the frame around Alice as her illness shrinks the lovingly repetitious world around her. This technique is particularly effective when Alice is first diagnosed by her neurologist. The entire scene is one static, uncut shot of Alice’s face as she reacts to the news. Life as she knows it ceases to exist. In this moment, who else could possibly matter?

Outside of that agonizing scene (and a near fatal overuse of soft filters), the filmmakers keep Still Alice out of the stylistic realm and focus on the simple. Much of Cinematographer Denis Lenoir‘s photography is clean and effective. It doesn’t add much to the film, but it certainly doesn’t detract. Style is not important in Still Alice. Time is.

The Trouble Is, You Think You Have Time

I honestly couldn’t tell you how much time passes between the opening of Still Alice and the haunting final moments, but that’s kind of the point. Time is a fluid thing when Alzheimer’s is involved. It shifts and moves and folds over on itself as the disease wreaks unholy havoc on its victim. The past is prominent in Still Alice, but overshadowing that past is the quickly dwindling future.

Complex relationships populate Alice’s life and it’s difficult to watch those relationships change as the possibility of the future slowly disappears. At 50, Alice is young enough to know what a burden she will become. She’s also aware of how much she will lose in the process. The real tragedy of Still Alice is not the death of the past, but the loss of the future. 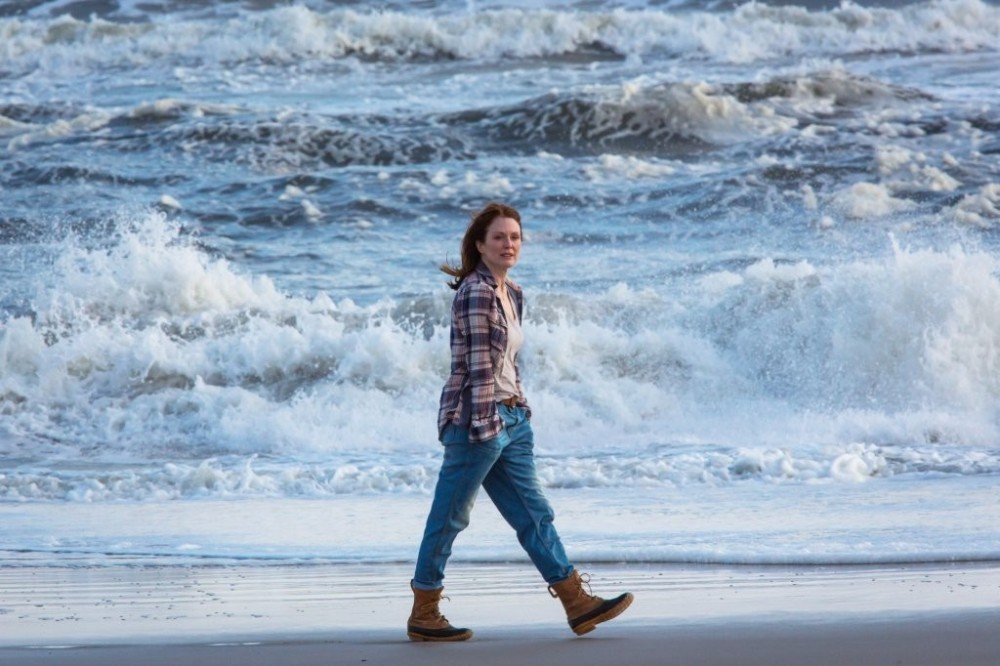 The Past Never Equals The Future

The effect of loss and time are themes that films often present (often ineffectively) through tricky narrative structures, but tricks would only distract from the tender heart of Still Alice. Rather than rely on tricks, the filmmakers instead rely on talent. Enter Julianne Moore, whose richly nuanced performance deftly tethers Alice’s past, present, and rapidly waning future. With every quiet gesture and pained word, Moore conjures a sense of loss that, hopefully, most of us will never know.

An actor of supernatural depth, Moore has carved out a career playing women on the verge of breakdowns and on the edge of society. With Alice, she’s found a woman who is initially neither of those things. Cool and calm, Alice is the picture of the successful modern woman, but with every faded memory and lost skill, Alice wanders helplessly closer to the edge. Watching her Alice deconstructed leaves you with a feeling of overwhelming despair, and despair is where Moore brings her Alice to alarming form. With wild, bewildered eyes Moore captures the annoyance, fear, and frustration of trying to remember how to do something that you’re sure you used to know how to do…or even to remember the face of your own child.

Moore is ably backed by a supporting cast that includes Alec Baldwin and Kristen Stewart. Suffering husband and softhearted daughter respectively, the duo are well cast and bring a rich texture to characters who could have fallen by the wayside in the service of supporting Moore’s towering performance.

You bet. Yes, it’s sad. Yes, it’s out to make you cry. Yes, you probably will cry. But Still Alice is worth every tear and every bit of that $0.99. A film deeply concerned with identity, Still Alice carves a unique face of its own by not only daring to ask “what is self?” but caring enough about the answer to try and help you find it. Ultimately, it may not succeed in that grand ambition, but in the film’s final moment as Moore’s character stares into the void, a single word escapes her mouth that nearly sums it all up.

Happy viewing, kids…though this one really is quite weepy. See you next week!

‘Deadpool’: The “Merc With A Mouth” Returns to the Big Screen

‘Castle’ Season 8 Will Have Significant Changes