Home Entertainment iTunes $0.99 Rental of the Week is Sin City – A Dame To Kill For
Entertainment 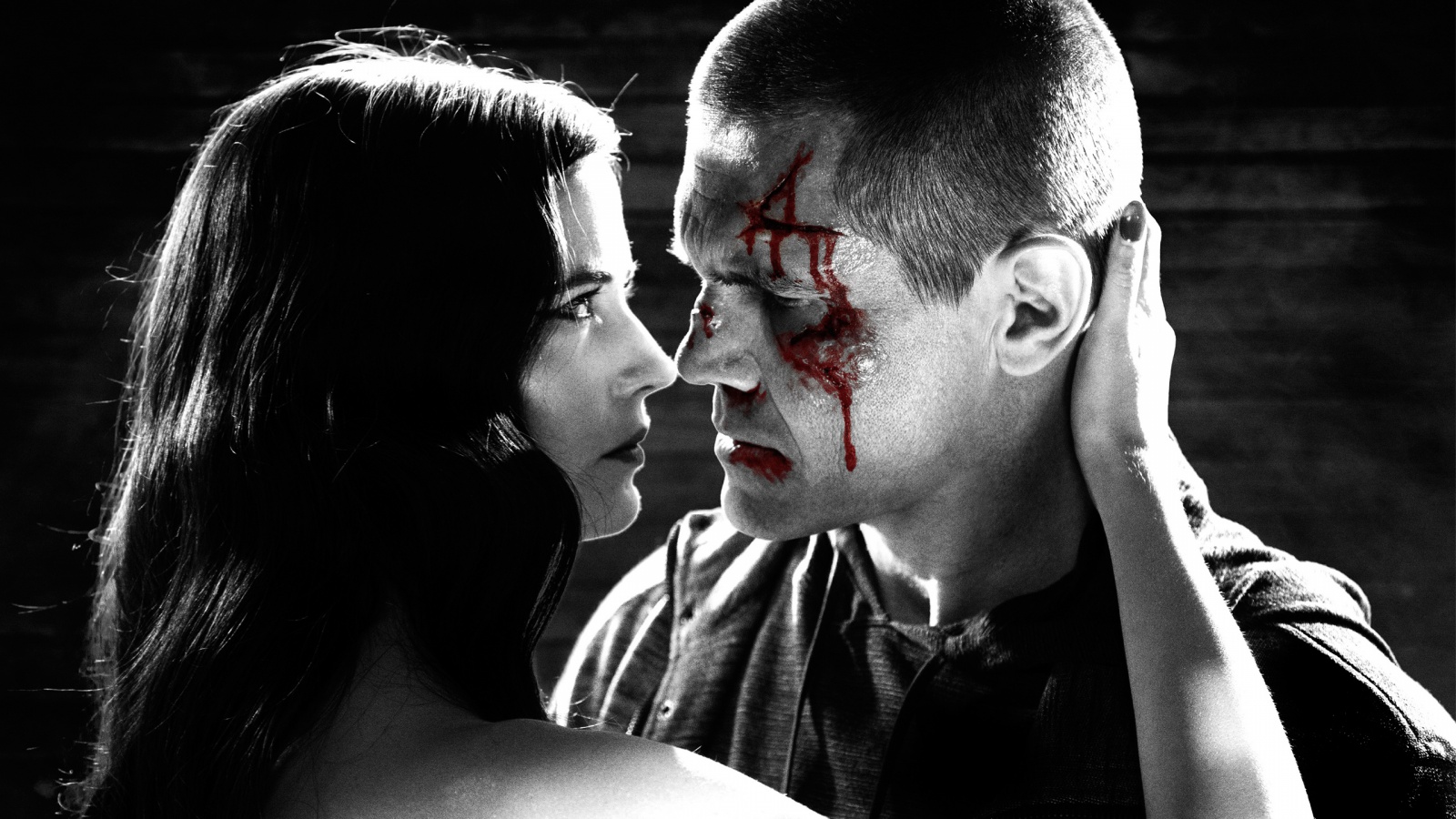 In general, sequels are a dangerous prospect.  Rarely are second acts able to match the charm and ingenuity of their predecessors.  Seems like for every success like The Godfather 2, we get about 10 misfires like, you know, The Godfather 3.  More often than not, filmmakers forget that they need to tell a new story set inside of their already established world and end up telling the same story again and again and again.  Such is the case with Frank Miller’s Sin City – A Dame To Kill For.

Back in 2003, Director Robert Rodriguez was trying to convince legendary graphic novelist Frank Miller to let him adapt Miller’s series of hard-nosed graphic novels, Sin City, into a feature film.  Miller had been firm in his belief that no film technique could match the insanely bold visual style of his books.  Keep in mind also that back in ‘o3 Batman Begins and Iron Man had not yet ushered in the golden age of comic book cinema so there was simply not enough of a track record for comic books and graphic novel adaptations to take a risk on a series like Sin City.  And it was a huge risk.

Thankfully, Rodriguez is a filmmaker who enjoys risks, so he took a big one and shot the first 5 minutes of the film as he’d conceived it at his own expense using some remarkable new techniques in CGI.  He then flew Miller to his home/studio in Texas to show him the footage and plead his case, with the stipulation that if Miller did not like what he’d done, the project would be killed.  That didn’t happen.  Miller flipped for the footage and the rest is history.

In 2005, Rodriguez and Miller loosed Sin City on the world.  The nihilistic, stylized film was unlike anything we’d seen before.  It was giddy in its violence, over-the-top with it’s sex, wildly original with its characters and in love with it’s sleazy settings.  A film wholly devoted to it’s own sadistic attitude, it created a world in which literally anything could happen…and probably would.  Visually, there had been nothing to prepare us for the awe-inspiring look that Rodriguez was able to achieve in Sin City.  Frank Miller’s art truly came to life and jumped right off the screen page by bloody page.  Whether you liked it or hated it, you left the theater with an understanding that you had just been part of something completely unique.

Talk immediately turned to when the sequel would be made.  There were, after all, several Sin City books and stories that were not included in the film and were ripe for the film treatment.  Indeed, Rodriguez and Miller were quite frank about their desire to see those stories told on the big screen too.  And then 9 years passed.

Almost as an afterthought, Rodriguez and Miller have finally returned to BaSin City for another roll through the gutters of the real city that never sleeps…or dies for that matter.  The result is Sin City – A Dame To Kill For,  a jumbled mess of a film that brings nothing new to the table and never really clicks on any level.

The structure of this film is virtually identical to the original as we again wander our way through several storylines told as vignettes with intersecting characters, etc.  Rodriguez and Miller pull content mainly from 3 Sin City stories:  Just Another Saturday Night, The Long Hard Night and, of course, A Dame To Kill For (this last title taking up most of the screen time).

Marv’s story, taken from Just Another Saturday Night, begins as he wakes from a deadly car accident and realizes he’s forgotten to take his medicine again.  Bad things happen when Marv doesn’t take his medicine.  He proceeds to piece together a series of ultra-violent events from yet another boozy evening and eventually ends up pretty much exactly where he began.  So it goes with Marv, who we came to know well in the first Sin City.  He remains the most enigmatic presence of this world and again plays thru-line for the stories that follow.  This is a character that Mickey Rourke was made to play and he really provides some depth to this deeply, deeply disturbed man.

Joseph Gordon-Levitt turns up in the second segment as Johnny, a charming gambler who never loses.  Its based on book The Long Hard Night and also features Powers Boothe reprising his role as the uber-evil Senator Roarke.  Roarke is a man who relishes power above all else, and indeed his power is the only thing in this film that actually feels dangerous.  He’s the sort of Senator who will execute a man in the middle of the street, and that is very intimidating.  Gordon-Levitt does his best with thin material here, and the actors do manage to make this story work in the end, though just by a pinky.  There’s also a great cameo from Christopher Lloyd in this segment.  Always nice to see him in anything.

Next up is Josh Brolin grimacing and groveling his way through the eponymous story, A Dame to Kill For.  He steps into the role of a pre-surgery Dwight McCarthy…the character that Clive Owen brought such a sense of bravado to in the original Sin City (yes, one line of dialogue in the first film completely explains the character change!).  Brolin simply does not match Owen in his Dwightness though, and the character falls completely flat this time around.  Eva Green is on hand as that titular Dame, by the way.  I’m giggling as I write titular because Green’s breasts are featured so prominently in this segment that they become the defining trait of her character, which is a shame.  Green is the perfect actress to play a deadly femme-fatale, but nobody could be bothered to write anything more interesting for her character than nudity…which a true femme-fatale would never rely so heavily on.

The final segment is newly written material involving Nancy Callahan’s plot to take revenge on Senator Roarke for the untimely death of her would-be beau, Hartigan (Bruce Willis’ character from the first film).  Frankly, this segment of the film is utterly empty.  I got bored just writing that summary sentence.  You get the feeling that this storyline was written for the sole purpose of putting Jessica Alba, who returns to play Callahan, back into as many skimpy outfits as possible…in that regard I suppose it is massively successful.

Ugh, where was I?  Did I mention that this is a jumbled mess of a film?  Good.   Rodriguez and Miller didn’t just drop the ball with this sequel…they ran a mack truck over it.  Then they backed up and ran over it again. There is nothing new to look at in Sin City 2 and even less to think about.  The stories all feel remarkably familiar, everything drags on way too long, and that beautifully tantalizing feeling of dread and wonder that always lingered just in the shadows of the first film is completely missing here.  I can’t help but wonder how so many talented people who got it so right with Sin City got it all so wrong this time.

Oh, and whatever happens, do not spend a single second thinking about the timeline of events between the first and second films…it’s the stuff that migraines are made of.

What else is there to say?  If you saw Sin City back in 2005, then you have already seen Sin City – A Dame To Kill For.  Don’t waste your time or bullets on this film.  Do yourself a favor and go find a copy of the books instead.  They’ll cost a bit more than $0.99, but you will get so much more out of them.

The iTunes $0.99 Rental of The Week: ‘The Skeleton Twins’