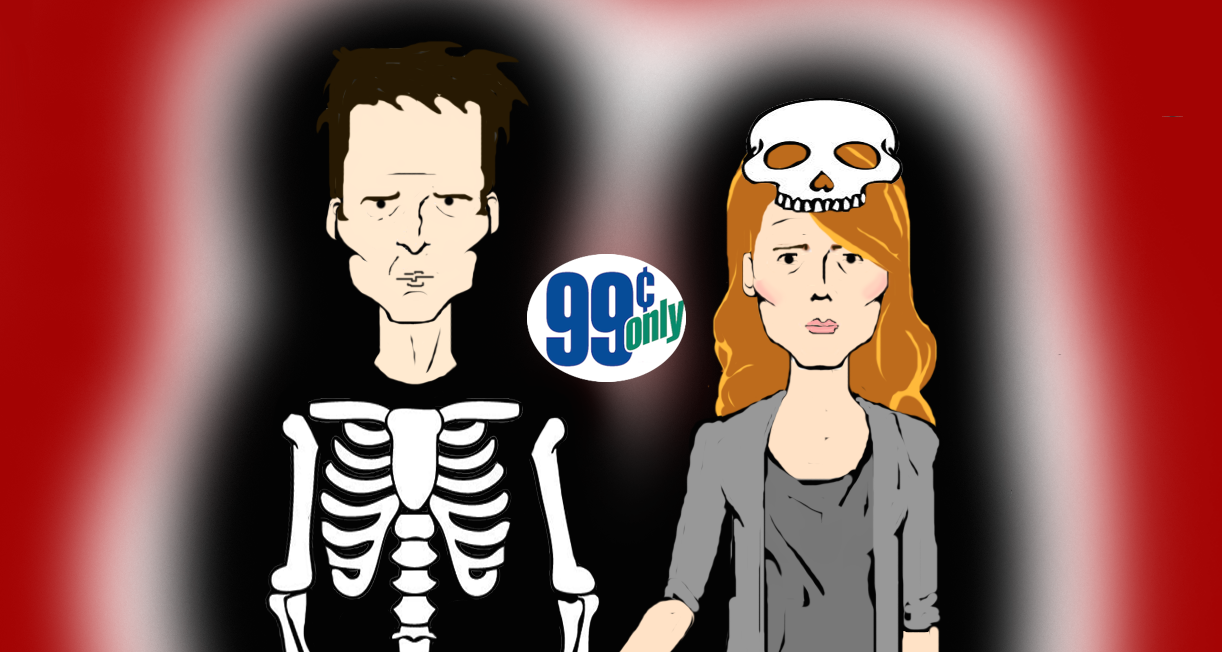 Quite often a movie’s individual parts are greater than it’s whole.  Such is the case with this week’s film, Craig Johnson’s The Skeleton Twins (or, how I learned to stop worrying and move to LA, as I like to call it).

We meet Milo and Maggie as they simultaneously attempt to commit suicide on different sides of the country.  The fact that one of them is unsuccessful ultimately ends up saving the other’s life.  When Maggie shows up in Milo’s hospital room, he is embarrassed to have become a suicidal “gay-cliche” and she is barely holding a cap on her own despair.  We find out that they haven’t seen each other or spoken in 10 years for reasons that remain foggy.  They are both miserable, so naturally Maggie invites her brother to come to upstate New York and stay with her and her husband while he recovers.  This is truly the stuff of indie cinema and the movie plays out in pretty much the notes you expect – relationships are restored, strained and tested.  Good times are had.  Bad times too.  And it all leads to a bittersweet-yet-hopeful ending.  You can go home again, but you can’t go home again.

That’s not to say I didn’t enjoy this film.  I almost did.  It’s individual pieces are generally solid even if they do not quite form a satisfying whole.

Speaking of those pieces, Kristin Wiig and Bill Hader are the two with all the weight on their shoulders here.  Both actors bring their A+ games and shine in the titular roles.  These characters have significantly darker edges than they are accustomed to, but both actors manage to find the right balance between the light and the dark here.  Hader, an actor who has made a solid living in small-but-hilarious roles for the past decade, particularly stands apart as Milo.  Given center stage, he lets loose and plunges the depths of a character that could easily have become that “gay-cliche.”  In Hader’s hands we meet Milo as a real person with real feelings and real problems.  We have a very clear grasp on where he is coming from, even if he doesn’t.  It’s a very human performance from a very funny guy. Wiig has a little less to work with as Maggie, who has a good heart but very bad instincts,  particularly towards an Australian scuba instructor…totally makes sense that the sexy Australian scuba instructor would move to upstate New York to teach scuba.  I’m sure they have a pond there or something…right? Anyway, Wiig does manage to pull from Maggie what she can and strings us along enough to have some interest in how things turn out for her.

Wiig and Hader have been working together for ages now, including their substantial time on Saturday Night Live, and their ease with each other really breathes through in their performances here. One of the better moments of the film, and there are some really nice ones, comes as Milo drags Maggie reluctantly into a duet of Nothing’s Gonna Stop Us Now by Starship.  It’s a moment that will leave you smiling whether you want to or not, and it only works because the actors knew exactly when and how it should play.  I get the impression that the script may have been written to say, “and here’s where Kristen and Bill do something funny with a song.  Just like they did on SNL.”

About that script, though, it’s a piece that doesn’t quite work.  The comedy gets lost in the drama and the drama is lost on the comedy.   Oddly, as a story centering on Milo and Maggie, it feels like it doesn’t quite focus on them enough.  We see a small glimpse of their childhood through flashback, but we don’t have enough context for their relationship as it exists to care how it evolves.  It might help to find out why they stopped speaking to each other in the first place, but even that is barely alluded to.  It’s never quite enough with these characters as written and if we care about them in the end, we can attribute that mostly to the people playing them.

Largely wasted are Luke Wilson and Ty Burrell in supporting roles as Maggie’s very upstate husband and Milo’s very closeted obsession.  It’s always frustrating when supporting characters are written poorly and that’s just what happens as these two performances are done in by the broad strokes of a script that doesn’t really care about them.

The look of the film is somewhat of a puzzle, too.  Director of Photography Reed Morano seems a bit lost with this story.  He’s shot a good looking film, but doesn’t bring any sort of style to the proceedings and fails to match or impact the shifting moods of the Maggie and Milo.  The transitional shots in this film are truly lovely, but feel like the only fully realized images to make the final cut.  The same could be said for the moody original music which sounds great, but never feels like it belongs to this story.  Pop songs are also spottily placed throughout and ultimately it all feels like temp-music.

Which brings us to Director/Co-Writer Craig Johnson…AKA, the piece that failed.  It’s a shame that so much solid work could not be folded into a more cohesive story.  It feels like there is a good movie in here somewhere, but Johnson never really finds the right blend of drama or comedy and the tone of the film shifts too much to stay with it.  Directing is all about making decisions and it feels like he didn’t make many for this film. There are some nice one-liners and some lovely dramatic moments, but they feel like they are part of two different movies and end up taking the piss right out of this story.

In the end, there’s not enough body-tissue to hold The Skeleton Twins together.  Fans of Wiig and Hader will feel this is a dollar well spent.   Others may want to think twice before dropping a bone on this one.