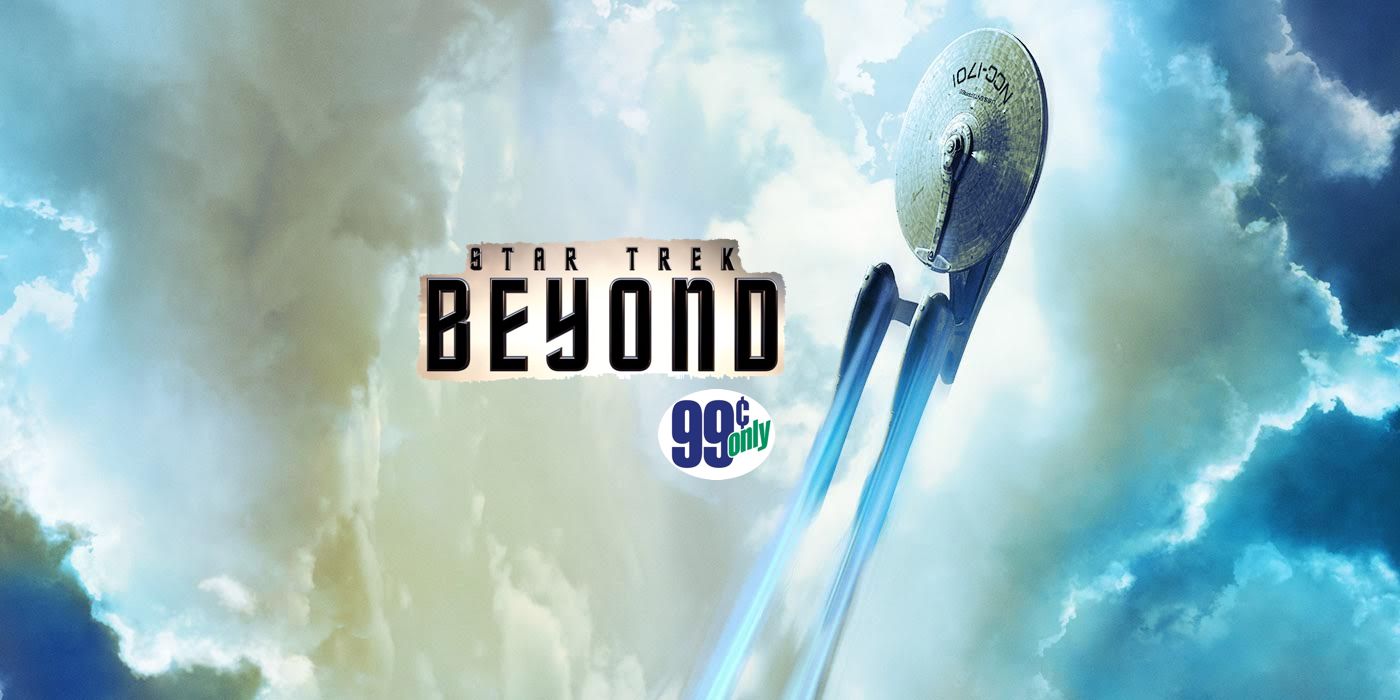 This week, the crew of the USS Enterprise boldly go where they’ve gone many, many times before in Star Trek Beyond.

You Really Want to Go Back up There?

Midway through their five-year mission to push through the boundaries of space, the crew of the Enterprise are struggling with the monotony of life aboard the vessel. It’s gotten to the point that Captain Kirk (Chris Pine) and even Spock (Zachary Quinto) are considering leaving their posts and heading on to greener pastures. Luckily, a dangerous new mission arises that will test the limits and loyalties of Kirk, Spock, Bones, et al. to the limit … and maybe further. So begins Justin Lin’s action-packed but pointless Star Trek Beyond. 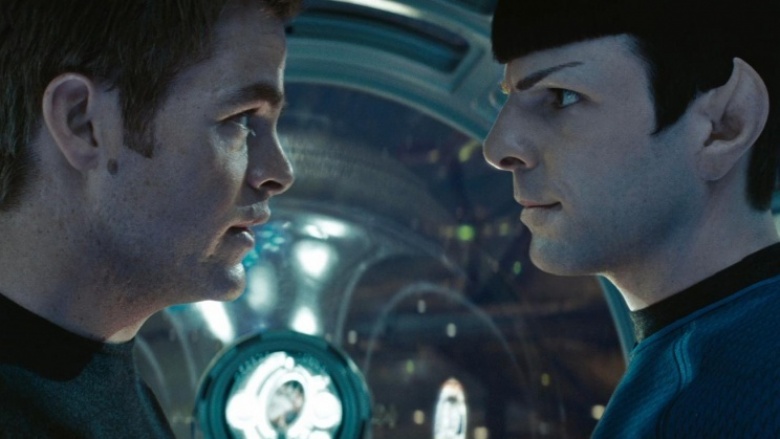 Let’s Never Do That Again

Beyond what you ask? Tough to say. The writers of Star Trek Beyond (Simon Pegg & Doug Jung) might have an excellent back story for that title. Or maybe the film’s producers know what it means. My guess is it tested well and sounded like it would roll off the tongue at the box-office. Either way, you won’t find any answers in the film itself. Near as I can tell, the only thing Star Trek Beyond actually goes beyond is a palatable run-time.

About 45 minutes into this film, I wanted to turn it off. Not because it’s poorly made – the production values are top-notch. Or because I couldn’t follow the story – I kinda knew how the story would play out around the 15-minute mark. If you’ve ever seen a Star Trek film you will too. Mostly, I just didn’t care how the film got there. And I didn’t want to waste another hour plus of my life to find out. But I happen to like Star Trek stories, so I trudged along anyway. Watching the last hour of Beyond, I couldn’t help but feel that the actors felt the same way.

The last hour is almost non-stop action. Most Star Trek films follow that particular mold. Unlike other Star Trek films, no one in Beyond looks like they’re having any fun. The actors feel like an afterthought, props brought in to give the film a human feel amongst all the CGI, set-pieces, and explosions. It doesn’t work. While ships are crashing and photon torpedoes are exploding and innocent civilians are running for their lives, Pine & Co. deliver quippy dialogue (Pegg’s specialty) and try to look invested. But they never come across as anything more than set dressing for the action. And the action scenes exist only as plot devices. Their outcomes are foregone conclusions, leaving nothing at stake throughout.

Truth be told, the lack of genuine human stakes has always been an issue for the Star Trek franchise. Even killing Spock – still the high point of the entire franchise – felt a little like a parlor trick. Especially when they brought him back in the very next film. But those original films still managed to feel fresh … unique even. Killing Spock was a trick, but it was an unexpected trick executed to perfection. The bigger issue for the recent run of films (starting with J.J. Abrams’ 2009 re-boot) is that they haven’t brought anything new to the table outside of faces.

While those faces brought fresh energy to the franchise (particularly Quinto as Spock), that energy hasn’t carried over through the last two films. And everyone involved knows it. Pegg and Jung even try to subvert the fact with a sly bit of scripting about the monotony of being in space for so long. But their attempt at clever only draws more attention to the very real problem. They might have put that effort into writing a more compelling story for Beyond.

Still, Beyond is not a total loss. Even if the action scenes are meaningless, they’re beautifully staged. You can thank Director Justin Lin for that. If there’s one thing the director of The Fast and The Furious franchise knows it’s action. Lin makes the most of his first trip with Starfleet by finding new and extravagant ways to blow things up. His visual approach to the film is often stunning – the ‘snow globe’ space station Yorktown is a CGI triumph. And his use of Beastie Boys’ ‘Sabotage’ adds a bit of flavor to one of the film’s biggest action sequences. If Lin had given his characters the same attention, his Star Trek might have been something special.

In the end, Beyond never feels like anything more than an excuse for Lin to do what he does best and blow things up. Only this time in space. His Star Trek is big and bloated and utterly vapid … an episodic adventure that drags on for just over two hours. It’ll make you long for the days when these stories were told in just under one. 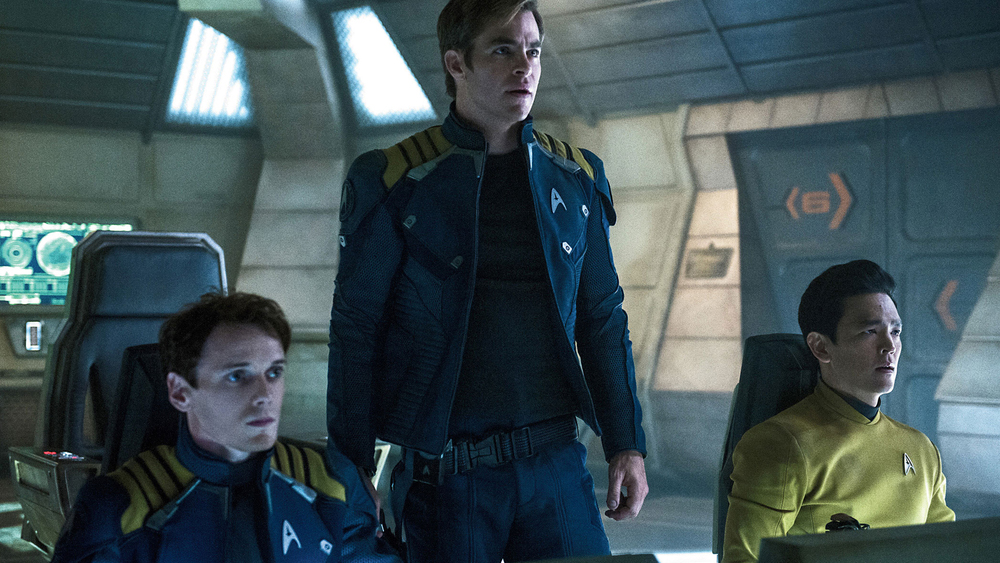 I like a good Star Trek film as much as the next guy. While Star Trek Beyond more than delivers on the action front, there’s not much else to it. The new characters are dull. The old characters don’t have enough to do. The story is predictable. It’s boring too. Even the amped up action can’t save Beyond from feeling like it was phoned in by cast and crew alike. So save your dollar this week. But if you’re hell-bent on seeing a big, bold franchise flick, put that dollar toward your ticket to see Logan. Seriously, go see Logan instead.