Home NewsEntertainment The iTunes $0.99 Movie of the Week: ‘Silence’
EntertainmentTV and Movies 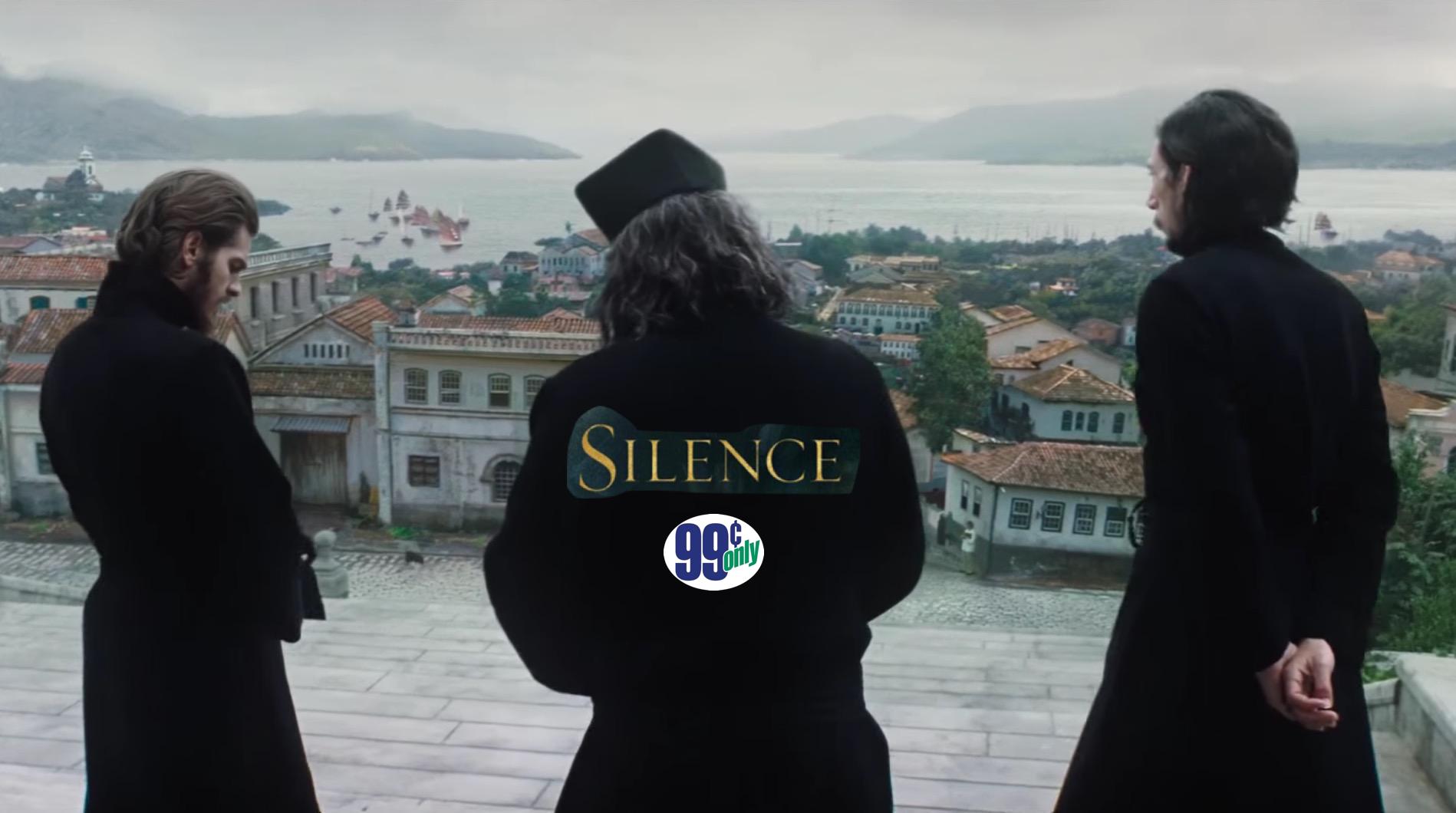 This week, Martin Scorsese leads Andrew Garfield on a search for salvation through a hostile, foreign land in Silence.

I Thought Martyrdom Would Be My Salvation

Upon hearing that their mentor has gone missing in Japan and been accused of apostasy, two Jesuit priests (Garfield and Adam Driver) set out on a mission to find their teacher, dispel the rumors, and spread the teachings of Catholicism. But their religion has been outlawed in Japan. Their very presence in the country is forbidden. And their mission is one that will test the limits of their faith. So begins Martin Scorsese’s mesmerizing but frustrating 17th Century epic, Silence. 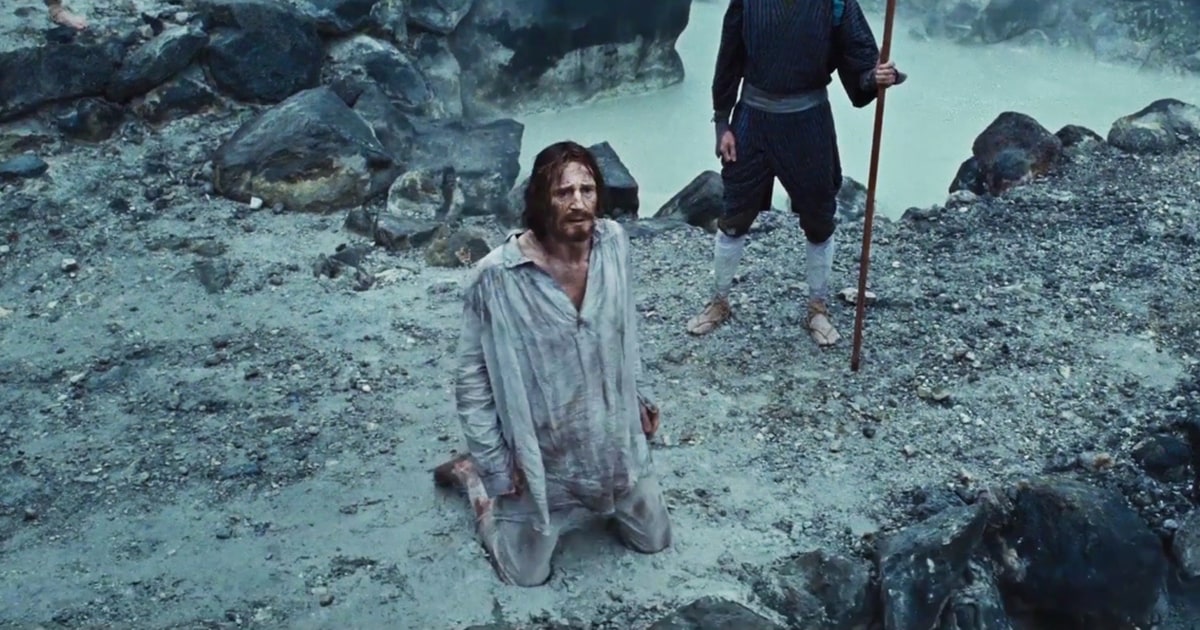 Am I Just Praying to Silence?

Trust me when I say that ‘epic’ is not an understatement. Featuring lavish production design, built around a meticulously paced narrative, and clocking in at a robust 2 hours and 41 minutes, Silence is one of the few films from the past decade to truly earn that title. But Silence is not an epic in the traditional sense. There are no massive armies marching heroically into conflict and no large-scale set pieces unfolding on bloody battlefields. Rather, Scorsese uses the grand scale of an epic to tell an immersive, small-scale tale of clandestine Catholicism and faith pushed to the brink.

If you’re a fan of Scorsese’s work, then you know this is familiar territory for the old master. From the very beginning of his career, Scorsese has always embraced the deeper questions of faith and spiritualism in his films. The inclusion of those heavy themes – and the symbolism he often gleans from them – has brought an unexpected weight to his more hard-boiled offerings (Raging Bull, Goodfellas, Bringing Out the Dead, etc.). Not to mention more overtly religious fare like The Last Temptation of Christ or the massively underappreciated Kundun.

For much of its epic run-time, Silence stands as a stirring entry to Scorsese’s spiritual oeuvre. It’s a film cloaked in sadness and consumed by weighty questions that often feel too big to ask – questions that revolve around the nature of faith, the desire for salvation, and the penetrating silences (from on high and otherwise) that tend to accompany both. Scorsese & Co. wisely avoid any attempt to provide answers, framing their film as a protracted-yet-personal account of one man’s life-long search. They capture every tortured moment with a gritty naturalism that bolsters the weight of those questions and demands viewers invest themselves as such.

Sadly, that investment is frequently undermined by the casting of Andrew Garfield who – despite providing an intriguingly blank-slate sort of presence – fails to reinforce the gravitas of the story unfolding around him. In fact, throughout the film he often seems overwhelmed by it. Of course, we’ve seen casting backfire for Scorsese before – i.e. Cameron Diaz’s almost unwatchable turn in Gangs of New York. But that film had the monumental performance of Daniel Day-Lewis to prop itself up on. Though Adam Driver and Ciarán Hinds carry some of Silence‘s weight with strong supporting turns, Garfield is simply overpowered by the material. As the film trudges on, his performance often undercuts that material. In the process, Scorsese’s soulful rumination on people suffering in – and through – silence, virtually crumbles under its own weight. 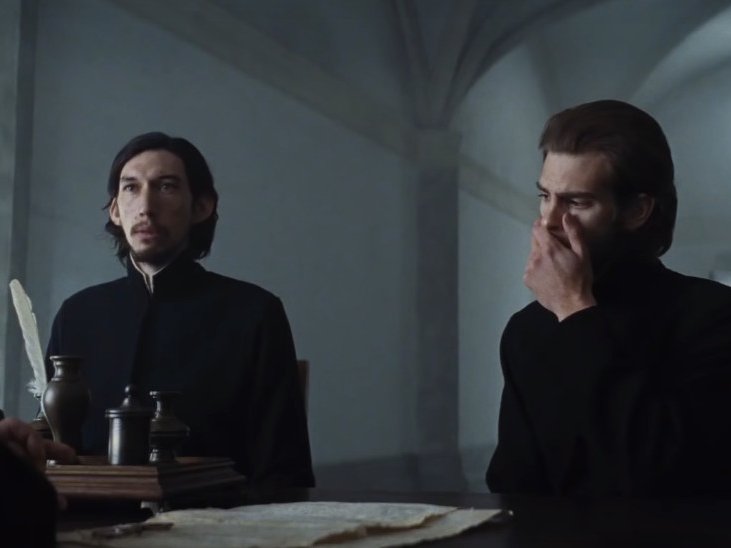 Look, I’ve dedicated much of my life to the complete and utter adoration of cinema, so I’m obligated to tell you that any Martin Scorsese film is worth a dollar. I’m also inclined to believe without question that that statement is true. Silence is far from the master filmmaker’s best work. But it’s a film of staggering beauty and robust belief. One that’s oozing with the uncompromising passion and intellect of the man who waited 20 years to make it. And one that never quite succumbs to a near tragic bit of miscasting. While Silence doesn’t quite rank with the director’s best work, even a minor misfire from Scorsese is more than worth your dollar. So fork it over already and witness a true master at work.

Check out the SNES-Style 3DS Headed to UK

A New Take on a Twisted Romance? Harley Quinn and The Joker Get Their Own Movie