This week, Tom Holland and Jon Bernthal traverse lavish Irish landscapes of the 13th century on a very important Pilgrimage.

You Are in Service of the Church, Are You Not?

Europe. 1209 A.D. As the holy crusades threaten to consume the whole of the continent, a high-ranking priest (Richard Armitage) is dispatched to the west coast of Ireland to retrieve a holy relic with political and religious importance that may turn the tides of conflict. Once the relic is retrieved, the priest’s arduous journey – with a devout young monk (Holland) and a mute field hand (Bernthal) in tow –  to Rome begins. But Ireland remains a land of wildling clans and ancient superstitions. With danger lingering beyond every bend in the road, the travelers soon find that this journey may well be their last. And that faith alone may not be enough to spare them. Welcome to the beautiful and baffling world of Brendan Muldowney’s Pilgrimage. 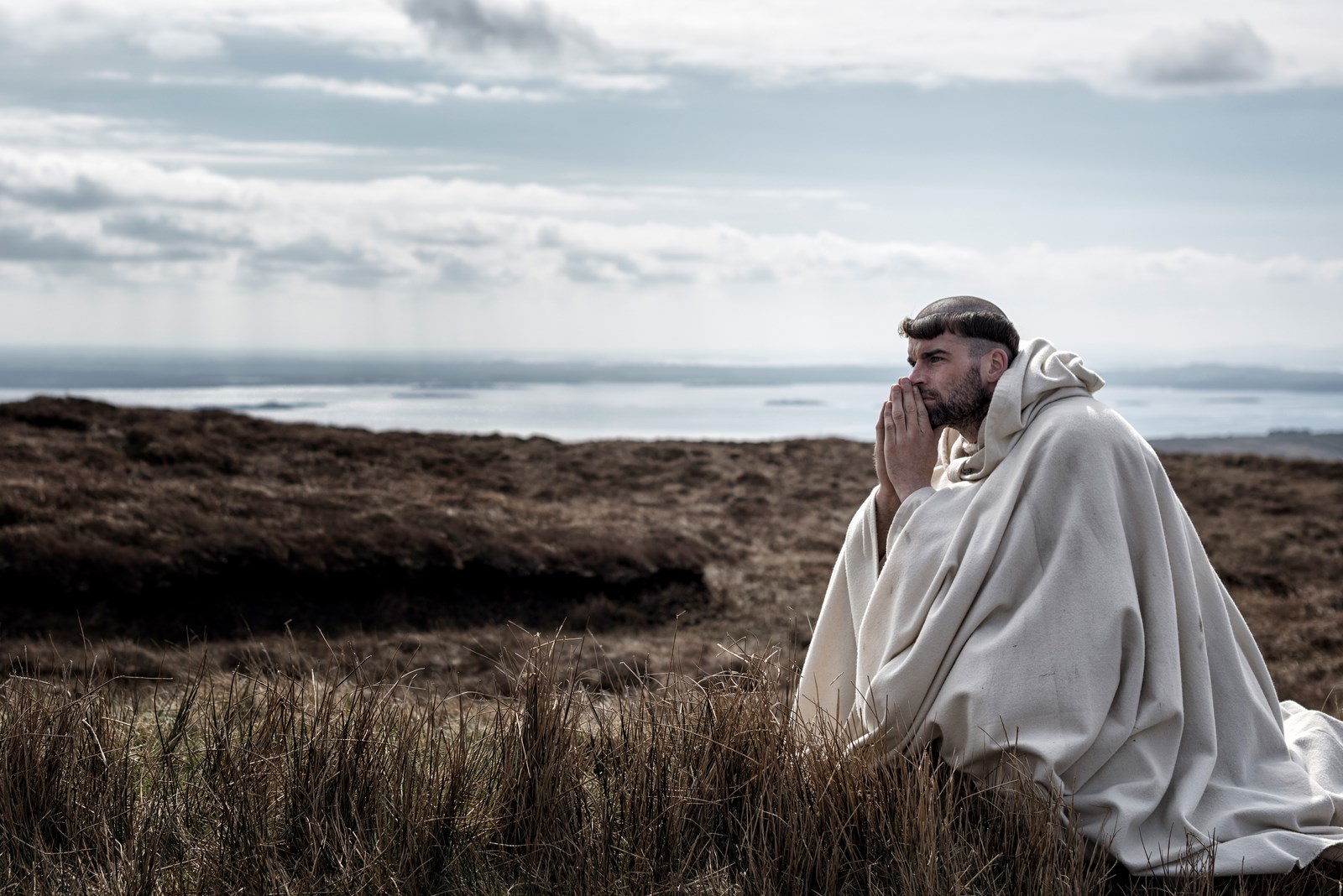 You Reek of Blood, Brother!

Don’t worry, we’d never heard of this film either … which is odd as it features two major players from the Marvel Cinematic Universe. With star power like that, the fact that Pilgrimage has flown almost completely under the radar might lead one to question the film’s quality. While Pilgrimage is unlikely to be a player in the coming awards season, it’s hardly the abomination its profile would indicate. And quite often it’s a captivating, cold-blooded look at faith and fellowship in 13th century Ireland. One that forges a stark, intimate adventure from its near-epic fires.

Please understand that the term “near-epic” is not meant in a disparaging way. It’s merely a reflection of the film’s scale. Pilgrimage is, at its core, a very intimate film. One that’s centered entirely around the travails of the rag-tag team of holy men who lead us on the journey. Much of the film concerns itself with the politics and piety forged within the group’s hierarchy. By that standard, Pilgrimage could easily be labeled a talkie little indie.

But then all that talking is also a source of conflict throughout. After all, the holy crusades were essentially the culture clash to end all culture clashes. Those clashes play within Pilgrimage‘s journeymen in the guise of language barriers. There are three separate languages – French, Gaelic and English – at play in the film. As the story unfolds, the matter of who knows what and when becomes vital to each individual’s outcome. That approach suffuses an unexpected level of drama into every spoken word or knowing glance throughout the film.

Muldowney uses the caustically quiet moments in between all the chatter to build those small-scale conflicts into one searing narrative. The sort that boils over in startling ways over the film’s final moments. That Muldowney makes the trip to those final moments feel so big is what makes Pilgrimage such a confounding little film. Yes, the story is small, but its potential effects on the world at large give it a welcome sense of grandeur. Ultimately, it’s Tom Comerford’s breathtaking, atmospheric cinematography that earns Pilgrimage its “near-epic” label. Of that cinematography, let’s just say that you have never seen the Irish coasts and countryside captured with such vivid, moody elegance. And if nothing else comes from this film, it should land Comerford firmly on the radar of filmmakers across the globe.

That’s why it’s such a shame that the writing throughout Pilgrimage fails to live up to the film’s technical bravura. While Pilgrimage gets so much right with its complex verbal sparring, the film’s overall plotting can only be described as lazy and uninspiring. Seems that in a world consumed by both moral grandstanding and moral indiscretion, Pilgrimage‘s writer couldn’t be bothered to bring any moral complexity into the film. Instead, Pilgrimage presents a black and white world where the good guys do good, the bad guys do bad, and you pretty much know how things are going to play out about 15 minutes into the action. That you still care how the story plays out is a testament to the film’s cast – who are across the board solid – and the vision of Brendan Muldowney. That Pilgrimage never quite lives up to their ambition is the only real knock against an otherwise fascinating little film. 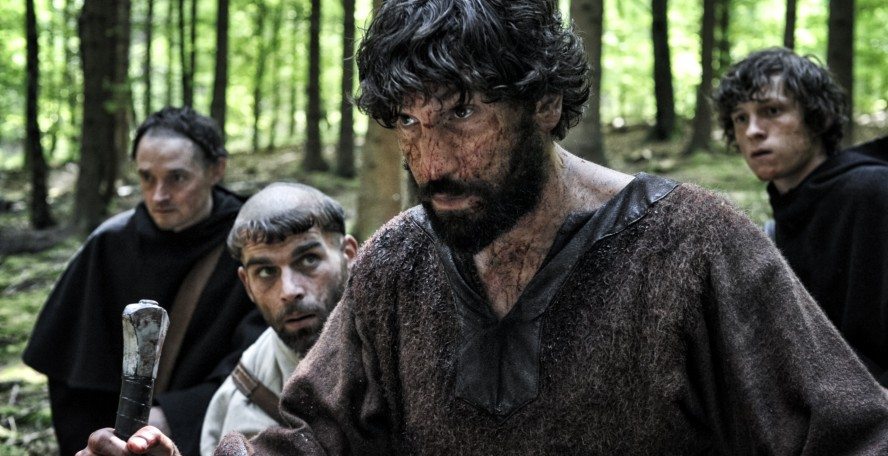 Look, I’m not going to sit here and tell you that Pilgrimage is a great film. It isn’t. But it is a consistently intriguing piece of work. If nothing else, it’s an absolutely gorgeous film to look at. Those of you brave enough to make the perilous journey are likely to find more beauty than bombast in Pilgrimage … even in its sillier moments. And if you’re down to make a wicked, crusade tinged double-feature, you should think about pairing this Pilgrimage with Nicolas Winding Refn’s similarly themed but infinitely more brutal epic Valhalla Rising. Which you can currently stream on Netflix.