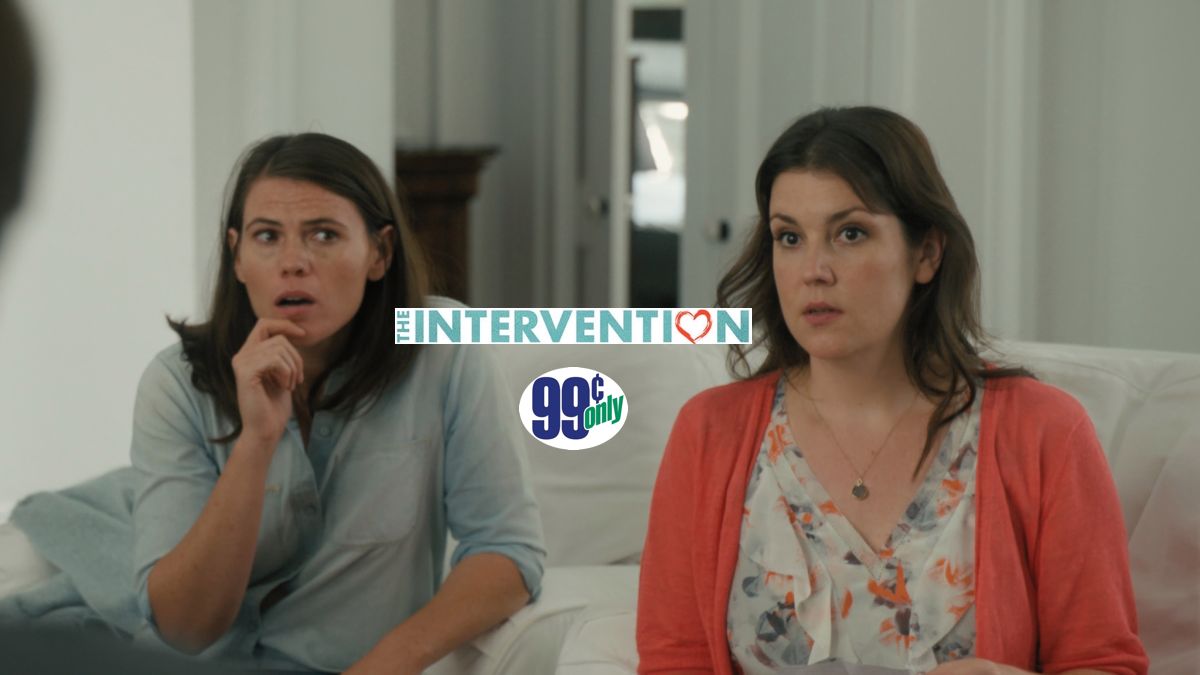 This week, Clea DuVall and Melanie Lynskey try to help their troubled friends by inviting them to The Intervention.

Why Don’t We Just Come Right out with It?

Take three seemingly happy couples with a very bad idea. Add one marriage on the rocks, a pinch of sexual antics and a dash of boozy hijinks. Stir in superfluous personal drama to taste. Let simmer over a weekend. That’s the recipe for the tepid dramedic misfire that is The Intervention.

This Is Kind of Worst Case Scenario, Isn’t It?

Just to be clear, it’s a recipe for disaster. ‘Cause much of The Intervention is an outright mess … a poorly scripted and sloppily executed stew that serves as little more than a modern take on ground well covered by the likes of The Big Chill (1983) and Peter’s Friends (1992).

Yes, The Intervention is one of those movies. You know, the sort where a group of lifelong friends get together for a fun weekend of drinking and reminiscing and … more drinking. The sort where everyone is battling inner demons and each of their demons must make an appearance. The sort where laughs abound, tears are shed, relationships are pushed to the brink and – no matter what else happens – some sort of couples game is played. Of course, deep hidden resentments and attractions are exposed along the way. And in the end everyone walks away from the drama a better person for it. Everyone except the viewer.

I admit it … I don’t really like these ‘friends get together for the weekend’ sorts of movies. Mostly because – as much as I’d like to – I don’t believe that these soap opera weekends ever happen in the real world. I might be wrong, of course. These traumatic get-togethers could be happening all over the world right now. And if you’re getting together with friends at their country home to play charades or maybe kickball this weekend then you should ignore me. Please stop reading if you’re going to make a last-ditch effort to save your relationship in front of a room full of people on Saturday night … or Sunday morning for that matter. And if your friends are the sorts to plan an intervention about ending that relationship, well, I can’t help you. ‘Cause I just don’t think any of that stuff happens. There’s not a single frame of The Intervention that makes me think so either.

That’s not for a lack of trying, though. The Intervention spends 90 agonizing minutes trying to make all of those ‘old friends weekend’ clichés feel fresh and clever. Of course, clichés aren’t exactly the key to authenticity. At best, they leave the drama feeling stale and senseless. At worst, trite and pandering … a shoddy mix of stilted laughs and half-earned emotion becoming the recurrent motif. Even the talents of Melanie Lynskey, Alia Shawkat, Natasha Lyonne, and Ben Schwartz can’t lift those feelings into the realm of believable. With a crew like that on board, The Intervention at least had a chance to claim the title of entertaining lark. But that sublime cast is hampered by a screenplay that barely scratches the surface of the characters that populate it. They talk. They drink. They fight. They look really good doing it. But they never feel anything more than one-dimensional.

Sadly, one-dimensional is the status quo for The Intervention … which is the exact opposite of what I was expecting from actor (and first-time Writer/Director) Clea DuVall. She’s spent the last 20 years building a reputation as one of the more intense and gracefully understated performers around. Bringing nuance and authenticity to even the smallest of roles is kind of her thing. The Intervention (which she also produced and co-stars in) is her passion project. It should be overflowing with all of the qualities that make DuVall who she is. But a couple of decades in front of the camera does not ensure success behind it. Hard as it is to believe, DuVall’s passion project is lacking in passion. It’s lacking in nuance too. And it’s utterly devoid of authenticity. Without those qualities, all that’s left is a shell of a film with pretty people whining about their petty issues. Sure, it’s a good-looking shell. But it’s a far cry from the tasty dish that cast, crew, and viewers deserved. 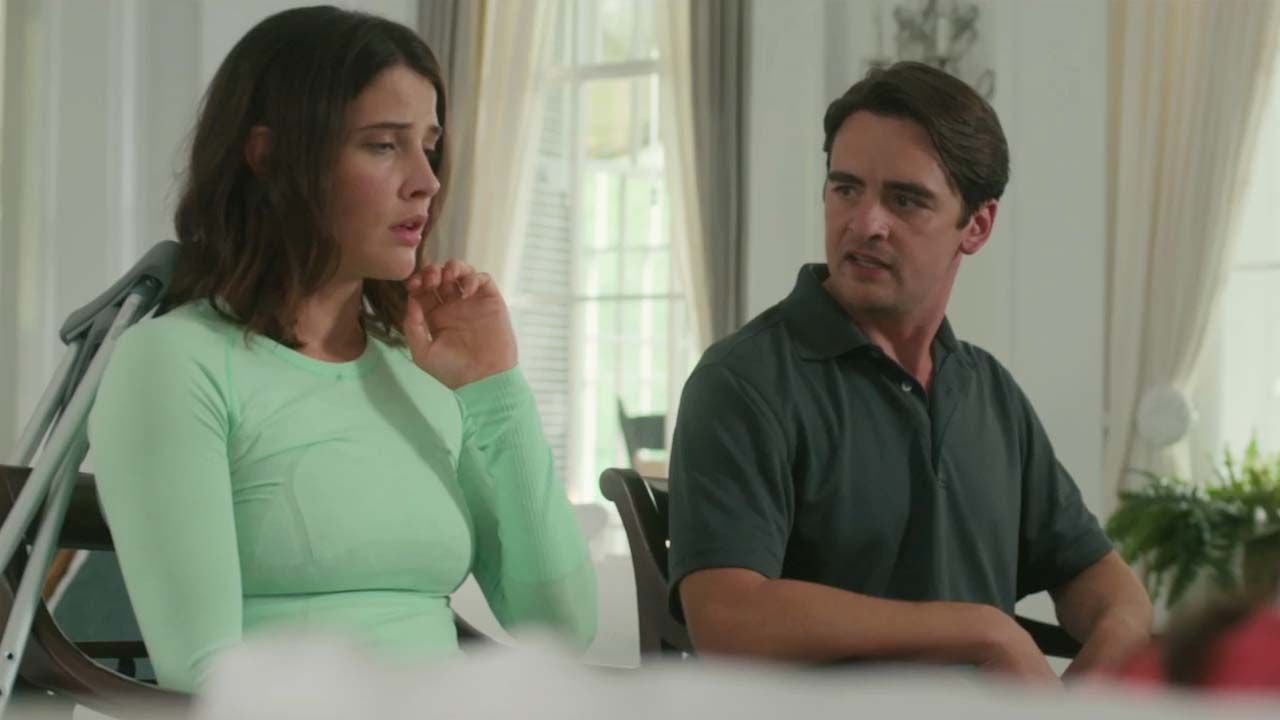 No. It isn’t. The Intervention is not funny. It’s not dramatic. It isn’t clever and it isn’t romantic. It’s stagey. It’s predictable. And it’s an utter waste of a talented group of actors. Do not squander your dollar or your time on this film. If you’re on the hunt for an ensemble dramedy in a similar vein, think about renting Joe Swanberg’s Digging For Fire (2015). That film delivers on the drama and the laughs. It features outstanding performances from Jake Johnson, Rosemarie DeWitt, Sam Rockwell, Brie Larson, and Mike Birbiglia. Hell, even Orlando Bloom is great in it. And it’ll only cost you $3.99. Oh, if you’re looking to make it a double feature sorta day and you want to see Clea DuVall at her best, take a look at her little-seen indie Thirteen Conversations About One Thing (2001). That one’ll cost you another $3.99, but it’s worth every cent. Trust me.