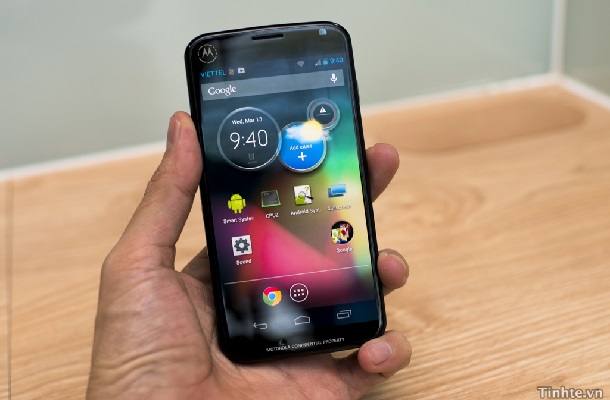 New pictures have emerged of a previously unseen (and rather good looking) Motorola phone that might be the much awaited Motorola X. The leak includes a set of pictures and a video too. Tinh tế has uploaded a set of images as well as hardware information it has on this unknown device, which bears an uncanny resemblance to previous Nexus phones – the Galaxy and Nexus 4.

Very different in design from the rest of the Motorola’s handsets so far, there is no confirmation on the phone’s expected release date as of yet. The device could hit stores anytime in 2013.

The phone has a non-removable back, and therefore a non-removal battery, with the back cover encasing the speaker output with holes. The camera, along with the flash, and a small “M” Motorola logo are all encased in the back-cover linearly from top to bottom, one after the other. The handset seems to be on the thinner side, incredibly sleek and close to the HTC One S in terms of design. The build quality, so far, is impressive.

According to the details in the leak, the device has 2GB of RAM, with a VGA Adreno 320 chipset powering the 4.65 inches screen. The screen size is ideal – not too big like the Samsung Galaxy S4, where pocketability becomes an issue, while it won’t disappoint big-screen enthusiasts well. The processor happens to be Qualcomm Snapdragon S4 Pro or higher, and will be powered by a 2200 mAh battery. So far so good, but in terms of the display, the phone disappoints. It has a 720p AMOLED screen having a density of 320 ppi – not ideal specifications if it is indeed the flagship phone rumors are making it out to be.

All of this makes for a strong configuration – except for the display – which would be expected at 1080p full HD for a phone such as this. So is this or is this not the Motorola X ? 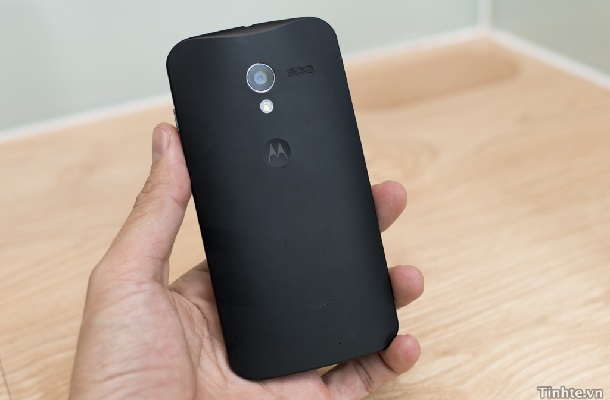 Rumors of Motorola’s X phone have been doing the rounds for long. Google had smartly been putting off any collaboration with Motorola for some time now. Having purchased Motorola for $12.5 billion in a deal last year, Google has avoided taking any chances with the handset manufacturer, lest it be accused of favoring its own subsidiary over other companies. The scenario, however, changed after the launch of LG’s Nexus 4, and it has seemed like Google is confident of pulling off a new handset launch with Motorola Mobility after all. It has been said the ‘X’ Phone would be manufactured in collaboration with Google, and might even be the successor to the Nexus 4. With the similarity in design and looks, it does seem to be the case. These specs however (the display, particularly), do not seem to be top-notch enough for a Nexus candidate.

Any Nexus device is usually a benchmark in terms of specifications that are to be expected from other flagships from manufacturers in the times to come. This Motorola device does not seem to be breaking any records in that department as of now, and is not the game-changer we’d want it to be. The handset may just end up being placed somewhere in the middle of the mid-range and high-end category. There is no information on the pricing as of yet.

So while this may or may not be the Motorola X, it definitely is a sign of change in design strategy from the company. The phone could lead the mid-range category for Motorola in 2013, and looks well set to do that with its solid specifications. As for the Motorla X/Nexus 5, rumors continue to flow in, and for now, all we know is that it can be expected at Google’s I/O in May this year. Google’s I/O is where the latest version of its Android platform – version 5.0, dubbed the Key Lime Pie will be officially released.

Here’s a video of the device: