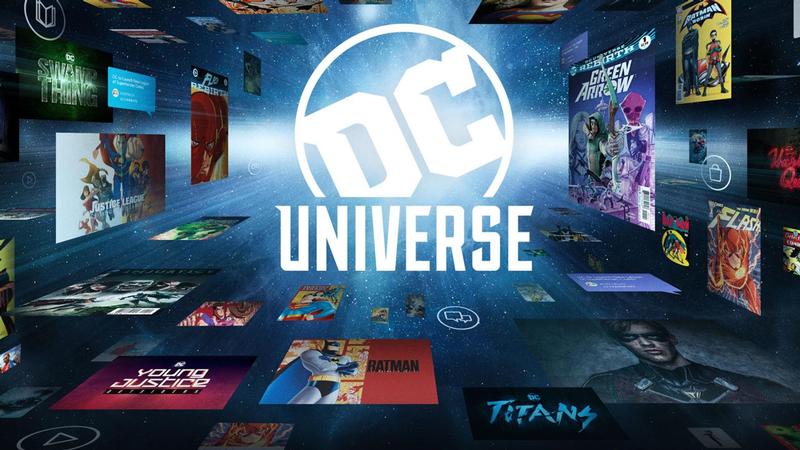 With so many craptastic movies over the past few years and a grand total of one undisputed “keeper” with Wonder Woman, many of you may have completely ignored the DC Universe App. Heck, I’m a DC fan from way, way back and even I waited a good while before giving it a shot (admittedly they sucked me in with a special price for Batman’s anniversary) but after a few months of membership I can say, you may want to consider jumping on board.

Now, it didn’t help my argument that the much-hyped live action Swamp Thing series was canceled the moment it premiered, but if there are more series in the pipeline like Titans and Doom Patrol, we could see some great things down the road.

A New Take on Some Old Friends

I have to admit, the first 10 minutes or so of Titans had me slack-jawed and staring unbelievably at my television. “How could they do this to Dick?” I yelled. But, as I’ve done on oh-so-many DC movies, I said to myself, “give it a chance” and boy was I glad I did.

Our favorite Wayne sidekick is pissed and off on his own in Detroit, doling out a brand of justice unlike any we’re used to from the Boy Wonder. He’s dark, fuming from some perceived slight from Bruce, and appears to be taking it out on every criminal he can.

And Master Grayson isn’t the only character undergoing a transformation or origin revamp. Raven, Starfire, and Beast Boy are all slightly different than expected and you won’t find Cyborg around at all, he is over at the app other flagship series, Doom Patrol.

I won’t go into plot lines or reveal any secrets other than to say that if this series was on a production schedule like a traditional television show, it alone would make the app worth the price. I haven’t had a chance to explore Doom Patrol beyond the premiere episode and while I know nothing of the original comic and bulk of characters, I’ve definitely enjoyed what I’ve seen so far and will be binging it all soon.

One area where DC has done considerably well of late is their animated movies. Bringing to life many of our favorite storylines like Gotham by Gaslight and The Dark Knight Returns, the only thing that has stood in the way of adding them all to my home library is the sheer amount and the cost.

The DC Universe app is a virtual gold mine of admitted DC movies. Batman, Superman, Justice League, Wonder Woman, and Aquaman all have multiple entries available and you’ll even find some of the newer movies being dropped in as well.

Batman the Animated Series, Batman Beyond, and The Super Friends are just a few of the old animated series available either in full or at least a couple of seasons. You can even find the short-lived live action Cathy Lee Crosby Wonder Woman as well as the Lynda Carter version or check out the old Shazam! that had him running around in a Winnebago.

Catch Jack in his iconic role as the Joker or dive back in time and enjoy the original Superman movies, the app has them all right now. Just doing a search for Batman brings up 42 different selections for animated movies and television and there are many more to choose from.

With DC Universe being added to the Xbox One, comic books have taken on a whole new life. There are thousands upon thousands of comics that have been converted to digital format and you get access to them all with your subscription.

And they recently announced that new comics will be added exactly one year from their publication dates. If you read 10 Batman comics a day for the next year you could possibly go through them all, and once again this feature alone makes the price a great deal.

Even my wife is enjoying the comics… of course I took over the big TV in the living room so it was kind of forced upon her, but she is enjoying reading the comics along with me and agrees that them being available in this format is absolutely incredible. You’d likely spend tens of thousands of dollars attempting to procure even a small amount of these comics and now you can have them in your pocket for just a few bucks a month.

No this isn’t a paid ad and I do not receive any sort of promotional items or compensation for this article. Although if someone over at DC sees this and wants to hook a brutha up, I’m definitely not opposed to the idea.

Yes, the DC Universe app is worth the $8-ish a month if you’re a DC fan by any stretch of the imagination. The comics and classic movies and TV shows are well worth the price of admission and the exclusive series they are putting out appears to hold a lot of promise.

If nothing else, give them a shot for a month and check out Titans and a few of the other offerings and see what you think. There might just be some hope for DC after all.