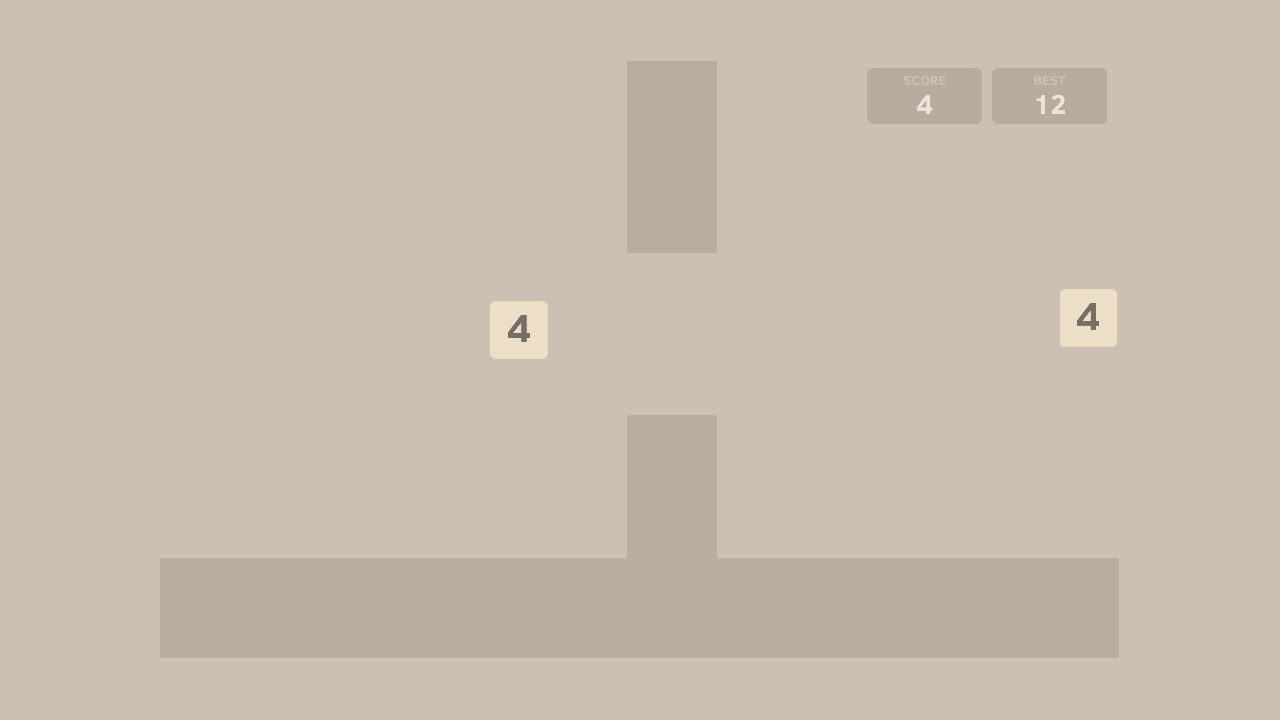 At first it seems like the main attraction is a distraction. Play the game when you are in transit. Play it while you’re on break. Play it while you’re waiting in line at the grocery store. Play it when you don’t want to think. But that’s not what gets us to download the full .99 cent version, is it? The draw of tiny phone games is satisfaction. The overall satisfaction of winning the game is suspended, and hyped up by the amount of times you try. But the small rewards of pushing the 256 block into the other 256 and seeing the colors darken feels like such an accomplishment. And so the iPhone gaming industry continues to expand and morph.

So what’s all this now about Flappy48?

It’s exactly what it sounds like. Our little phone games are mutating. A Canadian computer science student Dan Moran, screen name Broxxar, has cross-bred our two most popular flash games to create a version that’s just as frustrating and addicting as its parents.The game play involves controlling the tiles between the obstacles while collecting other tiles to build up to the number 48. Broxxar apparently has also introduced a Candy Crush/Angry Birds Combination called Candy Crusher. What’s next, Plants vs. Sims Zombies?

You can try Flappy48 for free. If you support it then perhaps we will see it in its iPhone version soon. Be warned, it’s extremely frustrating. But apparently that also means it can be extremely rewarding. So play at the risk of your own productivity. But remember, finals are coming.

Portal and Wormholes: The Cake is a Lie!