Home News Portal and Wormholes: The Cake is a Lie!
News

Portal and Wormholes: The Cake is a Lie! 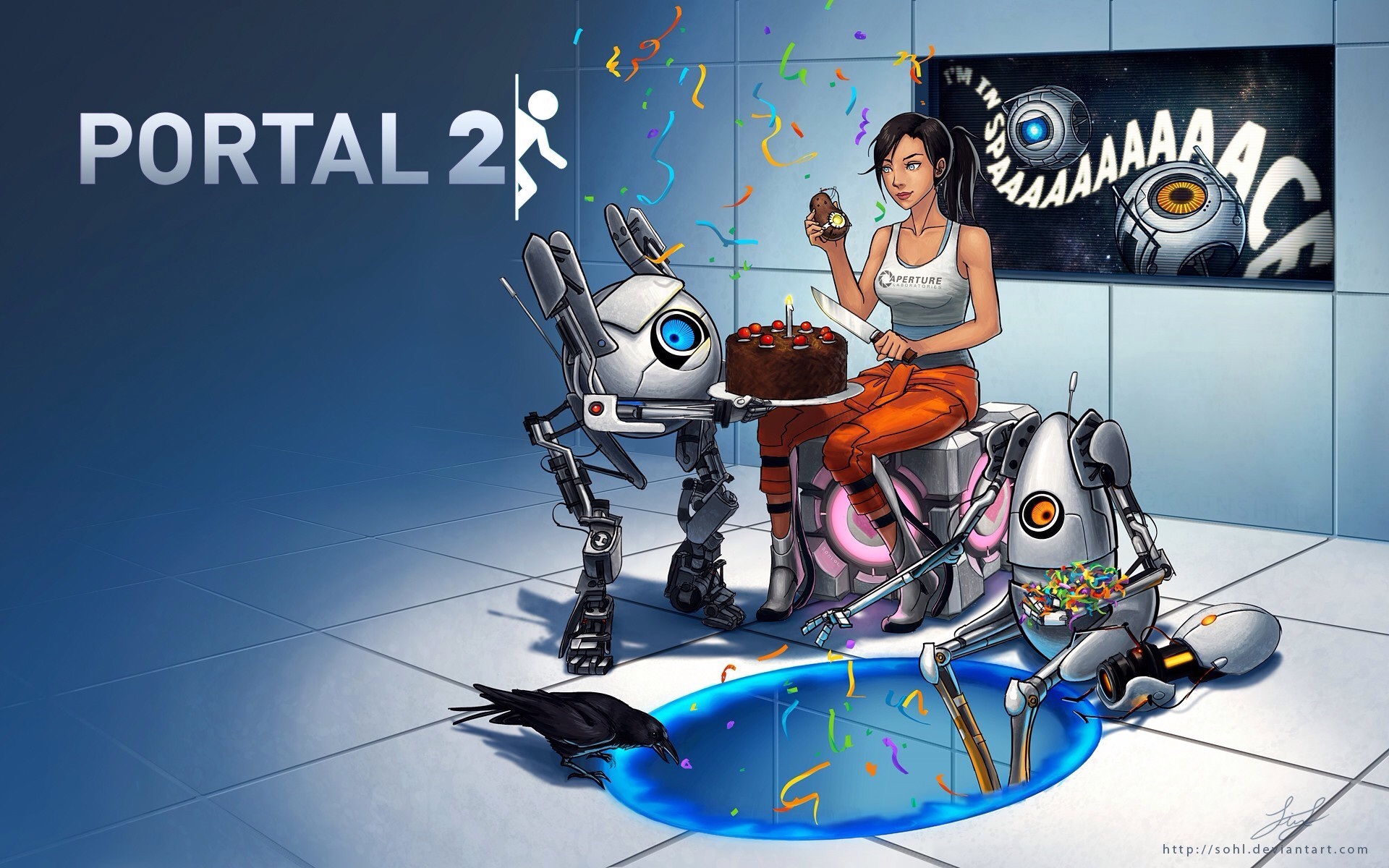 Portal, recipient of several awards, such as Best Game Design, Innovative Award, and Game of the Year at the 2008 Game Developer’s Choice Awards, is the first first-person puzzle action adventure video game in which a test subject, our protagonist, Chell, awakens to instructions and warnings from GLaDOS, an artificially intelligent research assistant and disk-operating system, in order to enhance her progress throughout the game; in the end, Chell is supposed to receive, as promised, Black Forest Cake. After all, a lot of people do like cake. Although, throughout the game, it is a battle between yourself and your subconscious as opposed to you and GLaDOS, who, in actuality, wants you dead; this is continuously why your friends will keep warning you, “the cake is a lie”. Though, do you know what isn’t a lie? The physics. Further research is being conducted to this very day about the concept of wormholes and their existence.

Simply put, a wormhole is a solution or topographical feature which allows you to connect one part of space time with another through the curvature of space, connecting two locales in the universe together. The Einstein-Rosen Bridge (1935) is the first wormhole solution, appearing for an instant in Schwardschild spacetime, which emphasizes ephemeral time and proper time correlation through the study of relativity and astrophysics. In 1960, American theoretical physicist John Wheeler (1911-2008), proved wormholes to be unstable and will only appear for an instance before collapsing; to create a stable wormhole would require particles with a negative energy or a negative mass. All in all, a negative energy density is a necessity.

Gunther Uhlmann, professor at University of Washington, part of that original research with the discovery of an invisible lining by mathematicians from the United States and United Kingdom, has discovered an electromagnetic “wormhole,” a tunnel that would make light waves seem to disappear in one place and reappear somewhere else:

The “electromagnetic wormhole” is a design for an extreme kind of optical device, which tricks the light waves into behaving as though they are moving through a space which has a different shape from the one we actually live in. To get an idea of what this means, think of ants marching across a flat surface, such as a wall. Now compare that with ants walking on the front of a dresser with pull-out handles. When an ant comes to a handle, it can either stay on the flat part of the dresser front, or it can travel along the curved handle, which is like a bridge or tunnel, and eventually walk out back onto the flat surface. Another ant can at the same time walk between the handle and the flat surface, and neither ant will know that the other one is there. The electromagnetic wormhole does essentially the same thing for light or radio waves. – Gunther Uhlmann’s “Electromagnetic Wormholes Explained”

Portal, which has been deemed as one of the most innovative video games of the decade, ironically terms these wormholes in space in time as “portals”; the game is based on the idea of wormholes because of the portal guns, which allows you to travel through time and space  to maneuver through the test chambers.