If you are still reeling from the drama that is Narcos, Netflix has your next replacement.

Ingobernable (ungovernable for those non fluent) starts off with a bang. The President and First Lady of Mexico are in an all out hand to hand combat match, that has a deadly ending. And that is just in the first ten or so minutes. The show stars Kate del Castillo (Emilia Urquiza) and Erik Hayser (Diego Nava). You may have heard del Castillo’s name in the news before if you don’t already know her as an actress. She and Sean Penn have both met with famous criminal, El Chapo. But let’s get back to the whirl wind drama that is Ingobernable.

Patience is Virtue for Viewers 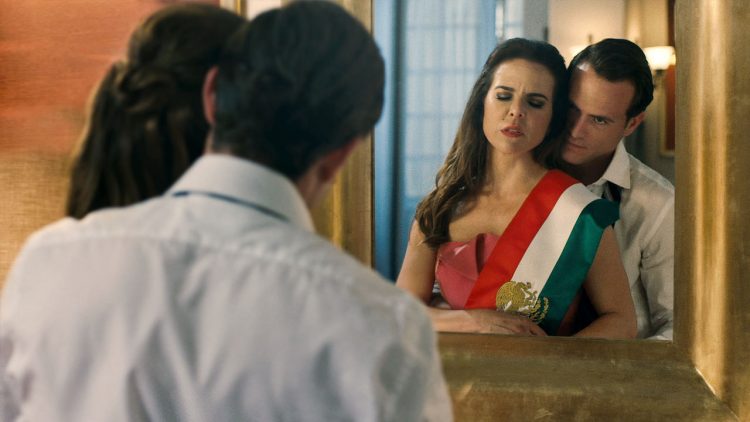 The first episode does deserve some patience. Most of the first episode is spent following Emilia through Mexico as she tries to outrun the law, because she may have murdered her husband. In fact it is not really until episode three or so where the drama and action comes back. So is it your replacement for Narcos.

If you can get past a little reading, it definitely is. And Netflix is no newbie when it comes to supporting shows that aren’t for English only speakers.

Besides Narcos and Ingobernable being the only shows not set in America, Netflix has picked up its first Korean drama. Love Alarm is adapted from a comic strip by Kyle Young Chon and “…revolves around an unknown developer releasing an app that will tell the user if someone within 10 meters has romantic feelings for them, which greatly disrupts society.” The webtoon is already popular in Korea.

‘Narcos’ Set the Bar, Can ‘Ingobernable’ Keep Up?

The reviews seem mostly positive and the show sits at 7.5 out of 10 on IMDb. The Economist reviewed it stating “English-speaking audiences may find it a touch melodramatic, at least to begin with… But the plot races along and by the third episode this reviewer was rather enjoying it.” While some reviews wonder if it is worth it to follow Emilia.

But if you don’t follow Emilia, how will you know if she killed her husband, or if it is all one giant conspiracy theory come true? Make sure to add Ingobernable to your Netflix queue to find out.