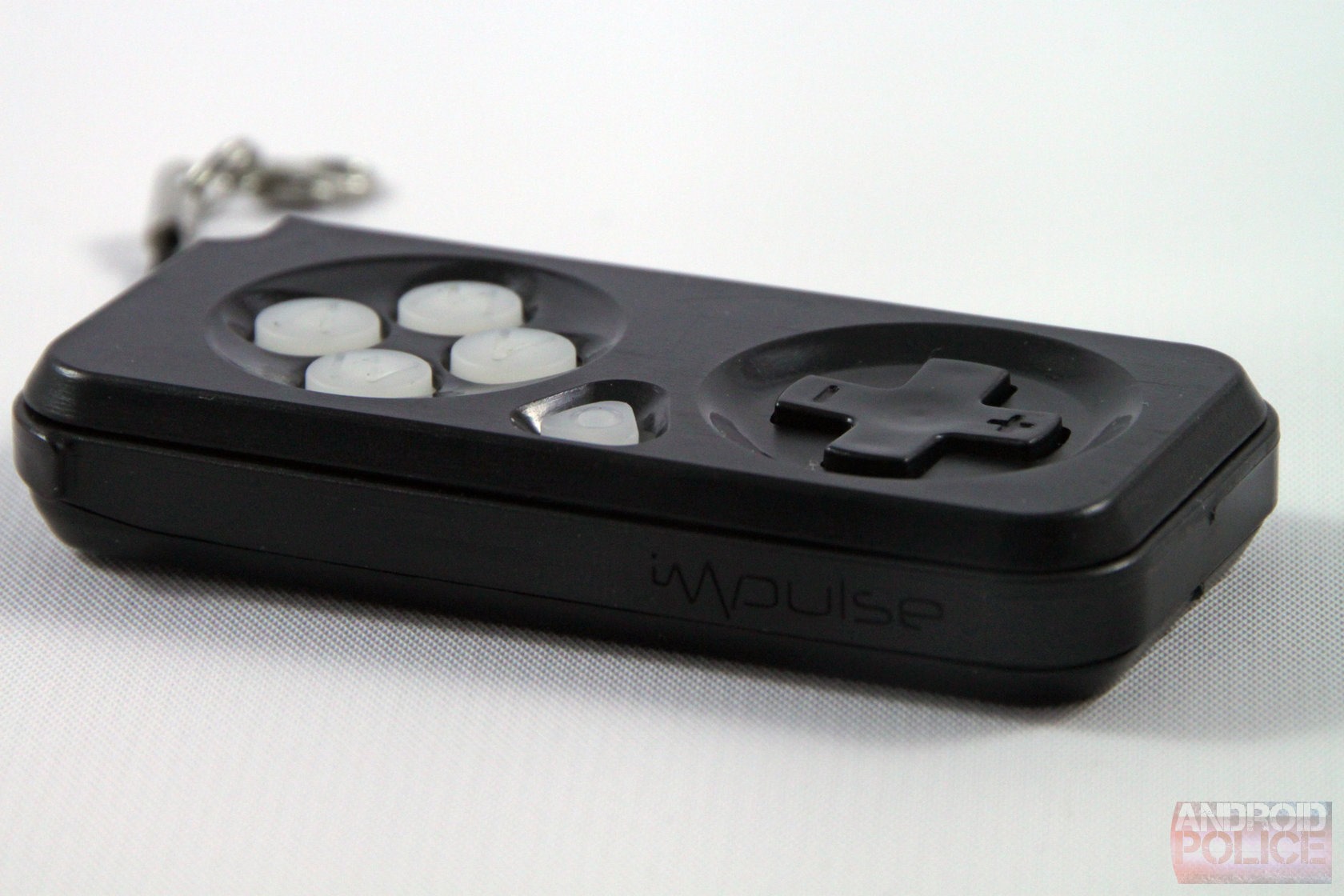 Think about these three great things in life: gaming, key chains and miniatures. Now, think of these things combined. That’s right, a tiny gaming controller that you can carry around in your pocket on a keychain. Once you’re done dreaming, check this out and try not to drool:

The iMpulse claims the title of the world’s smallest gaming and media controller. With dimensions of just 2.7 x 1.3 inches, that’s not hard to believe. Despite its tiny frame, the controller has a directional pad, four buttons in the front and two in the back, all of which are large enough for precise action. It will work with both iOS and Android devices through Bluetooth. While it is great for many App Store and Google Play games, it also supports emulators. You can also use it for your Mac or PC.

However, the iMpulse does not stop at being just a gaming controller. Activate media mode and rotate it so the directional pad is facing up and you’ve got a great remote for movies and music. The left and right buttons scroll through songs or videos. The up/down or back buttons function as volume controls. The front buttons allow you to pause/play, fast forward and rewind. Finally, the bottom button, from this position, can activate Siri, for iPhone users.

The iMpulse can also function as a shutter controller for your Smartphone camera. Just press the up button on the directional pad and it will take a photo. The controller will work with almost any iOS camera app, but Android users should find an app that uses the volume “+” as a shutter button.

As tiny as the iMpulse is, there is a chance that you may lose it. No problem. The iMpulse app also comes with a tracking function, which will activate an alarm from a distance of up to 100 feet away. This will be especially handy if you have secured the controller to your car and/or house keys.

After a three-hour charge, the iMpulse is good for 9 hours of continuous playing time and up to 30 days on standby.

Freak Out!: A New Zombie Game is Coming To Town