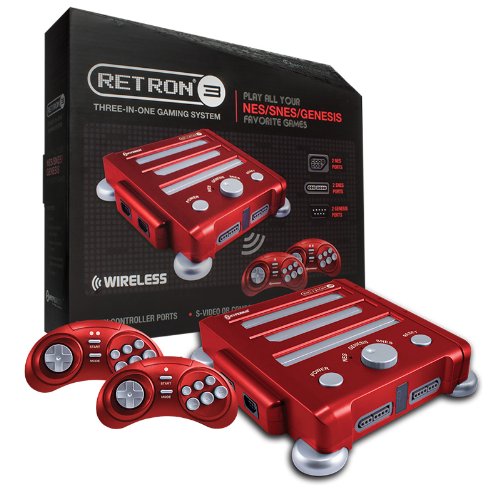 Remember the good ole’ days of gaming? It was a time when every game that came out exceeded your expectations; a time when there were only three controls: movement, action and jump. It was the beauty of simplicity. The games came in bulky cartridges that you were sure could survive a nuclear attack. When these monsters of hardware wouldn’t work, all you had to do was pretend they were harmonicas and blow the specs of dust away. The gameplay was straight to the point as well, no gimmicks to butter up the experience.

I’m sure if you are remembering these great times, you are also thinking about the cardboard box full of cartridges in your garage and a defective console that has since been recycled; all those beautiful classics, collecting dust and feeling lonely. It’s okay. Turn that frown upside down and get ready for a blast to the past. Your days of Sonic the Hedgehog, Super Mario and Metroid are finally back to stay.

The Retron 3 by Hyperkin is the ultimate emulator for classic games of the late 80’s and early 90’s. It re-opens the doors to thousands of your beloved games, as it is compatible with Nintendo, Super Nintendo and Sega Genesis games. Switching between consoles is as easy as turning a switch.

The Retron 3 uses the same concept as the three consoles it emulates, with a modern touch. Each of the three consoles has their own slot attached. Once again, you will get to hear that beautiful clicking sound that you thought was just a piece of history, as you insert the cartridge. You will have the choice to use the provided wireless universal controllers or go old school. The console includes two ports for each of the three controller types, which is crucial for those of you who still have your light guns. The output has been upgraded as well, with the option of S-video or composite AV cables.