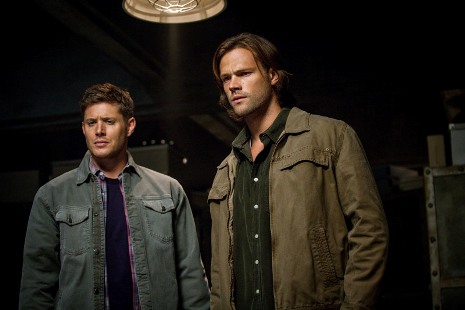 It seems like every other show is getting a spinoff nowadays, and Supernatural is the latest to become a parent. The CW has announced that they ordered the pilot for a spinoff entitled Supernatural: Tribes. The new show will be set in Chicago and center around a war between a vengeful hunter and five monster families who secretly rule the city. TVLine recently published descriptions of the main characters, who have yet to be cast. They will first appear in episode 20 of Supernatural’s ninth season, which will serve as a backdoor pilot.

Ennis Roth, a cop’s son in his early twenties, is the star of the new series. After a loved one is murdered (my money’s on his father), Sam and Dean let him in on the secret that Chicago is ruled by families of monsters, which really explains a lot about that place. As is always the case, his personal tragedy pushes him into hunting, the other profession that runs on daddy issues.

David Hayden is a shape-shifter in his early twenties that left behind his monster family to live a human life. Unfortunately he is dragged back into the mix by (you guessed it!) a tragedy.

Margo Hayden, David’s sister, is an “ex-punk rocker gone corporate” in her early twenties. Also a shape-shifter, she has her mind set on becoming the new family leader after a joyful event. Just kidding, it’s after a tragedy. Apparently, in CW-land, people in their early twenties are ruling major cities instead of finishing up college while trying to ignore their student loans as long as possible (looking at you, Gossip Girl).

Violet Durant, an early-twenty-something from the rich and powerful Durant family, is the werewolf version of Juliet Capulet you never knew you wanted and probably still don’t want. The Durants and the Haydens are rivals, but she and David Hayden have a forbidden attraction that hopefully won’t end as badly as Romeo and Juliet.

Julian Durant seems to be the villain of the story. Described as a “savagely handsome, strong, arrogant,” fellow in his (not early) twenties, he is Violet’s brother and Ennis’s enemy number one. I like him already.

Freddie Costa is a cop who knew Ennis’s father in ye olde times, and will probably fill the role of the wise, experienced mentor. This wizened, “world-weary” old man with a secret is in his thirties.

From these early descriptions, it appears Tribes will be a chip off the old block. The pilot has yet to be filmed and already there are complicated sibling relationships, three mentions of tragedy, and a secret. It seems the spinoff will basically be Supernatural  without the traveling and with a greater helping of soapy drama and romance (please, please don’t overdo it). The parent show is very much alive and kicking and will be for the foreseeable future, but having two doses of Supernatural per week doesn’t sound half bad. I’m just thankful the spinoff isn’t about the Ghostfacers.