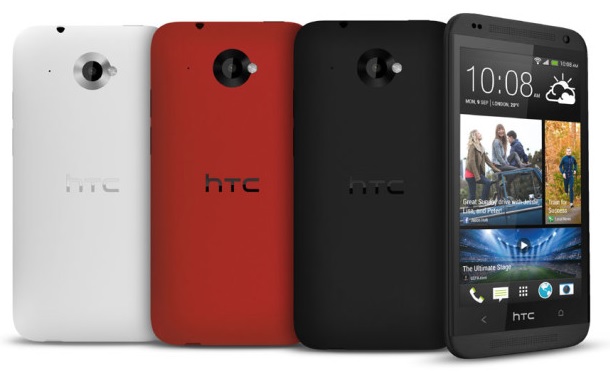 HTC has announced 2 new Android devices under its Desire lineup – a mid-range Desire 600 – also known as the ‘Zara’, and an entry-level Desire 300.

The 4.5 inch Zara is a mid-range smartphone which borrows some features from its higher-end big brothers. It is powered by a 1.4 Ghz dual-core Snapdragon 200 processor, complemented with 1 GB of RAM. Underneath the 4.5 inch display is a 540×960 qHD display – equalling to a pixel density of 245.

The phone will offer 8 GB of storage, with a microSD card slot, expandable up to 64 GB. With its dual front speakers, it bears a strong resemblance to the company’s flagship phone, the HTC One.

The 5 megapixel rear camera (f2.0 aperture) will have 28mm lens BSI Sensor and the HTC Image Chip. It’ll get all the HTC-exclusive goodies – Zoe (which records 3 second video clips for each image) and Video Highlights. It will however, not be an Ultrapixel camera, like the one on the HTC One. It will however be capable of shooting full HD 1080p video. The front camera will be a poor VGA shooter.

The device will ship with Android 4.2.2, along with HTC’s Sense 5 interface on top.

The Desire 600 is a bulky device (which is made of plastic, by the way). It is 9.88mm thick, and will weigh 130 grams. HTC will launch the device in October this year in select markets across Europe, Asia and Middle East. There is no word on the pricing yet. 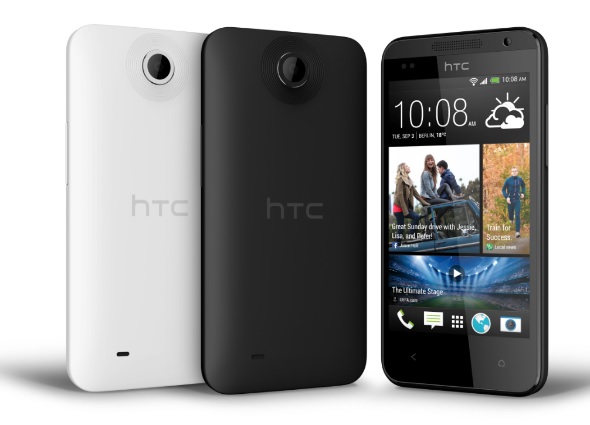 The other device HTC announced is the Desire 300. An entry level device, the Desire 300 will have a 4.3 inch lower resolution WVGA screen.

It will run on a dual-core Snapdragon S4 chipset clocked at 1 Ghz. The RAM on this device is a mere 512 MB. It will offer just 4 GB of internal storage, which can be expanded up to 64 GB with a MicroSD card.

Like the Desire 600, this phone too will have a non-Ultrapixel 5 megapixels camera. However, this one will have a f2.8 aperture, and a 34mm lens. Video recording will be VGA quality at 30fps. The front camera remains VGA.

The Desire 300 launches in October too. Again, there’s no word on the pricing.

Are you impressed by the Desire 600 or Desire 300? Is any of these two going to be your next phone?