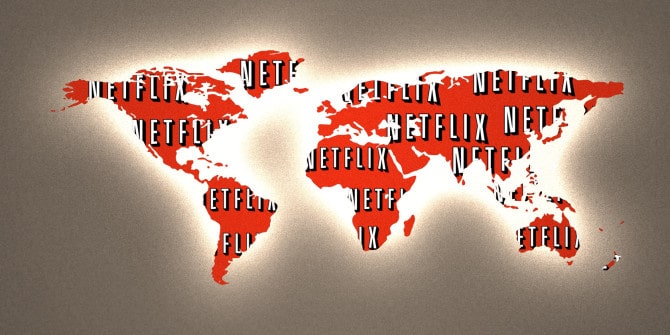 You’ve moved from the United States to Paris, France. You want to immerse yourself in the language and the culture of this beautiful country. You start with a croissant at a local café (far superior to the ones Dunkin’ Donuts sell).

After a week of visiting the Paris hotspots – the Eiffel tower, the Louvre, and a stroll down the Champs-Élysées, you’re ready to go back to your apartment and binge on your favorite show. You’re relieved to learn that you’ll have access to Netflix.

Unfortunately, the Netflix shows you know and love are not available in France. Turns out, each country Netflix serves has vastly different content. No worries; a Virtual Private Network (VPN) is your entrée to the world.

Tunnel Your Way Through

With a Virtual Private Network (VPN), you can access your U.S. Netflix account and much more. A VPN gives you a secure “tunnel” to anonymously access Netflix content in nearly any country in the world. A VPN is available for many devices. You can watch your shows with your smartphone, tablet, or laptop. When you login to a VPN, you are using a server on a network in the country you choose. You can even select a specific server. (The main reason for doing this is to find one with less traffic. Less traffic means faster download speeds.)

Not Any VPN Will Do

Only some VPNs can access Netflix. It’s important to select a VPN that specifically states that it can. A VPN vendor also has to keep up with Netflix, since the company is not a fan of customers accessing content in other countries. (Why they care as long as you are paying for the service is a fair question.)

You don’t want to announce to Netflix that you are using a VPN. You also want to use a paid service. Free VPNs are available and tempting, but a paid VPN is more robust and secure.

There are many features to consider when selecting a VPN vendor, especially when you’re looking for a great VPN for Netflix, such as Torguard. If you are new to VPN, customer support is key. Look for 24/7 availability. Personally, I prefer chat and email. You may want to be able to pick up the phone and talk to a live person. A VPN vendor who offers a solid website with help articles and videos is nice to have as well.

Another website, UnoGs, allows you to search by Internet Movie Database (IMDb) rating, film year, and available language for audio and/or subtitles. If you’re trying to learn a new language, you can find out which movies in your target language have subtitles in your native language. It’s like traveling the world from your couch.

Netflix offerings by country vary considerably. The U.S. has the most content, but other countries are catching up. The next three countries with the most movies and television shows are Martinique, Guadeloupe, and French Guiana. Not what I expected. France is #72 on the list of 244 Netflix markets and wouldn’t mind dropping down to the bottom of the list. They have launched a likely futile fight to keep Netflix from destroying their culture. In attempt to protect French film, music, and television, France is launching a subscription service that offers French-only content. An uphill battle given that 3.5 million residents have already signed up for Netflix.

Netflix attempts to ban VPN. They apparently allow “good” VPNs. You want to use a high-quality, trustworthy VPN anyway, so this shouldn’t be a problem. Netflix is concerned with security, but the ban is related to licensing issues from country to country.

It is highly unlikely that they are going to ban you from using the service if they find out. The whole point of using VPN (besides content access) is anonymity. Yes, there is some risk to using a VPN to access Netflix content in other countries, but it appears to be a very small risk.

The Comfort of Home

It’s exciting to visit new places. To have the good fortune to experience other cultures and meet new people. Yet most of us need to have some of the comforts of our home country now and again. Whether that’s finding people to talk to in our native language, food that’s familiar to us, or our favorite Netflix show. With a good internet connection and a solid VPN, we can take a virtual trip back home.