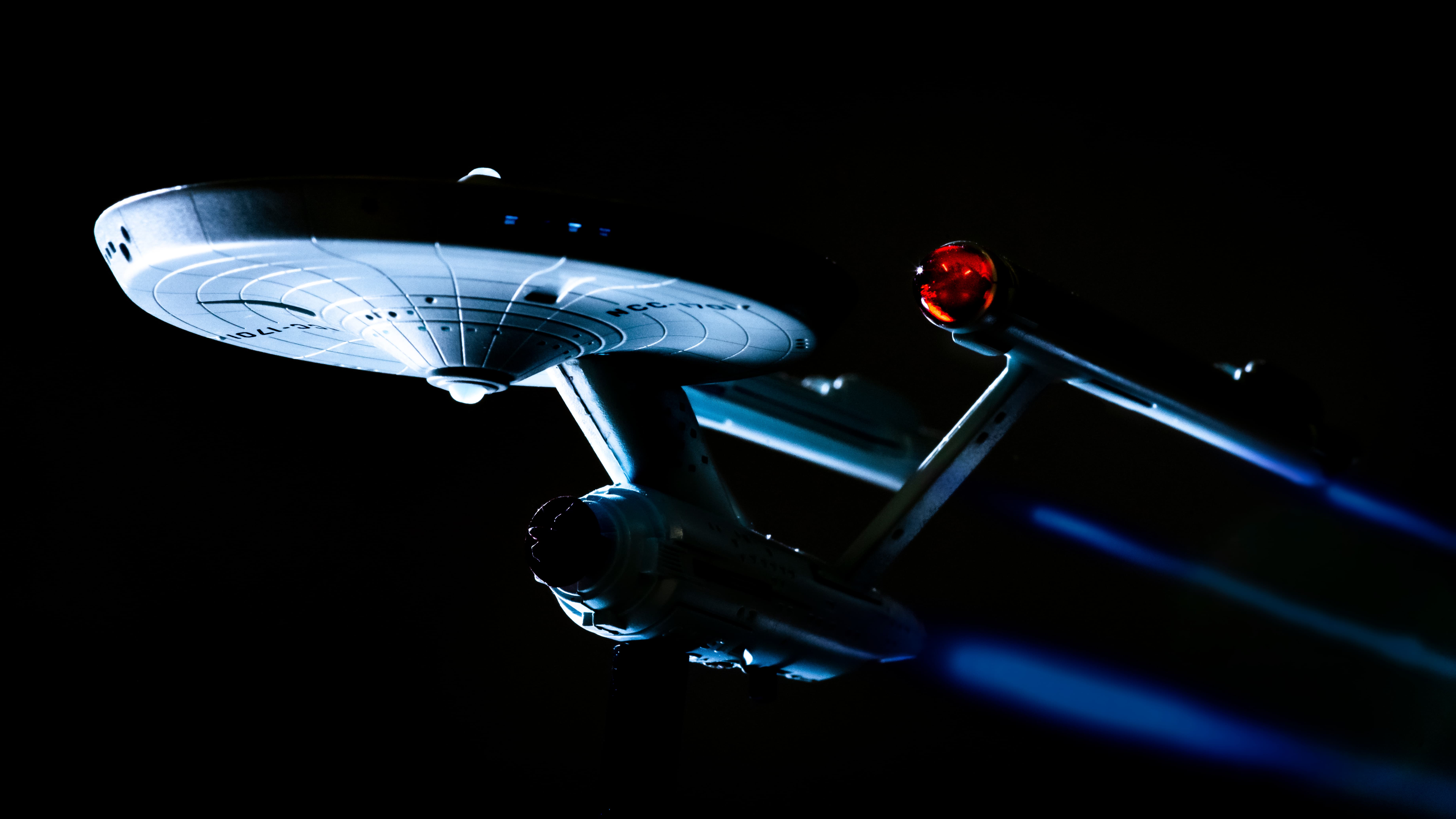 Star Trek started as a three-season TV series and grew into a multimedia sci-fi franchise. The film encompasses characters from different Trek iterations.

Below is a detailed synopsis of each Star Trek film and how to stream them.

Ten years after Star Trek TV’s cancellation, a planned TV revival emanated from the popularity of reruns. The plan for a TV show changed to a movie, reuniting cast on the original series such as DeForest Kelley (Dr. McCoy), Leonard Nimoy (Spock), and William Shatner (Admiral James T. Kirk). The “Star Trek: The Motion Picture” crew plan to confront an alien intelligence featuring scenes that bring enduring popularity on big screens. The film is streaming on Paramount+ starting with a week of free trial and then a $5 monthly fee.

“The Wrath of Khan” is still seen as the greatest of Start Trek movies as it reprises Khan Noonien Singh’s (Ricardo Montalban), a genetically engineered megalomaniac villain. Khan proves challenging for the Enterprise crew as he returns from exile and seeks revenge, creating an intense rivalry. The film features Trek’s most iconic moments and lines, placing it as a template for other Trek Movies. You can stream “Star Trek II: The Wrath of Khan” on Paramount+ starting with a week of free trial and a $5 monthly fee after that.

This film follows Spock’s tragic death at the end of “The Wrath of Khan.” “Star Trek III: The Search for Spock” is about bringing Spock back to life with Admiral Kirk and the Enterprise crew joining efforts to reunite Spock’s soul (Katra) with the body. The Katra is in Dr. McCoy’s mind while Spock’s body is on another planet formed by Khan in “The Wrath of Khan” film. The crewmates race to bring Spock back to life while facing off with a group of hostile villains. The movie is streaming on Paramount+ starting with a week of free trial and a $5 monthly fee after that.

“The Voyage Home” is probably the most lighthearted Trek movie as it combines the 1980s trend of fish-out-of-water comedy with the sci-fi grandeur. The story features the Enterprise crew returning to San Francisco in 1986 to retrieve a whale. The Enterprise needs the whale to address a dangerous alien probe. Mainly the film focuses on the crew’s confusion while trying to merge past customs with technology. You can stream “Star Trek IV: The Voyage Home” on Paramount+ starting with a week of free trial and a $5 monthly fee after that.

This ambitious film is often seen as the low point of all Star Trek films as the Enterprise crew chase, Sybok, a never-mentioned unhinged Vulcan who also happens to be Spock’s half-brother. Sybok seeks to reach a mythical planet that he believes is God’s kingdom. On the other hand, the Enterprise crew is pursued and hijacked by a Klingon warship. To stream “Star Trek V: The Final Frontier,” head to Paramount+ and start with a seven-day free trial, after which you pay $5 monthly.

After “The Final Frontier” faced criticism over its confused showdown, The Wrath of Khan director Nicholas Meyer came up with “The Undiscovered Country” featuring the whole cast of the original TV series. In the film, the Enterprise crew is caught in the middle of derailed peace talks between the United Federation of Planets and the Klingon Empire. The Undiscovered Country is a wistful send-off for the cast, referencing “Star Trek: The Next Generation” TV series with an elegiac tone. The film is streaming on Paramount+ starting with a week of free trial and a $5 monthly fee thereafter.

After “Star Trek: The Next Generation” TV series finale, the Generations featured a transition story with casts led by Patrick Stewart as Capt. Generations also showed original cast members, James Doohan, Walter Koenig, William Shatner, passing the mantle. The film centerpiece also features a time-displaced encounter between Kirk and Patrick, trapped by Malcolm Soran. Generally, Generations cements the franchise’s legacy from one generation to another, eventually launching a new series. To stream “Star Trek: Generations,” head to Paramount+ and start with a seven-day free trial, after which you pay $5 monthly.

First Contact is the second movie after “The Next Generation” and the one that gives the new cast the sole spotlight. Fans regard this film as the best “Nest Generation” movie mainly due to the return of popular “Borg” and the Enterprise crew’s time travel. Besides, it features a commanding performance from Patrick Stewart (Capt. Picard), James Cromwell, and Alfre Woodard. Stream “Star Trek: First Contact” on Paramount+ and enjoy a 7-day free trial and a $5/month subscription.

In this film, we find the Enterprise crew in a conflict between alien factions, Ba’ku and Son’a. Insurrection also features F. Murray Abraham as the manipulative villain. The film departs from its predecessor’s action orientation and focuses on Capt. Picard’s romantic subplot and emotional arcs of other characters. Insurrection not only delivers a significant plot twist but also emphasizes Trek’s philosophical side. To stream “Star Trek : Insurrection,” head to Paramount+ and start with a seven-day free trial, after which you pay $5 monthly.

Nemesis is the final movie starring “Next Generation” cast, providing closure for characters like Capt. Picard. Picard discovers his clone named Shinzon, who heads a strong rebellion against the Empire and the Federation in the film. Nemesis follows First Contact’s steps providing action between Brent Spiner, the android Lt. Commander Data, and Picard. The film’s box-office failure brought closure to the Next Generation movie series, but the TV series later picked up some of its elements. You can stream “Star Trek: Nemesis” on Paramount+ starting with a week of free trial and a $5 monthly fee thereafter.

This action-heavy blockbuster film was a director’s J.J. Abrahams trial to reboot the Star Trek movie franchise. However, the film sets a different timeline featuring Karl Urban as Dr. McCoy, Zachary Quinto as Spock, and Chris Spine as Capt. Kirk. These and other characters combine efforts to become the Enterprise crew in the wake of planetary destruction caused by the original Spock. Acquire “Star Trek” digital purchases for $10 and rentals for $3 from Vudu, Google Play, iTunes, Amazon, and other digital outlets.

“Star Trek into Darkness” is the second reboot in the new timeline bringing Benedict Cumberbatch as the new Khan Noonien Singh. In the film, Khan features as a terrorist mastermind seeking to topple the Enterprise crew and bring down the Starfleet. Stream “Star Trek into Darkness” on Hulu at $7/month, Epix at $6/month, and Paramount at $5/month after a seven-day free trial.

Famous for his role in “Fast & Furious” movies, Justin Lin directs the third movie in the reboot series. “Star Trek Beyond” is a standalone adventure following the Enterprise’s struggles after crash-landing in a hostile universe. The fast-paced story features plenty of action, including aliens’ plans to unleash a biological weapon on the federation and character development for new Enterprise members. Stream “Star Trek Beyond” on Hulu at $7/month, Epix at $6/month, or Paramount+ at $5/month after a seven-day free trial.