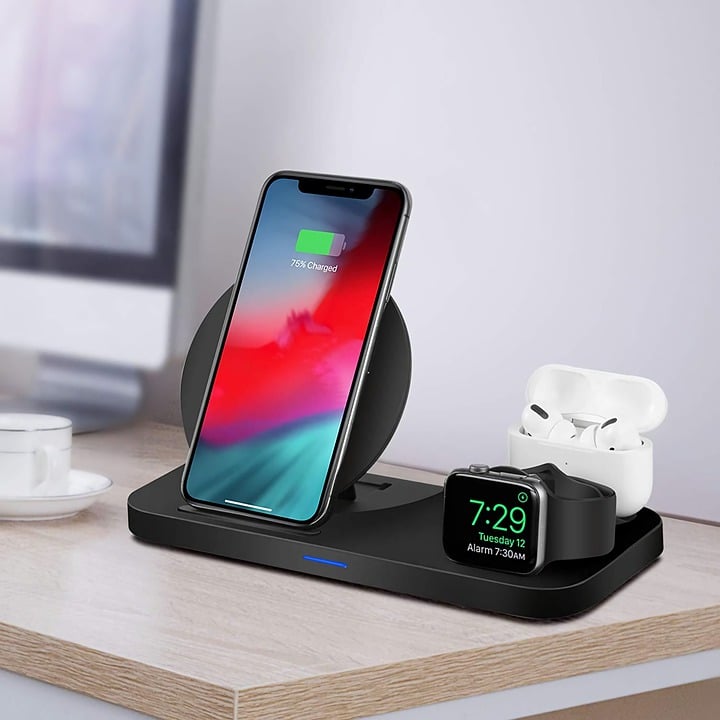 If your phone doesn’t support wireless charging, you can still add the feature. There are numerous third-party companies selling converters in the form of full phone cases that connect the charging coil behind the case to your phone’s plug port. However, not all phones have this option. Besides, incorporating the third-party option means that you’ll be committing only to wireless charging as the new plug adapter will cover the standard charging port.

During the early days of wireless charging, competing wireless data transmission standards emerged. Each company had its own model of data transmission systems suitable to specific devices only. Everyone’s phone seemed not to fit in one charger and there needed to be a different charger for each phone.

The flexibility in wireless charging goes beyond the wireless plates and standard plugs. We now have everything to facilitate smooth wireless charging, from battery packs that no longer require a wall connection to luxury vehicles so you can charge on the go.

If you want your device to charge pretty fast, the wire option remains the best option. The wireless option’s charging speed is standard, although there are differing power charge rates. For instance, earlier iPhone versions were limited to 7.5W wireless charging, but the latest models handle about 15W chargers. That does mean that wireless is the better option as the same 15W-capable device can handle up to 30W on a wired charger.

You may realize that some phones juice up power faster on specific wireless chargers than others. Technically, the slower charging systems are budget-friendly ones supplied with the phone. Nonetheless, no wireless-capable smartphone will charge more quickly than it can through a wired connection.

Covering your phone with a protective case is a good idea because phones aren’t that cheap to leave exposed to falls and elements. However, if wireless charging is your thing, you should know that some cases make it harder or impossible to charge efficiently.

The commonly used Qi-standard wireless charger allows up to 4 cm distance. But realistically speaking, no one transmits power at such a distance in the current consumer gear. It would help if you had close contact, and cases can be obstacles, especially depending on the material from which they are made. In this case, thinner cases will function better, and it’s advisable to look for a MagSafe compatible case if you own a “MagSafe” compatible iPhone. The main issue here should not be the magnetic aspect, but the ability to work without issues on wireless chargers.

Note that wireless chargers work through the induction coil found in the charger and the device. Therefore, the coils have to be reasonably close to each other for the power connection to work. It does not necessarily mean being millimeter-level, but being pushed off-base could cause problems. In the same way, some orientation challenges on the wireless charger may arise from the size of the charging plate in relation to the phone.

One smart solution to this is the iPhone’s “MagSafe” magnet that attaches the wireless charging, so the phone clicks into place. Another solution is Google’s smart Pixel Stand, which uses vertical and angled plates to help your phone rest on the spot and line up nicely with the charging coils.

The easiest way to tell if the wireless charger is working is to check for a notification once you connect. Simply look at the battery icon on your phone’s screen and check whether a lightning bolt appears.