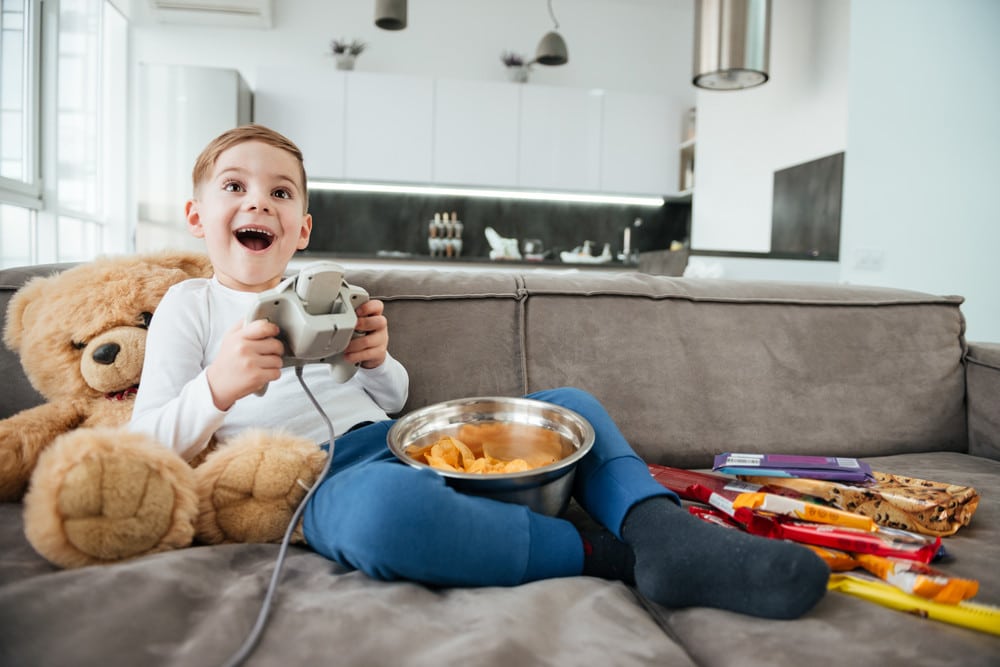 Once upon a time playing video games would have made you a geek. It would also have been frowned upon by many parents. However, today there is surprising evidence that video games can actually help kids learn, and seeing as the average four-year-old asks around 437 questions every day, it’s sometimes nice to have something to help occupy them! Here’s what you need to know about how video games can benefit kids of any age.

Studies have shown that kids that engage with video games may benefit from a small boost to reading skills when compared to peers who didn’t play games. This can be attributed mainly to the need to read game instructions or text dialogue that characters may provide. It can be a clever way to introduce more reading into your child’s day, and some games are even designed specifically to teach reading skills for young children.

Games like Minecraft — which is set in a 3D space — force kids to learn navigation without maps or other guidance systems. This means that they will gradually build greater awareness of space and distance while having fun learning to build and craft items which can also introduce them to problem-solving.

Many video games are built to be challenges, even if those challenges are minor. This can include puzzle-solving and the management of time, money, and resources. When kids play a game where they need to complete tasks revolving around these issues, they gradually build problem-solving skills that can be translated into the real world. For instance, if your child is playing a game where they can earn in-game money and buy things, they will learn the importance of saving up for items they really want. Similarly, if their games involve timed tasks, they can learn time management that can be beneficial in school. Some games may also lead kids to research topics pertaining to them. Almost 48% of people begin the research process with a search engine, which can lead to kids finding great resources to help them learn both about the game and other important topics.

Many video games offer multiplayer options which can be a great way for school-aged kids to interact with friends when they can’t be together in person. Additionally, since many kids play video games today, it can give children something to talk about at school and bond over. Older teens may also enjoy playing online games with people from all over the world, opening them up to making friends with people they may not have met otherwise. Multiplayer online games have grown in popularity with titles like The Elder Scrolls Online and World of Warcraft being two of the largest and most well-known. Games like this can also emphasize skills like sharing, communication, and the importance of teamwork.

Many successful game developers started off by playing games as young children and becoming fascinated with the process that goes into creating them. Similarly, some kids may find the acting side of video games fascinating, leading to them becoming interested in voice work. The voice-over industry is currently valued at over $4.4 billion making it a booming career choice for creative individuals. Even if kids don’t want to be a part of the game creation process, there are other careers in gaming. A 16-year-old recently won $3 million in the Fortnite world cup and other finalists won equally astonishing amounts of money. As the industry continues to grow, professional gaming is becoming just as respected as professional sports.

What Games Are Best?

The types of video games your kids should play will depend on their age and what you’re comfortable with them playing. If you’re ever unsure, don’t hesitate to ask a game store employee or look up parent reviews online.