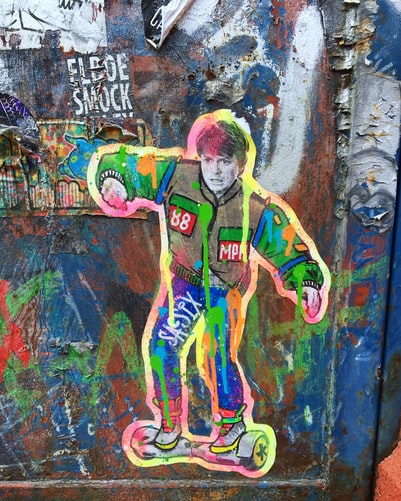 Since Marty McFly showed us the potential of a real hoverboard in Back To The Future II, around 2.5 million hoverboards have been sold so far in the U.S. But, today’s hoverboards are different from the one Marty had in the movie. A real hoverboard is a board without wheels that floats above the ground. Most hoverboards on the market today are called self-balancing two-wheeled boards, glide boards, or hands-free Segways. Several companies have been actively developing hoverboards, such as the Hendo hoverboard designed with Tony Hawk, Omni hoverboard, and Lexus hoverboard. But while they may not be the same as Marty’s, they are packed with cutting edge technology that lets you feel like you are standing on air.

What Is A Hoverboard?

While it may look like a skateboard, a hoverboard is essentially a self-balancing scooter that is similar to how a Segway works. It relies on a gyroscope and body movements to move the board. Unlike Segways, however, hoverboards use independent motors and gyroscopes on opposite ends to each other. While it can levitate you, you won’t be able to travel anywhere unless the hoverboard follows a magnetic track. These devices are called hoverboards because of the sensors that enable the hoverboard to stay balanced. These sensors can determine which way you are leaning and instruct the board’s motor how fast and in what direction to spin, enabling it to stay balanced. This enables you to perform different hoverboard tricks like 180 or 360 degree turns, just like when you are on a skateboard.

The hoverboard frame holds together all of the hoverboard components, such as the power button, battery, battery cage, charging point, motherboard, LED lights, gyroscopes, gyroscope mounts, plastic shell, motors, and footpads. A hoverboard’s body comprises of durable plastic, which protects the hoverboard if it should bump into something. It incorporates cut-outs for the built-in LED light and rubber bumpers to prevent damage and scratches to the hoverboard. Each hoverboard has a battery which powers the device. As there have been cases of hoverboard batteries catching fire, you must use UL-certified batteries to avoid this happening.

If you are holding on for something that resembles The Back To The Future hoverboard, you may not have to wait too long. Hoverboard technology is continually evolving, and the day that you will be able to McFly through the air is getting closer.