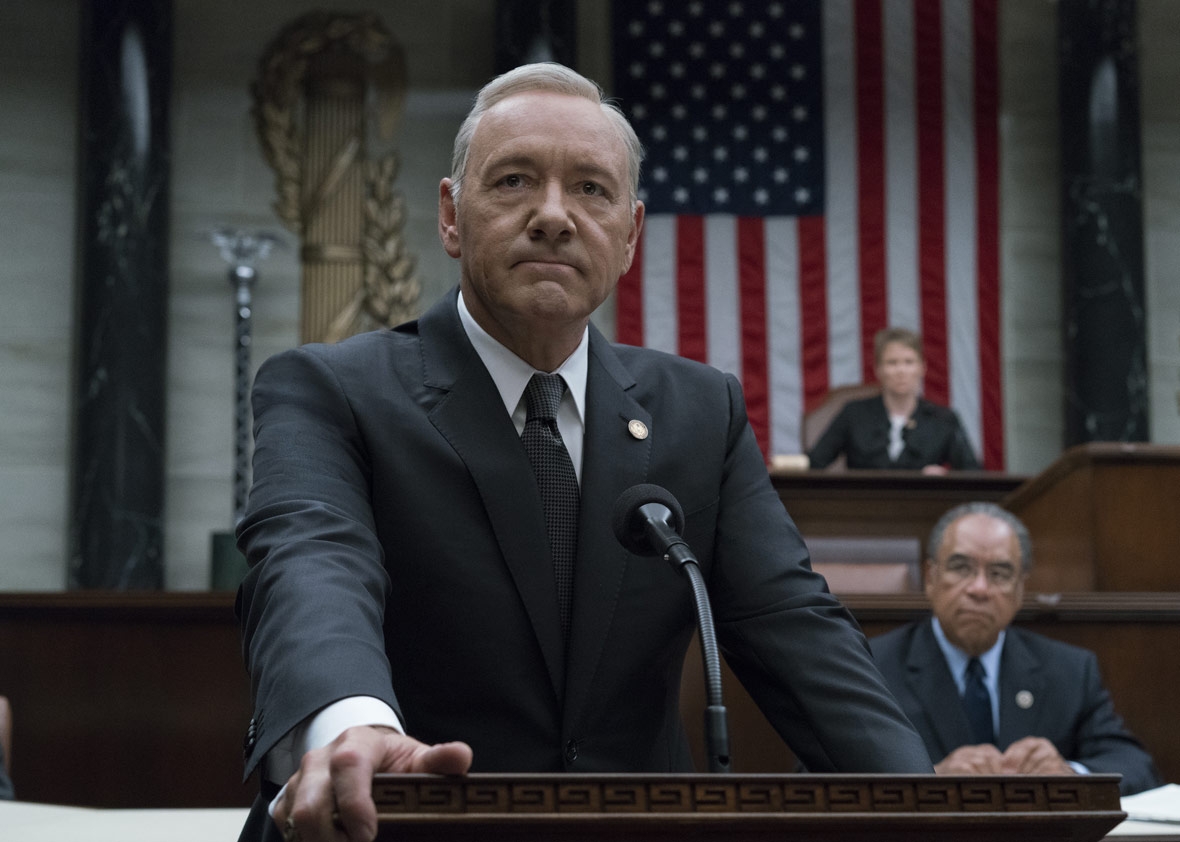 Beloved Netflix favorite House of Cards premiered its fifth season on May 30th, and finished off Netflix’s jam packed month with just the right amount of energy.

House of Cards has always kept viewers on the edge of their seat. Frank Underwood (Kevin Spacey) and his wife Claire (Robin Wright) are constantly fighting their way up the political ranks by backstabbing and wheeling deals. They’re always using others, both figuratively and literally. Even the idea of being captured for murder never stopped them. Since season one, Frank has moved from House Majority Whip all the way up to President of the United States, changing his life and others.

Characters Doug Stamper (Michael Kelly), Seth Grayson (Derek Cecil), Tom Yates (Paul Sparks), and Leann Harvey (Neve Campbell) are all wrapped in the Underwood’s web. But we also get an inside look at Frank’s rival, Will Conway (Joel Kinnaman), who is the exact opposite of Frank Underwood. All of these characters will have their lives changed by the end of season five.

I won’t go into too much detail and reveal the plot of the season, but some characters will take the fall for others. Some will cease to exist. One lead character who has always been loyal will take a turn, while the other finally falls. There have been many players in and out of House of Cards, but it seems the house now belongs to someone else.

There have been so many twists and turns throughout the series, but the biggest twist is seeing Frank Underwood and his web being washed away.

The new season comes at a perfect time to mirror real life politics in America: Protestors outside the White House chant “Not my president,” Underwood enacts a travel ban, and ICO (similar to ISIS) terrorizes the world. But the show stays interesting by not being exactly like the daily news and providing just enough crazy drama to keep viewers tuned in.