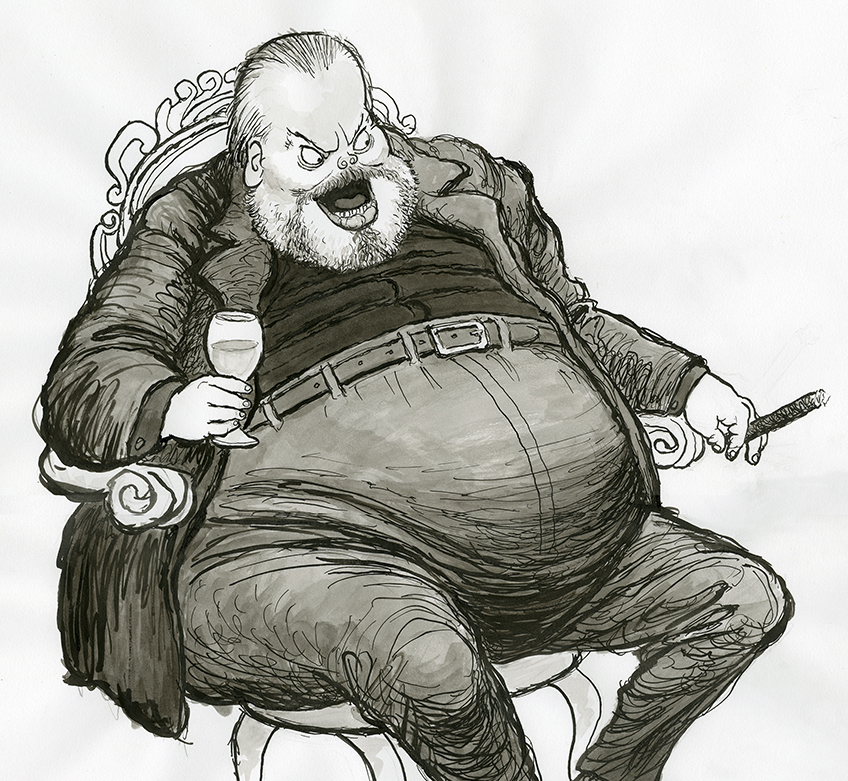 May 6th marked the 100th birthday of legendary filmmaker Orson Welles (or Uncle Orson, as I like to call him). If you are still scuttling about and trying to figure out what to get him don’t bother, the man has been dead for 30 years. You can, however, honor his memory and his talents by contributing to a new campaign at Indiegogo dedicated to raising funds for his final, unfinished film: The Other Side of the Wind. 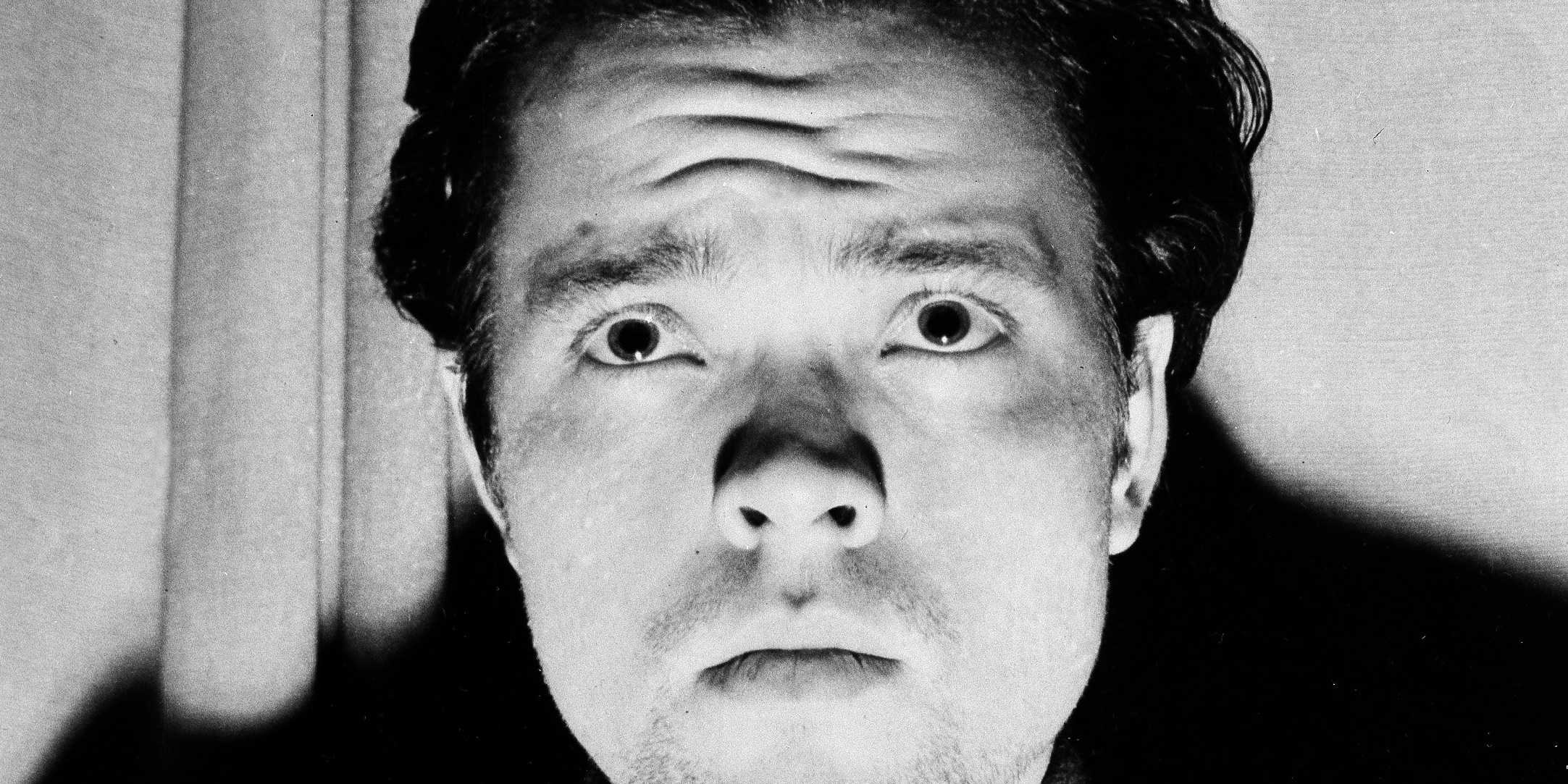 The Once and Future King

For those in need of a history lesson (I cringe to think of just how many there are), Orson Welles was one of the most important and controversial figures in the history of cinema.

In 1938, Welles took his Mercury Theater crew to the radio with The Mercury Theater on The Air. The starkly realistic Halloween broadcast of The War of The Worlds that same year almost set the world on fire. It also drove Orson Welles right into the national spotlight.

A true wunderkind, Welles almost immediately set his sights on cinema and in 1941 he wrote/produced/directed/starred in his first film, Citizen Kane. With groundbreaking visuals and wildly nonlinear storytelling techniques, Citizen Kane was unlike anything the world had seen. Well received by critics and the public alike, the film won Welles an Oscar for Best Original Screenplay. Even today (74 years later), Citizen Kane is widely regarded as the greatest film ever made.

At 25 years old, Orson Welles was on top of the world, though he would not stay there long.

Contentious and monomaniacal in nature, Welles had trouble working within the Hollywood system. Though still regarded as a classic, The Magnificent Ambersons  (Welles’ followup to Kane) saw the director butting heads with RKO Pictures. After the difficult production wrapped, Welles took a vacation, and the studio took his film. Ignoring his extensive notes for how the film should be edited, RKO put together their own cut of the film and then spitefully destroyed the remaining footage.

Though he went on to write/direct/act in some of the greatest films ever made, including  The Third Man, Touch of Evil, Othello, The Lady From Shanghai and The Trial, Orson Welles was constantly at odds with the industry that employed him. Too often he found himself on the outside of that industry looking in. On the outside is exactly where Welles was in August of 1970 when he used $750,000 of his own money to begin production on The Other Side of the Wind.

Portrait of an Artist as a Crazy Old Man

The Other Side of the Wind tells the story of a legendary director returning to Hollywood after years of exile with the hopes of making his great comeback movie. Clearly Welles was mining deeply personal territory when he wrote the script and kept things personal by casting close friends John Huston, Peter Bogdonavich, Susan Strasburg, Dennis Hopper, Robert Random and Claude Chabrol in key roles.

Orson Welles shot his comeback film in a unique, documentary style using a blend of color and black & white footage (over several different film stocks) and uses a film-within-a-film structure to keep things interesting and irreverent. Though famously/morbidly obese throughout the shoot, Welles was apparently in top shape as Director. By all accounts, the style of the film is both jarring and engrossing, standing up to the director’s best work.

Though initially funded independently, The Other Side of the Wind hit financial troubles as the production stretched over the course of a few years. Even after completing principal photography, Welles needed money to finish his film the way he wanted. Never one to give up, Orson Welles turned to a series of financiers in attempts to finish his film. Embezzled funds and Persian revolution (bankrupting an Iranian investor) finally left Welles at an impasse.

High and dry, the once and future king found himself taking mediocre television and commercial work in the hopes that he could raise the money himself. In 1985, with The Other Side of the Wind still unfinished, Orson Welles’ heart finally gave out on him. Sadly, his death set in motion 30 years of bickering between the producers as each laid a legal claim to his unfinished film.

In September 2014, after years of hustling and negotiating by producers Filip Jan Ryszma and Frank Marshall, the bickering stopped. By October, Ryszma and Marshall had the raw footage in hand. With Orson Welles’ detailed notes on how the film should be edited, finishing The Other Side of the Wind was suddenly possible.

So what now? The duo quickly secured the services of editor Affonso Goncalves and set him on the task of seeing Welles’ vision through. All they needed was a little cash to do it.

And Now, Your Happy Ending?

Make no mistake, a happy ending is just what Ryszma and Marshall are after for The Other Side of the Wind, and they want us all to be a part of it. You would think that any Hollywood studio would jump at the chance to finance this project, but could a studio ever be trusted not to interfere with the edit? The task of preserving Welles’ vision was too great, and given his contentious history with Hollywood, going through a studio just wouldn’t make sense.

By now you all know how crowdfunding works. You pledge your hard earned cash and if the campaign’s goal is reached, you get to help someone’s dream come true and you get a little swag in the process. So what’s that goal?

As far as crowdfunding goes, The Other Side of the Wind has a fairly modest goal of $2,000,000. If you’re wondering how that money will be spent, the numbers are broken down for you over at the Indiegogo page. Since going live, the campaign has managed to raise just under $200,000. To put that into perspective, the Broken Lizard comedy troupe just secured well north of $4,000,000 for their most unnecessary Super Troopers sequel. Seriously people? One of these projects is historic…the other is Super Troopers 2, so dig a little deeper into that pocket and let’s find a few bucks for Orson Welles, eh?

If swag is your thing, there are some truly unique items available for supporting The Other Side Of the Wind. $150 will get you a slick coffee table book about the film with notes taken from Orson Welles’ personal notebooks. $1,000 will net you 20 hand-rolled, commemorative cigars made to celebrate the director’s 100th birthday. For $25,000 you can walk home with a 35mm print of the finished film (which is kind of insane).

While you’re scoping out the goodies, make sure you read the full story behind the production of The Other Side of the Wind. A fascinating slice of anti-Hollywood history, it’s also an insightful look into one of cinema’s greatest minds.

“Everybody denies that I am a genius, but nobody ever called me one.”

Yes, Orson Welles was a genius, and crowdfunding exists so that projects like The Other Side of the Wind can see the light of day. There are still 29 days left to reach that goal of $2,000,000. It’s a long way to go, but there’s plenty of time to get in the game and make yourself part of film history. This last chapter in Orson Welles’ story deserves that happy ending, so head on over to Indiegogo and check out the campaign page, and please, tell everyone you know to do the same. Uncle Orson really needs our help.