Home NewsEntertainment Harrison Ford Breaks Leg: What Does This Mean For Disney and Star Wars?
EntertainmentTV and Movies

Harrison Ford Breaks Leg: What Does This Mean For Disney and Star Wars? 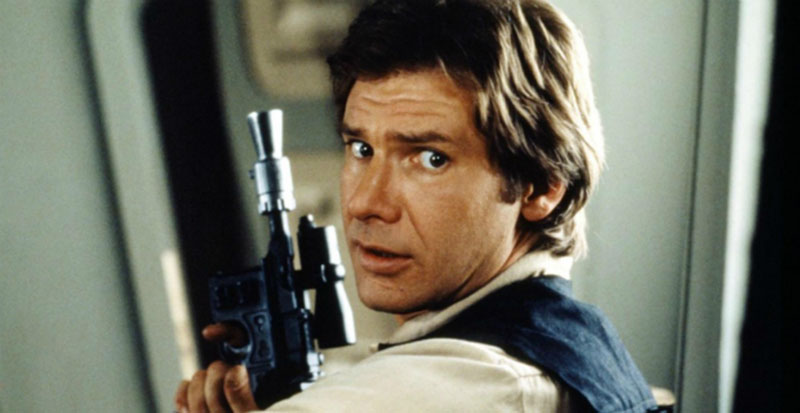 Recently, reports of Harrison Ford—the actor who famously portrays the character of Han Solo–injuring his leg on the set of the upcoming Star Wars film spread throughout the internet. Yet now these reports have escalated as it turns out that the injury is actually a lot more serious that initially credited. In fact, the word is that the actor’s leg is completely broken.

Regardless of who you may be, an injury of that magnitude can take quite some time to fully recover—even under advanced supervision– yet what certainly doesn’t aid this healing process is the age of the legendary actor. Keeping this in mind, this puts Disney in quite the predicament as they either need to allow Ford the time he needs to recuperate and force delays in production, or they need to go back to the drawing board and completely rewrite the script.

Initially, when word first got out of the more advanced condition of the injury, here is what Jedi News had to say:

“We’re hearing via a number of sources that production on Episode VII could be delayed due to the severe nature of Harrison Ford’s leg injury.

We understand a meeting was called this morning at Pinewood to discuss the situation, but the early word is that production of the film could be pushed back by a substantial amount of time.”

Help Me, Disney. You’re My Only Hope.

Personally, being that I’m a huge fan of the Han Solo character, I would gladly sacrifice a release date in order to keep that role active and intact. Judging by that quote—though premature and not quite official—it would seem that Disney somewhat has a similar frame of mind as I do on the situation. Further evidence of this being their decision comes by means of this snippet from a statement released by Disney:

“Shooting will continue as planned while he recuperates.”

Not only that, but Ford’s publicist could be quoted for saying the following:

“He’s doing well and looks forward to returning to work.”

Well, for diehard fans of the character, this could be joyous news cast over a gloomy situation. Disney has been traditionally known to be strict when it comes to deadlines; especially concerning films to be released around the holidays. Yet the general consensus among fans and the public seem to be that the studio should allow Ford the time he needs to recover and not rush things at the risk of potentially tarnish the franchise.

Meanwhile, a complete rewrite would cause delays not only to the filming of Episode VII, but also the “spin-off” projects that Disney had in mind with other upcoming Star Wars related films. Despite all of the speculation on what could happen with filming, no official word on the matter has been released yet.

As mentioned earlier, I feel it would be wise that the studio simply continues filming and shooting scenes as planned while he recovers, and take their time. Star Wars is a brand that people are truly passionate about that should be treated very cautiously with the right care and attention. We’ve all seen what can happen when people mess around with the franchise—George Lucas can attest to those harsh feelings—and to repeat such an offense would be rather silly.

In my own personal opinion, I think the only real decision that needs to be made here, isn’t whether or not to write Han Solo out of the picture, but whether or not to have him portrayed in the style of Charles Xavior with some form of hovering wheelchair or not. Either way, the choice is up to Disney, and all we can do now is wait and see what sort of fate they have in store given the turn of events. Hopefully the Force will be with them.

To glimpse at my sources or for further research on initial reports and recent developments on the topic, you can check out these articles from Jedi News, CNN, and Entertainment Weekly,