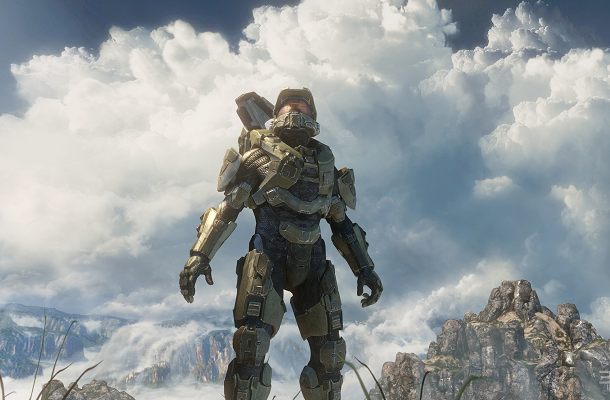 It’s been roughly six months since Halo 4 was released and just as long since we’ve heard anything about Halo series hero Master Chief. But with Microsoft’s announcement of their new Xbox One and E3 2013 just around the corner, it’s really only a matter of time before the mean, green alien punching machine makes his returns in Halo 5.

Xbox One and Halo 5 Go Hand In Hand

Whether or not Halo 5 is announced as an Xbox One launch title or even if we’re given just the smallest tease of things to come, it’ll be more than enough to fuel the raging passion of the millions of Halo fans worldwide. 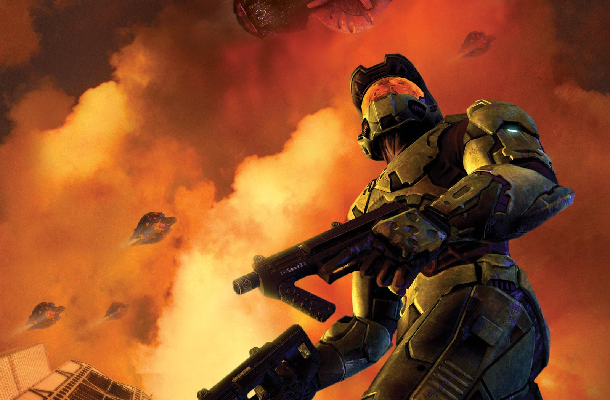 But as gamers speculate on Master Chief’s future, many begin to stop questioning his dark and mysterious past; a past that involves child abduction, experimentation and and the installation of excruciating cybernetic implants. But these are all simply snippets if John-117’s transformation into a Spartan super soldier.

Where did his pre-Halo battles take him? Who did he fight with? How did he end up on the Pillar of Autumn? The answers to these questions lie in Bungie’s prequel title Halo: Reach.

Halo: Reach was the last game to come from the decade-long relationship between famed developer Bungie and Xbox manufacturer Microsoft. The success of the original Xbox is almost exclusively attributed to Halo‘s accessibility as a multiplayer console FPS. Halo 2 then helped popularise Microsoft’s Xbox Live online service and Halo 3 sold shelf-loads of Xbox 360’s during the console’s early years.

Xbox fans have a lot to thank Bungie for and likewise, the famed development team are very appreciative of its fans. Not only was Halo: Reach Bungie’s final farewell to the world of Halo, but it also contained Bungie’s secret “thank you” in the form of main character Noble Six. 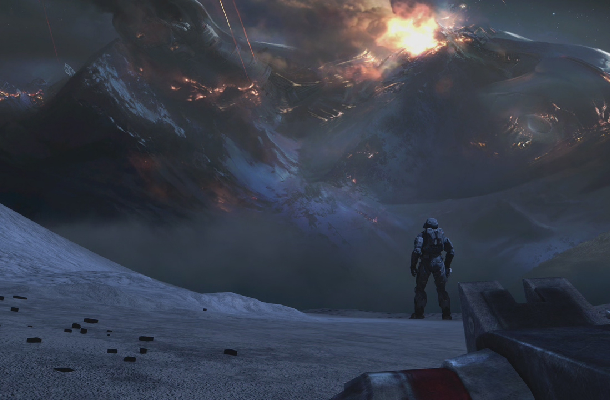 For the first time in the Halo series, Halo: Reach allowed players to create and customise their very own Spartan super soldier and use them throughout the game’s single player campaign. As the game’s narrative progresses we learn learn that Noble Six is more than a simple military pawn and that their actions are the first step towards the eventual victory against the Covenant onslaught.

Players watched in vain as Noble Six was ravaged by invading Covenant forces at the end of Halo: Reach. But how many of these same players spent even a moment to think about the link between Reach‘s hero and series legend Master Chief? The answer is not many. But I have my suspicions. I think the link is there and that Bungie’s greatest gift to its fans has yet to be found.

Noble Six, code name B312, is a third generation Spartan soldier with no official name in Halo canon TK and is simply referred to as “Six” throughout most of the game. At the start of Halo: Reach our character is informed that they will be filling an empty spot in six-man UNSC special forces group Noble Team (hence “Noble Six”) after the departure of another unnamed Spartan.

Here’s the exact words from Noble Leader Carter-A259. Be sure to keep this quote in mind as we explore this topic further:

I’m not gonna lie to you Lieutenant, you’re stepping into some shoes the rest of the squad would rather leave unfilled.

They sound like big shoes to fill indeed. Whoever the player’s replacing must have been quite the soldier.

Halo: Reach and Halo: Combat Evolved Are Two Parts of the Same Story

Although its not clear until the end of the game, the events that unfold during Halo: Reach occur directly before the start of the very first Halo game, Halo: Combat Evolved. In fact, the two games overlap during the end credits at which point the interstellar vessel the Pillar of Autumn, containing Master Chief and Cortana, stumbles upon the titular Halo array. 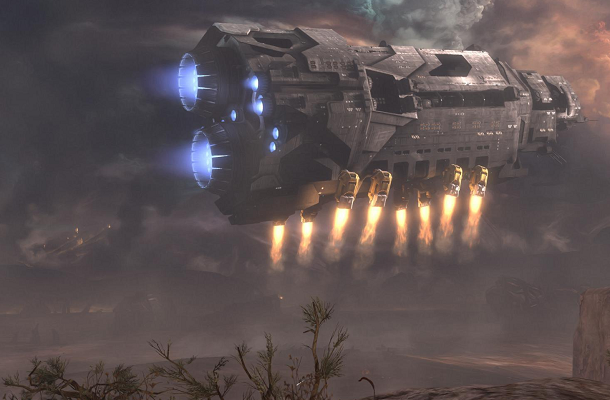 Master Chief does briefly appear during the last chapter of Halo: Reach where a camera controlled cut scene shows a glimpse of the Chief in his cryo-tube as it’s transported to the Pillar of Autumn.

We know that at some point prior to Noble Team’s discovery of the ONI controlled Forerunner installation beneath the surface of Sword Base, that Doctor Hasley had been in communication with Cortana. This information, paired with Cortana’s monologues in Halo 3, confirm that it was during the Doctor’s interactions with Cortana that the AI chose Spartan John-117 as her protector during her quest to end the Covenant assault.

But where was Master Chief when he was chosen and how did he end up on the Pillar of Autumn?

My theory is as follows: Master Chief was posted on planet Reach as Noble Six. After being chosen by Cortana, Master Chief is removed from Noble Team, informed by Doctor Hasley of his new mission and put into stasis until needed. Our created character is then assigned to Noble Team as Master Chief’s successor i.e. Bungie’s last hurrah was letting their fans create their own spiritual “sibling”, as it were, of Master Chief.

Master Chief and Noble Six Are One in the Same

This theory isn’t without its evidence. For example, Cortana and the Forerunner installation were discovered under the surface of Reach. Planet Reach also contained the highest number of Spartans for Cortana to monitor and evaluate. Of all the Spartans posted on reach Noble Team were the best and, assuming Master Chief was in Noble Team at the time, the legendary Spartan would have been their best performing member. 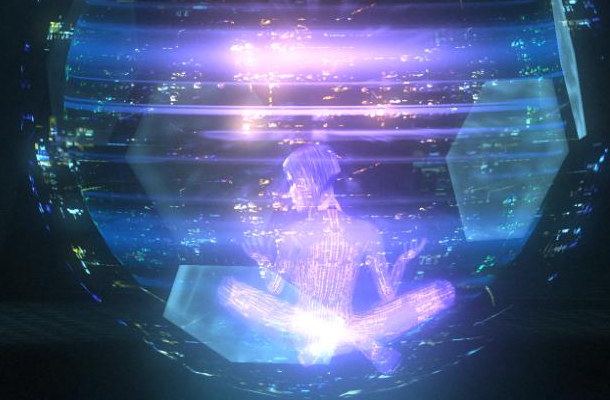 Master Chief would have been in the right place at the right time; another example of John-117’s uncanny good luck.

I’m not gonna lie to you Lieutenant, you’re stepping into some shoes the rest of the squad would rather leave unfilled.

If you were fighting alongside the greatest soldier in military history, would you want to see him leave? No, and neither did Noble Team because the member who left was Master Chief himself. Imagine Noble Team’s dissatisfaction of not only losing the their best member, but having him replaced by our unknown stranger who we’re told has a reputation for being a “lone wolf”.

The fact that Noble Team find out about the Forerunner installation during Halo: Reach also proves that they would have had no knowledge of why Master Chief was being taken off their team. It’s very possible that the UNSC secret intelligence organisation ONI may have even faked Master Chief’s death in order to keep his important mission under wraps.

The final link between Noble Six and Master Chief is during the scene in Halo: Reach in which Noble Six is given the task of protecting and delivering Cortana to the Pillar of Autumn before it launches. But Noble Six wasn’t assigned this mission by any of his superiors, he was chosen by Cortana in much the same way Cortana chose John-117.

Noble Six was brave, he was strong and he had luck. But what Noble Six didn’t have was Master Chief’s MJOLNIR Mark V Powered Assault Armor given to Spartan-IIs which allowed for directly neural linkage with AIs. Being a technologically inferior Spartan-III, Noble Six’s Semi-Powered Infiltration Armor simply didn’t support the AI interface Cortana needed to complete her quest. It is in this respect that Noble Six’s luck ran out, leading to his unfortunate demise at the end of Halo: Reach. If things had been a little different however, it may have well been Noble Six frozen in a cryo-tube on board the Pillar of Autumn.

Bungie have worked tirelessly over the years to expand and develop the Halo back story and lore. Their achievements were only attainable due to the scores of Halo fans who aspired to be like their hero Master Chief. Think about it long enough and you’ll realise that Halo: Reach was Bungie’s way of letting their fans’ dreams come true.