It’s a new style of game-play. Taking LAN to a new worldwide level, and getting your friends together to play an awesome game, Spartan Ops has taken the traditional multi-player concept into a new world. And it’s better that way.  I speak as a long-time Halo fan-boy, buying the original Xbox just because a friend had Halo and we tried it out at his house. Then getting the Xbox 360 for Halo 2 & 3. Oh and I’m a beast at the game. Just saying 🙂

Why Is Spartan Ops Better?

Primarily because I’m a sucker for awesome competitive game-play that has a point. Spartan Ops is more than just kill your friends because it’s amusing. It’s about new content that is always being released, giving each game a specific point to exist. This makes a great opportunity to play with friends online, and gives each person a chance to contribute to the objectives, not just point and shoot. 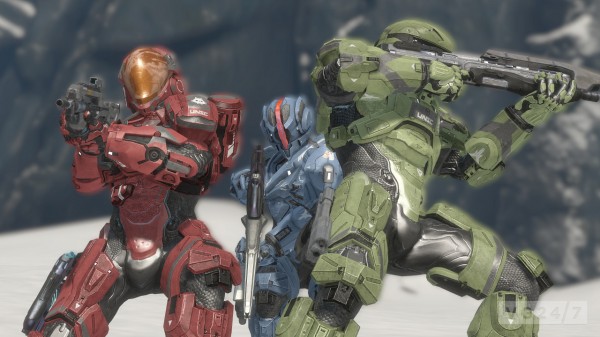 A major upside is the fantastic game-play with new events, updating objectives and more. It’s always been great to play as Master Chief, but it’s even cooler to develop your spartan and then get to see him in action. It continues to diversify the online gaming experience, taking co-op play in newer, more constructive directions. Getting to experience meeting Captain Lasky has been awesome, and knowing his back story was the best thing 343 Industries ever did for Halo 4.

Let me be honest, the characters in the Spartan Ops seem weak. Specifically Commander Palmer and “Jimmy Newtron” Miller constantly giving you updates. Even Roland is dumb. I want to play a game that involves humor sure, but lets pretend that we’re grown ups, not kids with not so witty one liners and petty disagreements…seriously 343, age the conversations a bit and make them more…believable. Also, you can’t play old maps actively. Not huge, but I’d like to see that change. And occasionally it feels a bit overwhelming. You go from playing a great game to being swarmed by overwhelming odds…maybe that’s the point, but it doesn’t feel like balanced team play, just weighted to make it impossible to survive an encounter…I should revamp my playing style, this makes me sound like a whiner.

So are there areas of improvement? Definitely! Am I excited that I can play through new content almost every week? More definitely!!