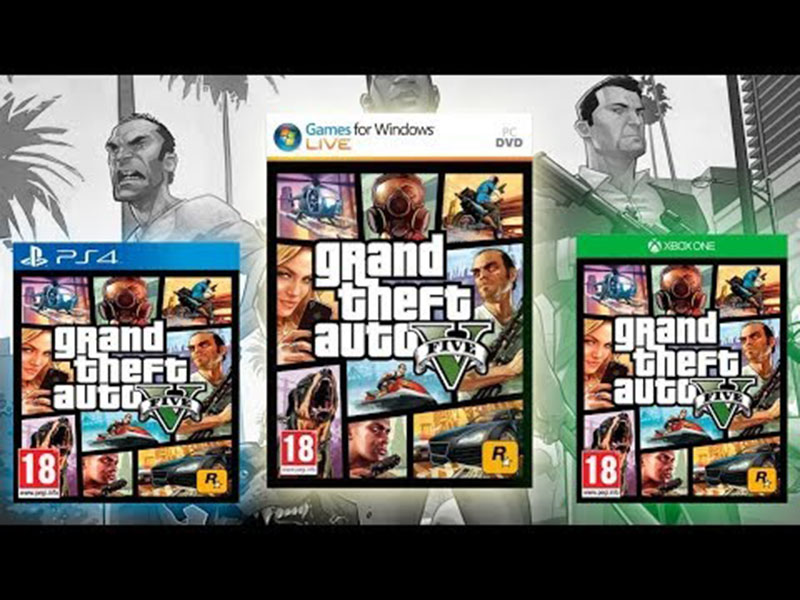 During the Sony E3 Press Conference, it was announced that Rockstar’s record shattering title, Grand Theft Auto 5, would be receiving a graphically superior port later this fall. This upgraded and remastered rendition of the game will be made available for the PS4, Xbox One, and PC. What’s neat about this is even if you already owned the game on PS3 or Xbox 360, if you purchase this version, you can transfer your player data over onto the newer version. A brief trailer was released alongside the announcement which simply shows some pixelated improvements and you can view it by looking at the video posted below.

Aside From The PC Release, Is This Really Necessary?

Rumors have been swirling around about this happening for a while, and this announcement simply makes it official. While I’m sure there are plenty of individuals out there that are excited for this news, I cannot help but find myself puzzled by this. Certainly a release for the PC could definitely be justified as many have expressed a desire to play the title on their computers. Yet why would you re-release the best-selling video game of all time just a year or so after its initial release?

Aside from the obvious answer, the fact still remains that by now—for the most part—anyone who has even a remote desire to play the game has probably already done so by now. I can understand HD remakes and so on for games that are around a decade old or so since doing such would possibly allow a newer generation to get some hands-on experience with a classic title, as well as allow fans to partake in nostalgic and prettier blast from the past…but again, is this rehash too soon?

It’s a mixed bag for me personally and it still may be a little too premature to really say anything. While there was no indication that there would be any added features—other than simply a graphical makeover—if they do make a few tweaks or maybe add some exclusive content, then it’s entirely possible that perhaps this would be worth re-buying. Sure, improved graphics, drawing distance, and improved textures and resolution are nice and all, yet I’m not entirely sold on this idea just yet. If you are one of the few who haven’t played or don’t already own this title, then this is very much a ‘no-brainer” purchase, yet for the rest of us?

There is another possible crowd that this may appeal to however, and that is those who sold their older generation consoles in order to purchase/upgrade to a newer generation one. If you have fallen into that category–and I personally know a few people who have–then you likely had to do so shortly after GTA V was initially released and did not really get much of a chance to toy around and play with the game itself. By chance if you are one of these individuals, then you absolutely struck gold here, because rehash or not, there’s no mistaking that GTA V is an incredible and groundbreaking game that does offer hours of entertainment. Make no mistake, I am not bashing the game itself at all, as the numbers speak for itself on level of success that GTA V and the developers at Rockstar Games have achieved.

With a petition for Nintendo platform integration on Change.Org, the question looms over this recent announcement in that why isn’t it going to be released on the Wii U as well? Again, it still may be too early to say, but they didn’t update their statement and include any Nintendo systems onto the list. Quite honestly, this would have been the perfect opportunity for them to do so and that may have made this announcement even bigger. With third-party developers holding back from releasing games onto the Wii U, this could have been just the push Nintendo needed to garner some support and attention toward the runt of this generation.

Regardless though, it is what it is, and the announcement has been made. Don’t get me wrong, it is entirely likely I may purchase this again if I find out more details that seem to warrant forking over more of my money on the same product. Yet despite that this is exciting news for fans of the game and franchise, it still is a decision—outside of the PC release—that puzzles me. I suppose their way of looking at this release is to simply “strike now while the iron is hot.” How do you feel about this news? Would you be willing to rebuy the game?

For further information on this announcement, you can check out Rockstar’s Article here.