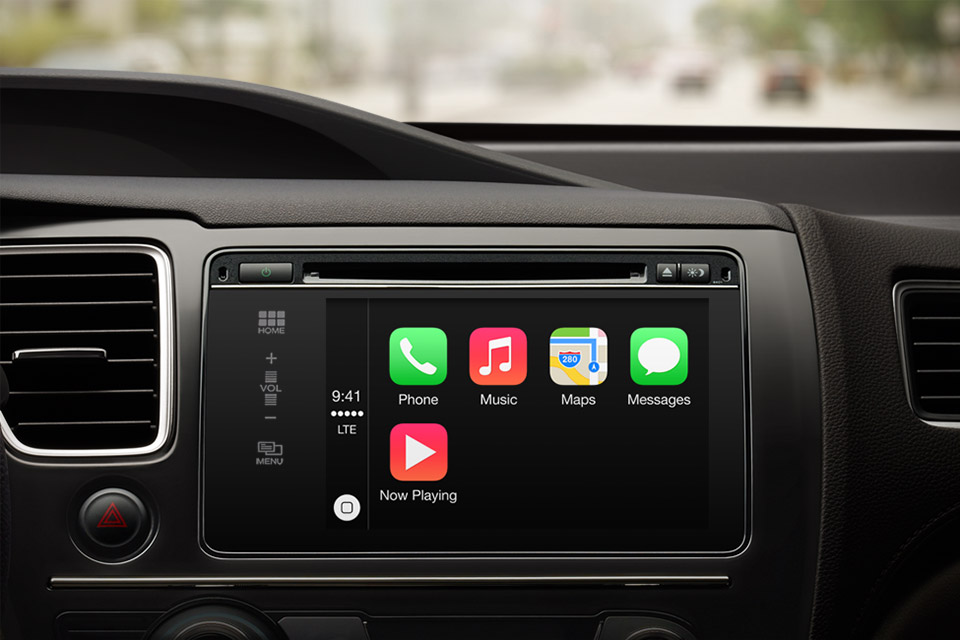 Launched at the 2014 Geneva Motor Show, Apple CarPlay is the corporation’s own answer to the constant problem of in-car phone connectivity technology. The new service promises to rival Google’s own offering as well as more generic in-car systems by providing what many people have been waiting for, an official Apple in-car system. The service is designed to turn your entertainment system into the vehicular equivalent of an iPhone menu screen, functioning much the same way and offering up maps, music and calling through your car’s interface, providing you own a brand new Volvo, Mercedes or Ferrari.

The technology integrates Apple’s voice command Siri into the user experience, allowing for what Apple refer to as ‘eyes-free’ technology. It allows all the functions of the phone that CarPlay will allow the user to use, to be controlled by just their voice. In theory this means that you will be able to answer calls, search and plot destinations and select what music you want to listen to, all using your voice.
Set-up is straightforward and much like using any Apple technology, all it requires you to do is plug your phone into the lightening port, and your phone will automatically connect to the system. Each corresponding vehicle manufacturer offers a slightly different set up, most of which are fairly straightforward to use.

Is It Ready for Widespread Use?

CarPlay is being criticized by many as being far from finished, and not a perfect solution. There are a very limited number of cars that have taken up the technology so far, and Craig Langford, Sales Consultant at CarShop explains that:

“Although this technology is now on the market it will not be readily available for the majority of cars on the road.”

In-car technology is hugely dependant on its usability in terms of how it succeeds and at the current time, of the three vehicle manufacturers offering CarPlay, only Volvo has successfully integrated the system into its vehicles. It has touchscreen technology which harkens back to iPhone or iPad menu screens, giving the user an immediate familiarity and making CarPlay a user friendly tool.
It may take some years before a definitive version of CarPlay becomes a mainstay in vehicles, but for now it is interesting to chart the evolution of this new technology, and it remains to be seen how Apple will evolve it in the future.

Kill la Kill and the Male Gaze: Fanservice vs. Feminism