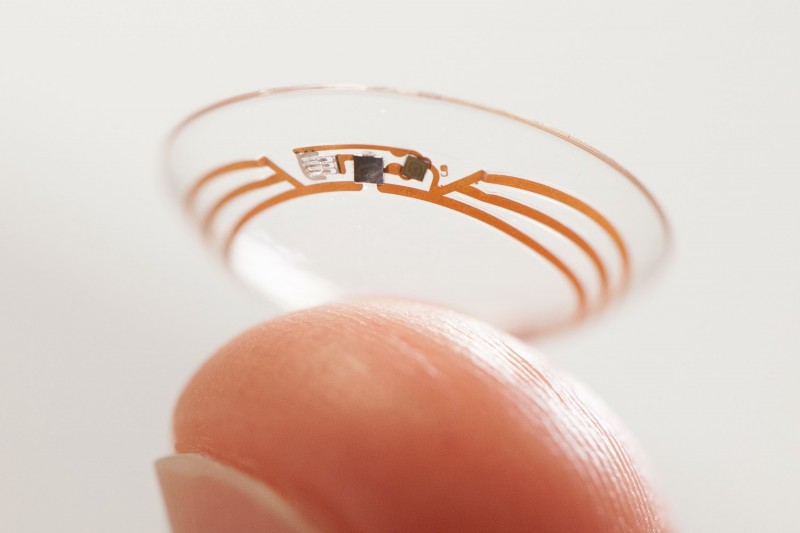 Back in July we let you in on the fact the Google Research has been collecting samples from a number of participants, including blood and saliva. It sounds crazy, but it could lead to medical advances—by leaps and bounds.

The previous article alludes to Google X’s newfound transparency, particularly in regards to Google Glass, but also their goal to “create the prototype of human health” and the venture of developing a contact lens specifically for diabetics. In case the need for such a gadget doesn’t seem relevant, keep in mind that diabetes is among the top 10 causes of death in the US.

In 2012 the American Diabetes Association reported 21 million Americans with diabetes, along with 8.1 million who were undiagnosed. The International Diabetes Federation estimates, that by 2035, one in ten of the global population will have diabetes. That’s a whopping number of people who could have access to a new, far more convenient way of testing their glucose levels.

Since January, Google X has been conducting research and testing for a new smart contact lens that could offer a non-invasive way to monitor blood sugar levels. Currently, the main method for testing these levels is pricking the finger to test blood. Engineers have created tiny, miniscule electronics that fit between two soft lenses, with a small pin hole that allows for the collection of tears. The smart lens would be able to measure glucose with more accuracy, and transmit the data to smart devices. Once the data is stored, it could be shared between patients and doctors in real time. In July, Google announced their partnership with Novartis, who will help create the product in their eye care unit.

Sounds great, right? Of course it does, but wait.

A Problem with the Smart Lens

Many people living with diabetes also have eye problems that require vision correction, such as glasses or contact lenses. Much like Google Glass, the smart lens won’t help vision. It seems a bit counterintuitive to design a product that could benefit so many people, so immensely without also addressing eye complications associated with the disease.

Luckily, Joe Jimenez, the chief executive at Novartis, suggested there may be another lens in the works. It would function a lot like a camera’s autofocus function, to allow users to see objects—near and far—more clearly and automatically adjust when the gaze is changed. Perhaps the two lenses could be combined to solve the lack-of-vision-correction problem apparent with the smart lens. Both projects will take several years to be fully developed and potential cost is yet to be determined.

Tech companies will continue to look for new areas of growth, so it would seem we can keep expecting more and more health related advances from likes of Google, and Apple.

Ashley is an all-around book nerd, but when her nose isn't in a book, you're likely to find her binge watching any number of shows on Netflix, scrolling through tumblr, or just hanging out. She's an aspiring poet and writer who's just trying to "live the dream." Any time not spent on the couch usually involves doing something outdoorsy with her boyfriend. She really appreciates treats, a good sense of humor, and cats.