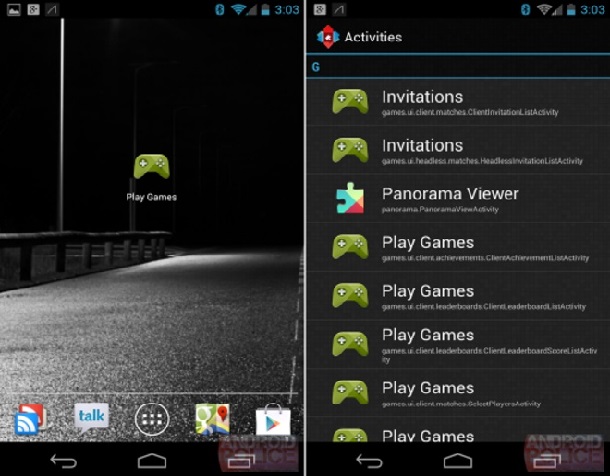 Google’s answer to iOS’s Game Center is coming soon. Newly leaked photos of a new service, which is being called ‘Google Play Games’ have been leaked online. The service is set to roll out in the next Play Store update.

Android Police claims to have obtained a copy of the upcoming Google Play Services update – version 3.1.36, which includes Play Games. The service will allow users to host multiplayer games, play for achievements, invite other players to game, and compete on Google’s leaderboard. The leaked photos show a new dedicated icon for the app, along with many tweaks available in its Settings.

The leaked code also suggests functionality for in-game chats. The settings for the service allow for turning off or limiting notifications to friends based on your Google+ circles. Currently, iOS’s Game Center has been the only major gaming network on a mobile platform. Now with Play Games on Android, there is potential for users to switch.

The social integration for the app will be exclusive to Google+ only – which could potentially limit its usage as there are obviously more people using Facebook than Google+. Of course, this could expand to Facebook in future updates.

The leaderboard can be sorted into daily, weekly and ‘all-time’ views – and filtered to show players by Google+ circles. There is also a ‘matchmaking’ feature in the app, which would automatically pair you with other players based on certain parameters. Users will also be able to save their game progress over the Cloud.

Google Play Games is expected to be launched at Google I/O between May 15 and 17, at San Francisco.