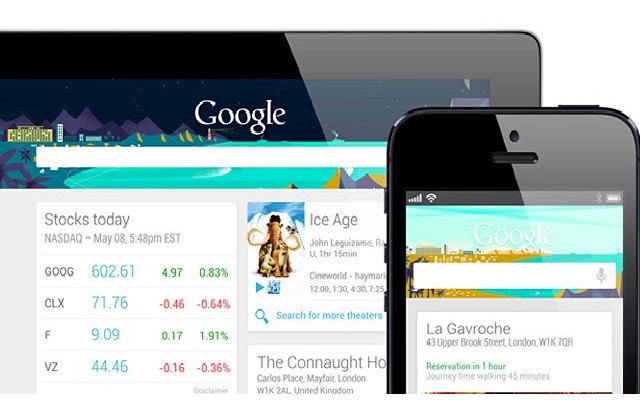 Android users can no longer claim bragging rights for being the exclusive platform for Google Now. Google has just released an update to its Search app on iOS which brings Google Now to its iOS users. 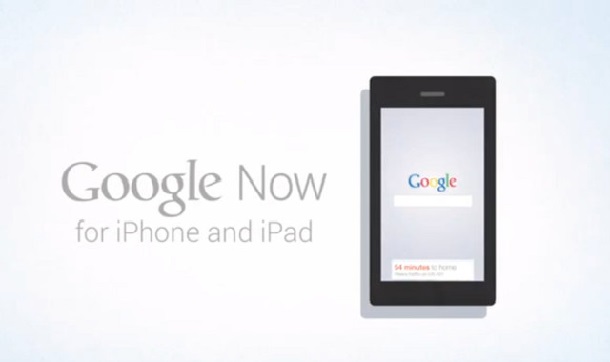 The update is available on both the iPhone and iPad, with the look and feel almost identical to its Android counterpart. Google Now consolidates information from your Google account – so updates from Gmail, Google+, Calendar and Chrome will all be synced to the service.

Google Now was Google’s answer to Siri – Apple’s own personal assistant, available on the iPhone and iPad. On Android, Now collects information about you – such as location, search history, calendar appointments etc., to pick up where you live, work, your interests, and learns over time to give you relevant information such as weather, traffic updates, meetings etc., without you asking for them.

It’s proved to be useful to many users – when it tells you to leave early for work when it’s figured out that there will be too much traffic on your route, or tells you to leave for the airport once it finds out your flight’s schedule.

Google Now works by popping up useful ‘cards’ based on your location and search history. However, not all the cards available on Android have made it to the iOS version. Out of a total of 29 cards, 22 have been carried over to the Android version. The ones that didn’t make it: Boarding Pass, Activity Summary, Events, Zillow, Fandango, Concerts, and Nearby Events.

Owing to restrictions on iOS, Google obviously hasn’t been able to integrate Now as seamlessly as it is on Android. The app can’t sync data in the background, or launch with a system-wide shortcut or gesture, nor will it be employing iOS notification bar to bring you alerts. However, it will be able to manage your location in the background, thus saving you time on every launch.

As with many Google products, Android (and Nexus devices) always give you the best Google experience, but we aim to make our services available to as many people as possible. Android offers more integration opportunities than iOS. – Baris Gultekin, Director of Product Management, Google Now

Bringing Google Now to iOS seems like a great business decision for the tech giant. Google Now is only available to Android devices running Jellybean 4.1 or higher. The number of such devices is less than 200 million, out of a total of more than 750 milllion Android devices on the planet.

On iOS however, Google Now is available to all devices running iOS 5 or higher. According to Tim Cook, Apple sold 75 million iOS devices in the last quarter of 2012 alone, with total sales ever clocking 500 million. 300 million of those devices are running iOS 6. According to data released by Chitika, adding up the number of iOS 5 devices takes the total to more than 475 million.

That is almost 2.5 times the number of iOS devices as compared to Android devices that can run Google Now. With such a colossally larger market, Now needed to be on iOS, and Google would be happy it’s finally delivered.

This also means Android devices would be losing out on an important stand-out factor. Google Now was a great productive tool, aside from being a cool thing to show off, but it’s no longer exclusive.

Google Now for iOS can be downloaded from the App Store here.