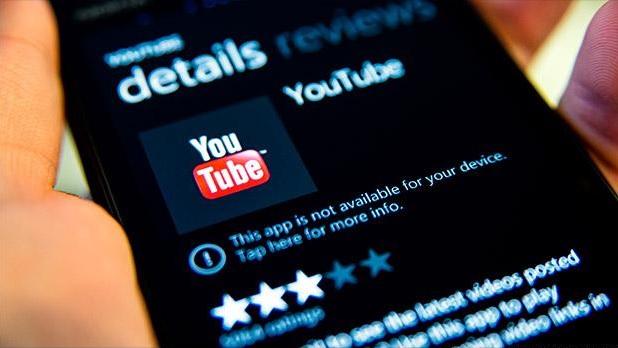 Microsoft and Google continue to haggle over multiple issues. Microsoft has been upset after Google recently blocked access to YouTube on Microsoft’s Windows Phone app because the app apparently violated Google’s Terms of Use.

It all started 2 years ago, when Microsoft criticized Google for not letting it deliver a fully featured YouTube app similar to how the service was available on other platforms. It even filed a formal complaint with the European Commission over Google’s search options in the European Union, saying Google wasn’t playing fair by blocking full access to Youtube to other search engines and service providers.

Until this time, Microsoft’s Windows Phone lacked a proper YouTube app. The app at that time simply redirect to Youtube’s mobile site. Then in May this year, Microsoft released a full-fledged YouTube app that offered functionality similar to apps available on other platforms.

Google promptly objected to the Microsoft app, saying the app violated terms and conditions of the YouTube API. The Windows Phone app did not serve advertisements and allowed users to download videos for offline viewing. The company sent a cease and desist letter to Microsoft, following which both of them agreed to work together to come up with an updated app which would be in line with the YouTube API’s terms of service.

Microsoft must use HTML5 : Google

The partnership, however, did not seem to work out. Both companies disagreed over the use of HTML5 in the app. Google wants Microsoft to build the YouTube app in HTML5. This, despite the fact that the YouTube apps on iOS and Android have been built in native code. Google’s Guidelines require developers to use HTML5 to build YouTube apps, and the company expects Microsoft to adhere to them like all others.

We value our broad developer community and therefore ask everyone to adhere to the same guidelines. We’ve been working with Microsoft to build a fully featured YouTube for Windows Phone app, based on HTML5. Unfortunately, Microsoft has not made the browser upgrades necessary to enable a fully-featured YouTube experience, and has instead re-released a YouTube app that violates our Terms of Service. It has been disabled.  – Google

Microsoft on its part, argues that a fully-functional HTML5 app isn’t currently possible due to Windows Phone’s limitations. These limitations will be addressed in a future update/release for Windows Phone. But for now, HTML5 just can’t work. The company is accusing Google of ‘manufacturing’ roadblocks that it knows are impossible to overcome.

For this reason, we made a decision this week to publish our non-HTML5 app while committing to work with Google long-term on an app based on HTML5. We believe this approach delivers our customers a short-term experience on par with the other platforms while putting us in the same position as Android and iOS in enabling an eventual transition to new technology. – David Howard, Corporate Vice President, Microsoft.

The issue still stands unresolved. Microsoft has said it is collaborating with Google to bring this to a close. Google’s lack of concern about potential customer dissatisfaction isn’t surprising. The search giant considers Windows Phone to be a very small platform, and has even gone on record to say it would NOT be bringing out apps to the platform.

Microsoft obviously isn’t pleased with how things have turned out. But Google doesn’t seem to care.

Well now, until this issue is resolved, I’ll hold out on buying that Lumia 520 I’ve been wanting.