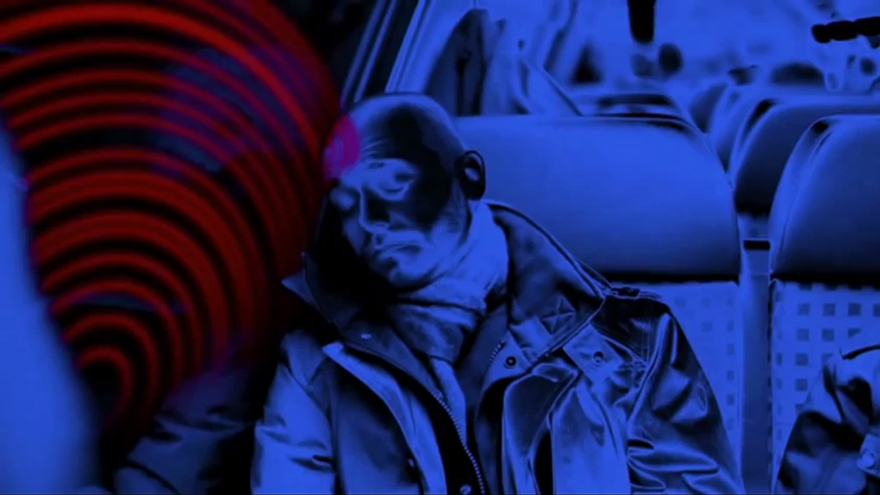 I am afraid that the near future is going to require wills of steel or endless wallets. Multi-million dollar corporations are fueling creativity into advertising, and new technology has been born that honestly makes me fear for my free will.

Why? Well, because technology has been invented and put into practice that is going to advertise to me while I sleep. Will I wake up craving McDonald’s hamburgers or a new pair of Nikes? Or dream that I am saving Zelda and be so intrigued I must buy the next game? Advertisers are getting more intrusive; I mean, now even your dreams aren’t safe!

BBDO Dusseldorf, a German ad agency, has created a technology that can transmit advertisements into a person’s skull. The medium? Windows. These train windows emit high frequency vibrations that literally send a message into one’s brain while a person rests their head against the window.

The windows use bone conduction technology, which actually isn’t new, but I hadn’t heard of it being used in advertising like this before. The technology has been primarily used in the military special ops or in hearing aids, but advertisers have slowly been hooking their fingers around it and brainstorming the possibilities. Google glass and certain headphones have taken hold of it as well.

When you listen to a recording of your voice, it often sounds odd. This is because when you are hearing your voice normally, you are also hearing it through the vibrations in your skull which slightly distorts the true sound of your voice (Unfortunately, yes that recorded voice is actually the real one.) Bone conduction technology sends vibrations into your brain as your head connects with the window. These vibrations are then converted into sound.

The ads are designed to play immediately upon a person’s contact with the window. Sky Go, a mobile streaming service, attached their transmitter to public transit windows. The talking windows urge the sleepers to download content from Sky Deutschland. The transmitter speaks only to those with their ear on the window, so, not only is it creepy, it is also only going to be happening in your mind, not anyone else’s, not even the person’s sitting next to you. Hearing voices? Maybe it’s just an ad.

BBDO and Sky Go have announced that they plan to place these advertising windows all over Germany’s public transportation. At least, they won’t just be for ads; they also plan to play music and weather. Either way, if you’re leaning your head against a window, I’d say you’re tired and not really in the mood to be bombarded with advertising, and I can play my own music, thank you.

However, Susanne Keyzers, a BBDO representative, announced that the test run for the windows was very positive. The passengers on the route between Munich and North Rhine-Westphalia were “surprised and enjoyed the new form of advertising.”

But I’m still not convinced. A YouTube video that showcases this technology has thousands of views already, and a whole lot more negative feedback than positive -70% of the voters were thumbs down. Most people seem to agree that this is an invasion of privacy and somewhat unethical. A voice we can’t turn off, speaking in our minds, the only place that is actually ours. Advertisers have constantly been fighting to stop people from being able to ignore ads, and now it looks like they finally are finding a way that we can’t avoid. This is far different than anything I’ve heard of before. It’s fighting me in my dreams, my subconscious, where I don’t have the will or the awareness to fight back. It’s sneaky and cheap. Seriously, ads interrupting my sleep?

Obviously, one can just avoid sleeping on windows, but I think this marks a start to a new dawn of advertising technology that is going to become very mental and very intrusive. It reminds me of the world created by George Saunders in “My Flamboyant Grandson.” In his world, companies target a person everywhere they go, preying on their emotions (like tiredness…) and personal preferences. It’s a nightmarish world, and talking windows that speak to me in my sleep make me fear Saunders’ world may not be too outlandish:

We left the Eisner and started up Broadway, the Everly readers in the sidewalk reading the Everly Strips in our shows, the building-mounted mini-screens at eye level showing images reflective of our personal Preferences we’d stated on our monthly Everly Preference Worksheets, the numerous Cybec Sudden Emergent Screens outthrusting or  downthrusting inches from our faces, and in addition I could very clearly hear the sound-only messages being beamed to me and me alone via various Kakio Aural Focussers, such as one that  shouted out to me between Forty-second and Forty-third, “Mr. Petrillo, you chose Burger King eight times last fiscal year but only two times thus far this fiscal year, please do not forsake us now, there is a store one block north!,” in the voice of Broadway star Elaine Weston, while at Forty-third a light-pole-mounted Focusser shouted, “Golly, Leonard, remember your childhood on the farm in Oneonta? Why not reclaim those roots with a Starbucks Country Roast?,” in a celebrity rural voice I could not identify, possibly Buck Owens, and then, best of all, in the doorway of PLC Electronics, a life-size Gene Kelly hologram suddenly, appeared, tap-dancing, saying, “Leonard, my data indicates you’re a bit of an old-timer like myself! Gosh, in our day life was simpler, wasn’t it, Leonard? Why not come in and let Frankie Z. explain the latest gizmos!” And he looked so real I called out to Teddy, “Teddy, look there, Gene Kelly, do you remember I mentioned him to you as one of the all-time great dancers?” But Teddy of course did not see Gene Kelly, Gene Kelly not being one of his Preferences, but instead saw his hero Babar, swinging a small monkey on his trunk while saying that his data indicated that Teddy did not yet own a Nintendo.

Excerpt from “My Flamboyant Grandson” by George Sanders