Under the Dome Episode 3: Manhunt 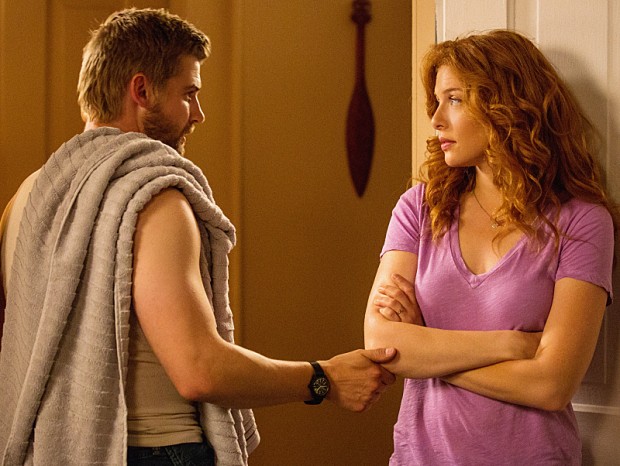 I don’t think it’s a particularly good sign that the third episode of the series was easily the worst episode of the series. At this point, the writers for the show should be getting a pretty good feel for the characters and starting to write them with a little more depth. Instead this episode seemed to be one where the writers were very much mailing it in. Despite claims that the people attached to the show would like this to be an actual series the writing seems to be hinting that they all know that this is going to last exactly one season. There were good things that made me want to give the show another chance, but for a second straight week, there were also exchanges between characters that made me facepalm a little too often.

There is a bit of a hint at a storyline that could be intriguing if it is done just right. Paul Randolph, while basically completely losing his marbles makes the claim that “the Dome is making everyone crazy.” This is actually the second time that someone under the Dome has claimed that other people are acting strange. Junior Rennie also claimed that Angie McAlister had changed since the Dome came down. Obviously it’s Junior and Paul that are actually going crazy but it would be neat if the Dome was actually causing their nuttiness. It would explain why Junior went from weird emo kid to kidnapper after the Dome came down at the very least.

Dean Norris is doing a heck of a job playing both sides of the fence as Big Jim Rennie. To the townsfolk he looks like someone who has the town’s best interests at heart. To Junior and Barbie and select others, he lets his darker side show through. He’s easily the best acted, and best-written character in the show. We also get a look into why Junior appears to be a messed up kid during a private moment between father and son. Jim is clearly an overbearing father who doesn’t tolerate any weakness from his son. This particular plot point is handled quite well and isn’t over the top.

Unfortunately, the bad parts of this episode mightily outweighed the good parts and perhaps the most distressing was that the truly stupid questions, questions that good writers could handle without saying them out loud started almost at the very beginning of the show. Joe and Ben and a couple of girls are watching a video of Paul Randolph shooting his gun at the Dome. When the bullet hits the force field it bounces off and hits another police officer, killing him. One of the girls first points out that the bullet bounced off the Dome and then says “do you think Paul meant to kill Freddie?” The fact that the bullet bounced off the Dome would seem to indicate the very obvious answer to this question is “no.” Joe actually answers, “I don’t know.”

Another mind numbingly stupid exchange happens during a house party at the McAlisters. The incredibly stereotypical bully, Carter Thibodeau has decided to charge kids money in order to use the McAlister’s generator to charge their handheld devices. Norrie decides to step in and rectify the situation … by bringing up the Sherman Anti-Trust Act. Of course Carter doesn’t understand the reference and when she explains that “monopolies are illegal,” the moron/bully responds that Monopoly isn’t illegal because they have the board game at home. I wanted to clunk both of their heads together so hard that they would both be unconscious for the rest of the series.

These kind of exchanges, along with almost everything that comes out of Ben’s mouth seem to indicate none of the writers have children, or if they do the don’t like their children very much. A 17 year old girl is not going to appeal to a bully by quoting centuries old legislation. I get that the writers wanted to show us that their “bad girl” was actually pretty smart. There are far less ham handed ways of doing that.

Something that donned on me as this show rolled towards its ridiculous conclusion was that the Dome has trapped some of the world’s worst criminals together in Chester’s Mill. Big Jim, the now dead sheriff and reverend Coggins were apparently mixed up in some kind of drug trade. That twist is actually a good piece of writing that was in the original book and therefore the show’s writers cannot take credit for. What defies explanation is why the group was keeping a record of their illegal activities. Coggins starts the fire that is the penultimate moment in episode 2 by burning these documents. It seems to me not keeping the documents at all would have solved this problem. It also seems odd that the sheriff was apparently keeping the documents someplace where someone who didn’t live in the house was able to find them fairly easily.

The final reveal shows that Barbie isn’t really as smart as he claims to be. The final shot of the episode shows Julia (who now doesn’t trust Barbie because a clearly unhinged Junior told her a story) finds a map. On this map a spot is clearly marked, along with coordinates. It appears that Barbie has actually marked where he buried the man he killed. The stupidity of that act can’t be understated.

Can it Get Better?

Under the Dome has its moments and the premise of the show is interesting but with nearly a quarter of the season now complete I’m starting to wonder if the writers have any idea what they want to do with that premise. Episode four needs to undo quite a bit of damage done by “The Manhunt.”