Geek Insider’s Most Anticipated Games of 2013

With Christmas and the Mayan apocalypse behind us we find ourselves looking out to 2013 and the fantastic line-up of video games that sit on the horizon. While it’s impossible to predict which titles will make their mark on the video game timeline, there are plenty of games due for release this year that are sure to make an impact. The following selection of ambitious new titles are ones that you should definitely keep an eye out for. This is Geek Insider’s Most Anticipated Games of 2013. 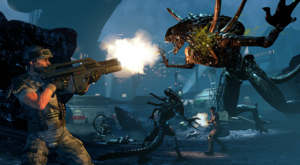 It’s been difficult to keep the hype going for this game, but after eight years and several delays later, Gearbox’s stab at a first person shooter based on the Aliens franchise is almost here. Taking place after Alien 3, but building on James Cameron’s Aliens film, Colonial Marines tells the story of a search and rescue team sent out to investigate the abandoned U.S.S. Sulaco, as well as the surface of LV-426 and the ancient alien spacecraft from the original Alien film. The game has an emphasis on co-op play, requiring players to team up in order to fend off the hoards of attacking Xenomorphs, as well as featuring team based multi-player which allows you to hunt down your friends as the deadly aliens. A must have for gamers and Alien fans alike. 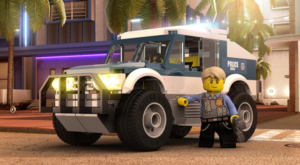 The fun, goofy and easy-going nature of the numerous Lego games directly based off popular movie franchises have, strangely enough, made Lego a well known name in the world of video games so much so, that The Lego Group have decided that the time is right for a non movie-based game. Lego City Undercover is an open world game based on the Lego City brand, which sees undercover cop Chase McCain take down criminals. Chase is able to scale walls, run across rooftops, beat up bad guys and drive a range of Lego vehicles. From looking at various trailers the game is set to be full of cheesy gags and slapstick commentary, making Lego City Undercover essentially a cheeky, family friendly version of Grand Theft Auto. If that isn’t enough to get you excited, well… Lego!

Considering the last true SimCity game came out way back in 2003 the upcoming release of a modern addition to the popular city building simulation series isn’t so far-fetched. Even so, the new features this version of SimCity will bring is enough to get anyone excited. The new GlassBox engine runs your city on hundreds of smaller simulations known as ‘agents’, which replace the number-crunching, statistic based simulations of previous games. For example, a traffic jam will occur due to separate agents representing traffic flow slowing down in poorly designed areas of the city, whereas in previous games a traffic jam graphic would represent simple traffic statistics. This, along with indirect inter-city interactions, online multi-player, and finite resources creating a global economy are the ingredients that will make SimCity the most natural and engaging city simulator yet. 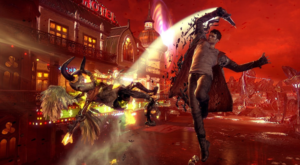 Despite the tremendous backlash from fans over lead character Dante’s redesign, DmC is set to go above and beyond the high bar set by the previous four games in this amazing action adventure series. Ninja Theory have widened the scope of combat by introducing new ‘Angel’ and ‘Demon’ attack modes, which can alter all normal attacks on the fly, allowing for imaginative combos and intense on-foot and in-air fights. While the battles rage on, the city the game takes place in constantly morphs and becomes deformed as the demon world merges with it. If the demo is anything to go by, DmC will once again define ‘easy to learn, difficult to master’ technical 3D action games. 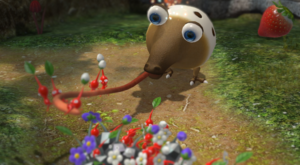 Nintendo’s unique take on real time strategy won over the hearts of GameCube owners when the original Pikmin was released back in 2001. The series, known for its simple controls, cute characters and vibrant environments is expanding over to the WiiU with Pikmin 3 and will take advantage of everything the new console has to offer. This time around up to four players will be able to navigate their way across uncharted lands co-operatively while they learn the secrets of the new rock Pikmin and pink, flying Pikmin, all rendered in 1080p HD with beautiful current generation graphics. This colourful and relaxing strategy game will be enjoyed by gamers of all ages.

The Last of Us

Naughty Dog have taken the tried, tested and somewhat overused zombie apocalypse scenario featured in many games and put a relationship focused, story driven spin on it with the upcoming The Last of Us. Set a full 20 years after a fungal growth has ravaged the land and controlled the minds of the infected, players assume the role of grizzled survivor Joel as he travels across America with his precious cargo, a young girl named Ellie; who Joel promised to an old friend to keep safe. The game itself will involve stealthy, duck-and-cover, third person action as Joel avoids, or kills, hostile survivors, infected fungus zombies and the military who want to take Ellie back to a quarantined zone. However it is the father-daughter relationship that grows between the two individuals that will really draw in the crowds. 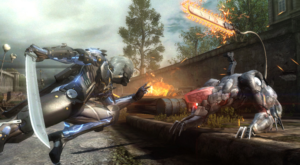 Raiden may not be the most popular character in the Metal Gear Solid series, but there’s no denying that the upcoming spin-off game Metal Gear Rising: Revengeance is going to be something truly special. Publisher Konami’s decision to hand over to development to Platinum Games, creators of the immensely popular Bayonetta, will undoubtedly pay off. Frantic, fast paced sword fights replaced stealth as a cyborg Raiden is pitted against vast numbers of weird and wonderful robots as well as intense bosses. Metal Gear Solid fans won’t know what hit them, but they’ll know that they like it. Keep an eye out for the demo which will be available for download this month on Xbox Live and PSN. 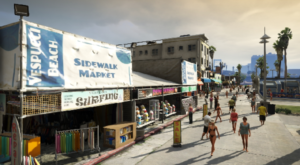 Every single entry in the Grand Theft Auto series has redefined open-world gaming and have secured developer Rockstar’s place in the video game history books. Perhaps its stating the obvious, but from what has been shown of the game so far, Grand Theft Auto V will certainly not disappoint. With a mind-bogglingly large gameplay environment said to be larger than Red Dead Redemption, Grand Theft Auto: San Andreas and Grand Theft Auto 4 combined, and with three playable characters and three separate storylines that can be accessed at any time, there’s a very high probability that Grand Theft Auto V will completely blow our minds. 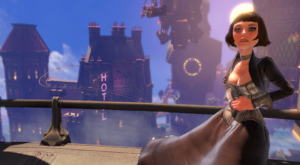 More of a successor than a sequel, Bioshock Infinite aims to bring back the grand single player gaming experience that made the original Bioshock a phenomenon, but with an all new and incredibly interesting setting. Ditching the murky depths of Rapture, Bioshock Infinite builds on the ideas of early 20th century American exceptionalism by putting the player slap-bang in the middle of the steampunk air-city of Columbia. The task is simple: rescue an enigmatic young woman known as Elizabeth. However Elizabeth’s peculiar psychic abilities put her and the player in the centre of a full-blown civil war that sees the player chased by a host of crazed residents and the mysterious yet terrifying Songbird robot. All we can do now is sit on our hands until its release this March… 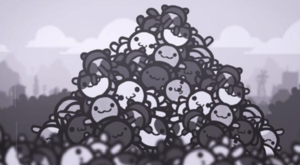 Edmund McMillen and Tommy Refenes of Team Meat, creators of the universally celebrated indie game Super Meat Boy, have been steadily revealing small details over the last few moths of their follow-up game Mew-Genics. Team Meat has been extremely tight-lipped about what the game actually is, but they have revealed that it will feature many different genetically enhanced cats, 12,207,031,250,000,000,000,000 according to their website, each with their own randomly generated set of special abilities. The game will undoubtedly be full of the dark humour and subversive commentary on the video game industry McMillen’s previous games are known for. Combine this with the excellent programming abilities of Refenes and Mew-Genics may just turn out to be 2013’s greatest feat of independent game development yet. Oh, and the super cute, genetically altered, mutant cats are welcomed too.

Control the Spice, Control the Universe: Dune II Playable Within Your Browser