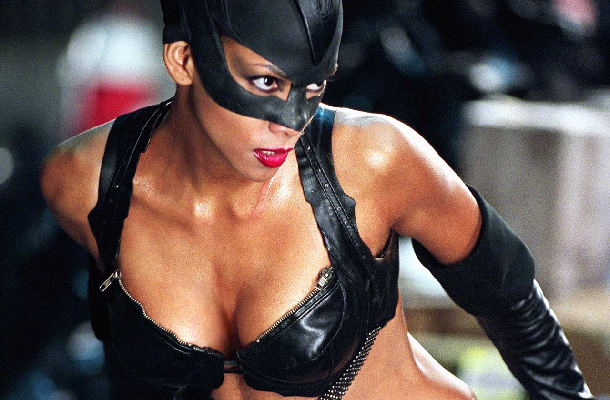 Movie goers have been spoiled for choice over the last decade or so with loads of top-quality comic book film adaptations. Whether you’re a fan of Nolan’s Dark Knight Trilogy or have been keeping up with the adventures of Captain America, Iron Man,The Incredible Hulk, Thor and the rest of the Marvel gang in the ever expanding ‘Marvel Cinematic Universe‘, the time for super-hero movies has never been better. But what about the worst comic book movies?

Unfortunately the number of mediocre to outright awful super-hero movies far outweigh the excellent ones. Be it due to movie studios hoping to make a quick buck, wanting to hold onto a character license for longer, or for simply not understanding what a particular comic is all about, movie history is littered with many failed attempts to bring comic book action to the silver screen. Get your shovels at the ready as we unearth the Absolute Worst Comic Book Movies. 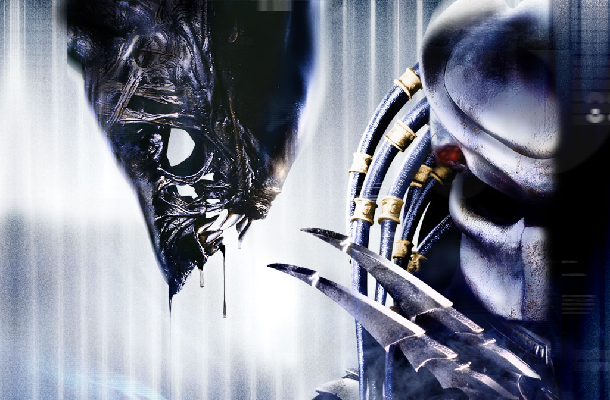 The announcement of an Alien/ Predator crossover movie was reason to jump for joy, let alone the fact that it was supposedly drawing from the excellent Alien vs. Predator comic books published by Dark Horse in the early 90’s. Unfortunately for fans, the result was a unimaginative film with a sloppy storyline, forgettable characters, and fight scenes in dark environments plagued with “shaky-cam”. Granted, the special effects were impressive for its time, but none of that makes up for the super-cheesy friendship formed between the film’s heroine, Alexa Woods, and the strapping young Predator. 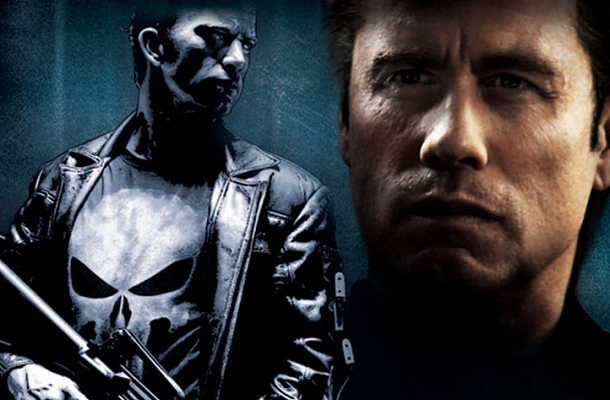 The 2004 film based on adult rated, Marvel MAX character of the same name had the correct atmosphere for a film based on a revenge driven vigilante, but managed to miss one of the most entertaining aspects of of the Punisher comics: high tech, mafia destroying weaponry.

Gone was the unsettling amounts of gratuitous violence Punisher comic fans knew and love, pushed aside for a lower age rating. Without the brutality found in the comics, Frank Castle’s depiction in The Punisher movie fails to stand out at all amongst other crime films, let alone ones based on comic books. Punisher fans will undoubtedly be better off watching the action packed gore-fest that is Punisher: War Zone. 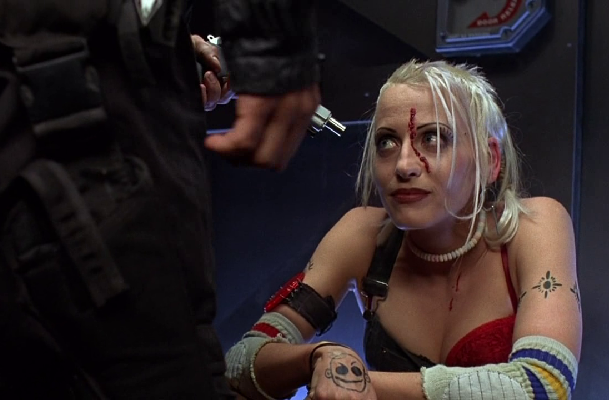 Regular readers will recognize Tank Girl from our Non-Super Comic Book Heroes article. The tank driving, alcoholic, chain smoking heroine of the British comic strip of the same name became so popular that a film adaptation was released in 1995.

The film’s premise is as follows, Tank Girl lives in a post-apocalyptic wasteland devoid of all water aside from reserves held by population controlling Water & Power corporation, which Tank Girl and a band of resistance members fight to control. While this idea is initially interesting, it doesn’t hold up well in the film. The often random and always silly events of the comics are swapped out for a more sturdy, sensible and inflexible narrative which sucks away all of the bizarre charm of the comic. The film’s attempts at humor and scenes of nonsensical adventure fall flat on their faces, a fact that is amplified by embarrassingly poor special effects.

The poor reception of Tank Girl effectively killed off the comic from which it is based, all the way until a revival in 2007. This is a film best avoided by comic and movie fans alike. 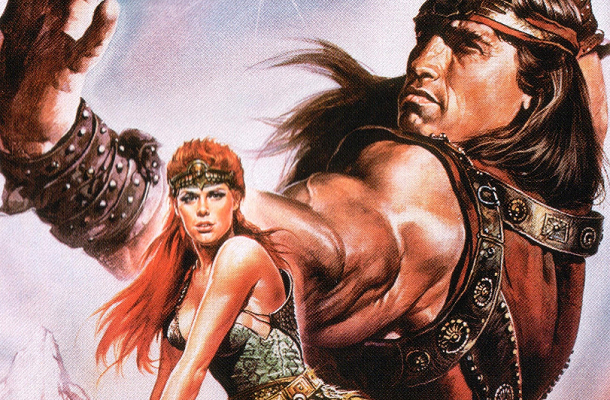 Red Sonja is, in fact, the third in the Conan the Barbarian series of films, famous for staring Arnold Schwarzenegger, and is based on a character in Marvel Comics’ adaptation of the Conan films which are. themselves, based on Robert E. Howard’s pulp fiction stories from the 30’s. If you found the previous sentence confusing, wait until you watch Red Sonja, one of the worst comic book movies around.

With its transparent and incredibly limp storyline, Red Sonja offers some of the most unimaginative series of sword battles, inane conversations, cardboard characterization and boring scenery ever put to screen. The film even goes as far as to strongly suggest that lesbianism, the sexual orientation of the film’s antagonist, the evil Queen Gedren, is an evil act that must be punished by death. Schwarzenegger, who does appear in the film, sums up it with the follows words of wisdom:

It’s the worst film I have ever made. Now, when my kids get out of line, they’re sent to their room and forced to watch Red Sonja ten times. I never have too much trouble with them. 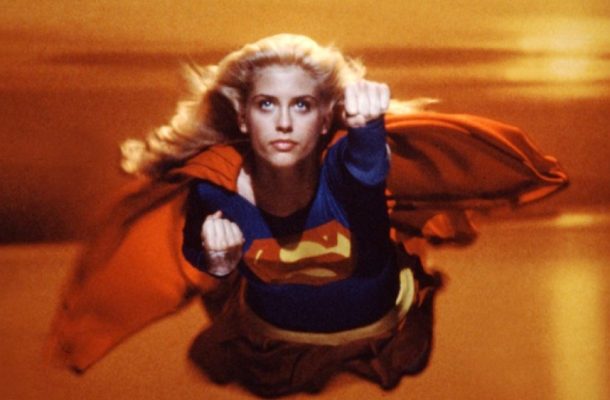 During the 80’s the Superman series of films staring Christopher Reeve hit a snag in the underwhelming Superman III, and by the time Superman IV: The Quest for Peace came around it was clear that it was time for Superman to hang up his cape. But let it be known that there is a film far worse that either of the two Superman blunders, that film being Supergirl.

The film sees teenage Kryptonian Kara Zor-El travel to Earth in the search for a power source needed for her home space colony of Argo City to maintain itself. As expected, Kara gains powers similar to Superman and must fight a witch, win over a hansome young man and obtain the power source before returning back to Argo City. The film is, unfortunately, as bland as it sounds and is consistently mild and tame all the way until the end. 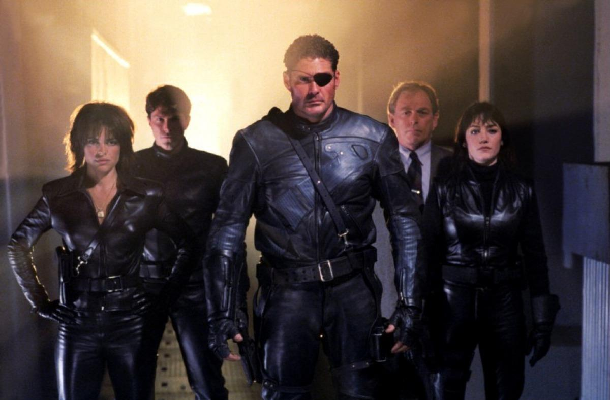 Before there was even any mention of a modern Avengers movie, Marvel were already testing the waters with this TV movie staring the head of S.H.I.E.L.D., Nick Fury. The retried old super spy, played by none other than David Hasselhoff, must don his trusty leather outfit to combat HYDRA ,who wants one billion dollars in exchange for sparing Manhattan from their Death’s Head virus.

Although the story sounds pretty close to the comic books, the film is fouled by some poor acting, mainly from Hasselhoff, who manages to turn the movie’s campiness way up to 100%, making it absolutely impossible to take seriously. Making matters worse is the constant bombardment of cheesy one-liners which make it seems as though the film’s dialogue has literally been copied straight from the comic books. Curious Marvel fans are better off sticking to The Avengers, one of the better comic book movies around.

Lets be honest, you knew this one was coming. You may have even gathered that Cat Woman would be in this list from Top Ten Sexiest Comic Book Women of All Time.

As with all the films in this article, there is no reason why a Cat Woman film couldn’t work, as there’s plenty of interesting source material to go by, and the character has made many successful appearances in previous films and cartoons. But for whatever reason, we got a film which sees Halle Berry pretending to be a cat, wearing a funny costume and beating up some baddies, very poorly may it be noted. You know its bad, we know its bad, Halle Berry certainly knows its bad, so if you’re fortunate enough to have avoided it, count yourself lucky.

Of all the films based on comic books, none are more infamous or more awful than 1995’s unreleased Fantastic Four film.

It all started in 1986 when producer Bernd Eichinger and Marvel Comics legend Stan Lee bought the option from Marvel to make a Fantastic Four film however the duo couldn’t find a production studio to back the project. Faced with the option to make a film expiring in 1992, Lee and Eichinger felt they had no choice but to make a low-budget film with no intention whatsoever of ever releasing it.

The result? Well, just look at the trailer above. Fantastic Four is the absolute worst comic book movie. The film has still never been released, but die-hard Marvel fans can rest easy in knowing that if you dig deeply enough, you’ll find yourself a copy. Just don’t say we didn’t warn you.

How Does NFC Task Launcher Work?

Google Keep is Officially Launched: Is it a Keeper?

Red Sonja has haunted me my entire life….I hate it with every fiber of my being.

First, the Thomas Jane Punisher was a good movie even if some think it’s not Punisher-y enough. Second, Tank Girl rocked, it was tongue in cheek fun. You’re mostly aware of tongue up ass so you might not be familiar with the concept. Lastly, Red Sonja, regardless of it’s quality, was based on Robert E. Howard. It doesn’t matter if they threw a comic book in between.

Cudmucker  Tankk Girl was boring and awful. The Thomas Pane Punisher was horrible also. Fair enough it wasnt “Punisher” enough, but it was like a lae early 90s christopher lambert movie, and TJ was a terribile choice for Punisher.

CudmuckerThanks for the comment Cudmuker. I’ll just pretend you didn’t insult me over a film as unimportant as Tank Girl.
I used to be able to look past Tank Girls problems and enjoy it for its absurdity, but as time’s gone on those issues have become glaringly obvious. I’m sure the film makers had good intersessions, but it’s too bad a film to event try and defend.

How is Shaquille O’Neal’s ‘Steel’ not on this list???

MegaWestgarth AndrewArnold  Umm, when did I insult you over ‘Tank Girl’?  I’ve never even seen it.

MegaWestgarth enjoyed it but it didn’t do well and I’m pretty sure another is off the books. 🙁

That Dr. Doom is still better than the one we got in the “actual” Fantastic Four movie.

I was on Liberty Island for the “new” Fantastic Four premier, because my dad thought it would be “sweet” (didn’t realize that I wasn’t too keen on the idea after the 1995 one and not the biggest fan of most adapts). Thunderstorm came out of nowhere! I have the feeling that Thor wasn’t too keen on the idea either.
Also, totally, totally agree on most of this list especially Tank Girl… Hewlett (might have) helped with a little of the animation sequences but other than that he barely touched that awful thing. Tragic, awful thing.
ps.  I’d like to make my own honorable mentions… Watchmen and (might just be personal opinion) Swamp Thing.