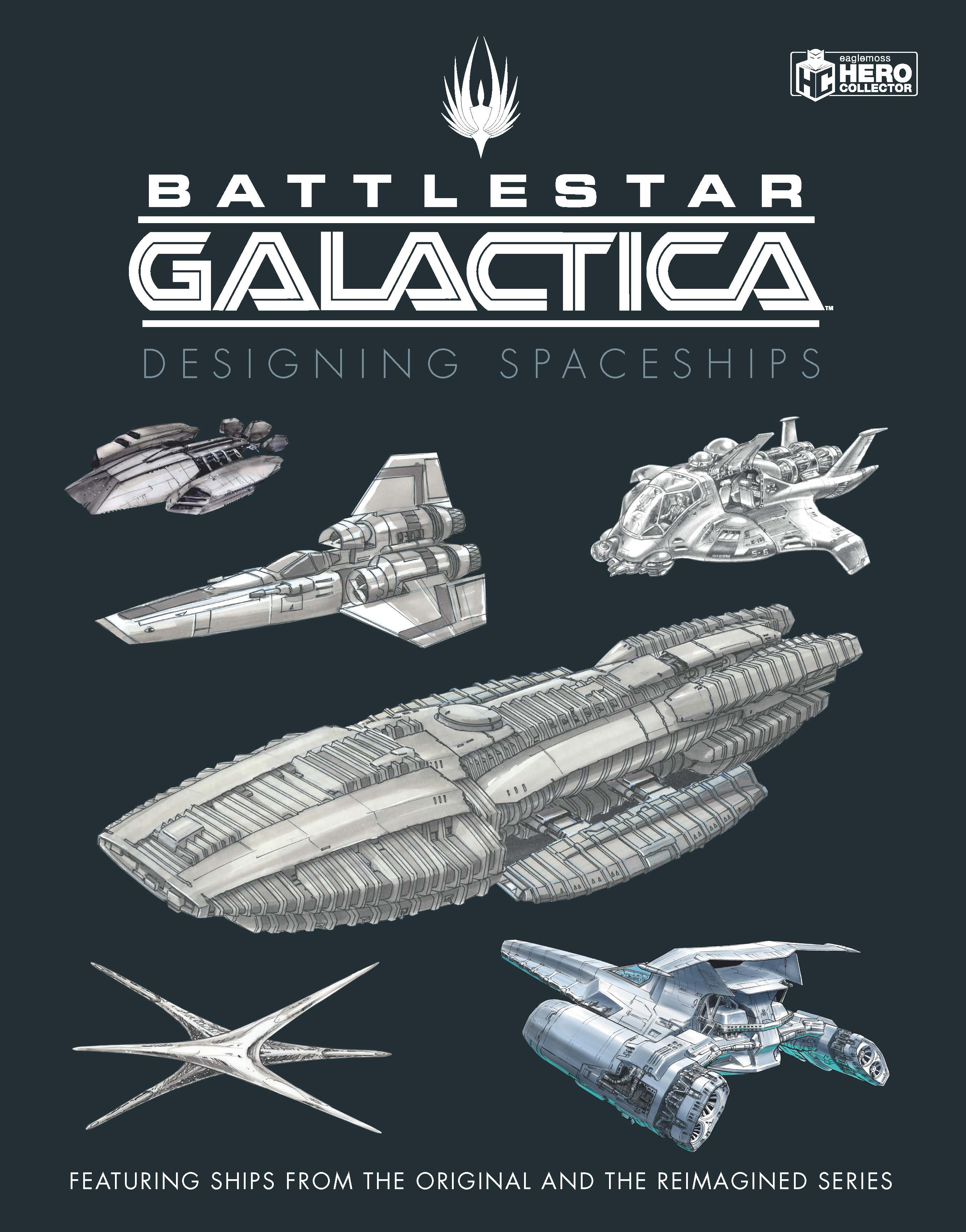 New York, NY, October 25, 2021 — Battlestar Galactica: Designing Spaceships is a superlative behind-the-scenes guide that looks at the creation of the spaceships featured in both the beloved science-fiction series that debuted in 1978 and the award-winning reimagined show that premiered in 2003. Written by Paul Ruditis, Mark Wright and Ian Spelling for Hero Collector Books, Battlestar Galactica: Designing Spaceships shines a spotlight on 18 ships from the two shows, including vessels of the Ragtag Fleet and those of the Cylon enemy, specifically the Galactica herself, which was part war machine and part Noah’s Ark, as well as Vipers, Cylon Raiders, and more.

Wright explores the art of ship creation, from the very first sketches to the modelmakers’ finished designs. The book’s 200 pages are packed with original concept art from designers Eric Chu, Andrew Probert, and the legendary artist Ralph McQuarrie, much of it rarely before seen.

Battlestar Galactica: Designing Spaceships will be released on November 16, 2021, priced at $34.95 in the U.S. and $44.95 in Canada. It’s available now for pre-order at penguinrandomhouse.com.

Mark Wright is a journalist and author and has written many audios, short stories and comic strips featuring new adventures for Doctor Who, along with tie-ins to other series such as The Power Rangers and The Sarah Jane Adventures. He is a regular contributor to Doctor Who Magazine and co-wrote Hero Collector’s recent book, The Borg and The Delta Quadrant: Akritirian to Krenim.