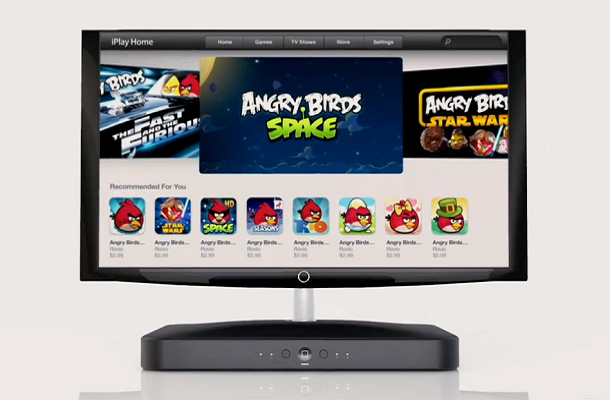 In keeping with the game industry’s tradition of pranking its customers, April Fools Day was full of silly jokes that include Apple’s foray into the games console market, a Kim Jong-Un centric mobile app and many more. Check out the best of gaming’s April Fools Days jokes below. 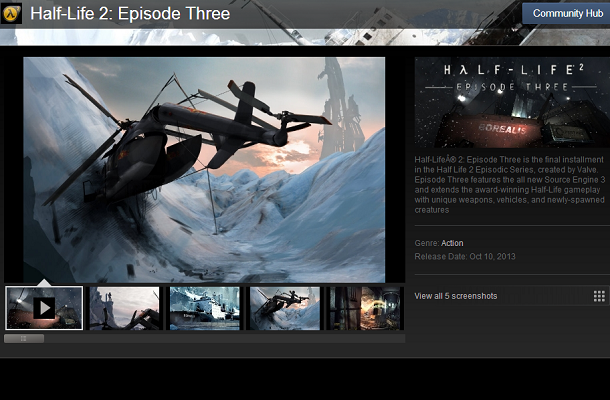 Those poor Half-Life fans. Despite being the international day of pranks, gamers the world over leapt out of their chairs in excitement at seeing the eagerly anticipated Half-Life 2: Episode 3 appear on Valve’s Steam store. Their elation soon turned to embarrassment however when, after a few seconds on the site, a message appeared telling them they had been pranked by CheapShark, a video game bargain hunting website.

The imitation website came with seemingly legitimate screenshots of a crashed helicopter, snowy landscapes and the missing ship The Borealis, which all fall in line with the events of previous Half-Life games. The site, as well as its promise of October 2013 release date, is one particularly cruel April Fools Day joke that won’t be forgotten any time soon. 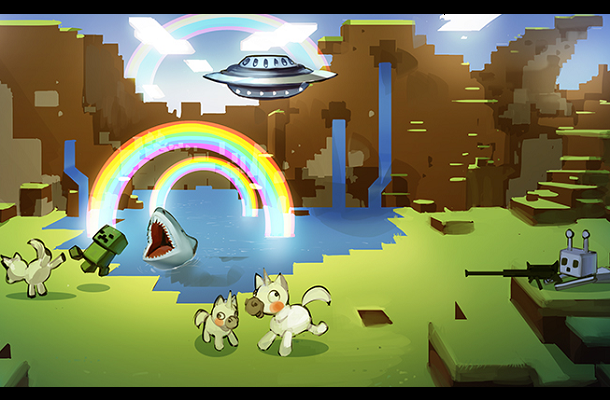 When indie developer Monjang announced this new update to their insanely popular game Minecraft after two long years of development, it seemed too good to be true. That’s because it was.

According to Monjang’s official blog, Minecraft 2.0 would come with ridiculous new features such as “patent-pending experimental 4D-rendering” and a “new chase-style 3D camera perspective”, as well as many other pointless new items such as diamond chickens, slabs of TNT and a “Redstone Block Block”.

Monjang even released their fake new version to select members of the Minecraft community in order for them to make preview videos to further fool Minecraft fans. A fantastic prank by the developers of the blocky building game.

Nowhere’s safe from the pranks of jovial game developers, not even the seemingly serious developer commentaries for stealthy first person shooter Dishonored.

What starts as a standard description of the game by co-creative directors Raf Colantonio and Harvey Smith, soon turns to utter silliness as the duo reveal completely made-up aspects of Dishonored’s design.

According to the two co-creators, enemies can die of old age, players can possess doors, and almost a year was spent designing one single in-game light. Their consistently serious tone only makes the commentary all the more hilarious and is truly a highlight of this year’s batch of April Fools Day jokes.

With no controller, hardly any buttons, and and the ability to do pretty much everything every Apple product can already do, the iPlay offers the ultimate gaming experience that requires you to do absolutely nothing as you “play” your favorite games. I’ve and his band of trendy visionaries go on to describe the selection of games as the only ones Apple customers need i.e. Angry Birds, Angry Birds Space, Angry Birds Star Wars, and the new Angry Birds Fast and Furious.

The whole presentation was of course a a prank devised by gaming website IGN to poke fun at Apple’s products and the way that they market them.

The successful mobile app Draw Something by Omgpop has become so successful that a specialised version for North Korean audiences has been released.

As seen in the video above, Draw Something: Kim Jong-Un allows humble Northern Korean citizens to draw their benevolent and fearless leader partaking in numerous activities far beyond the capabilities of any normal man.

Wholesome North Korean families can gather around their state provided tablet and guess what marvellous feats Kim Jong-Un is being drawn achieving. There’s surely no doubt that North Koreans will love this innovative new game, after all, as stated in the description of the YouTube video, “fun is mandatory for all ages”.

Your would be forgiven at first glance to dismiss Super Adventure Box as just another April Fools Day joke like all the others. However, the seemingly fake add-on for MMORPG Guild Wars 2 isn’t just a joke, it’s also an actual, playable addition to the game.

Until the end of April, Guild Wars 2 players will be able to purchase the in-game console, the Super Adventure Box. Once they’ve entered the game-within-a-game, players will find themselves in a delightfully colourful, 8-bit inspired, retro gaming throwback. During the quest to save a captured princess, players must jump over bouncy mushrooms, defeat snakes with sailor hats on, and get precious loot that can be taken back into the “real” Guild Wars 2 world.

Super Adventure Box is by far the most enjoyable and well thought out April Fools Day joke of the year. Although the extra content is only officially available until the end of this month, the incredibly warm reception it has had by players will hopefully see it stick around for longer.

Another year, another collection of silly jokes

April 1st is truly both the best and the worst day to be on the internet. But are there other jokes that you think deserve to be in this article? We’d love to hear from you, so leave a comment below!